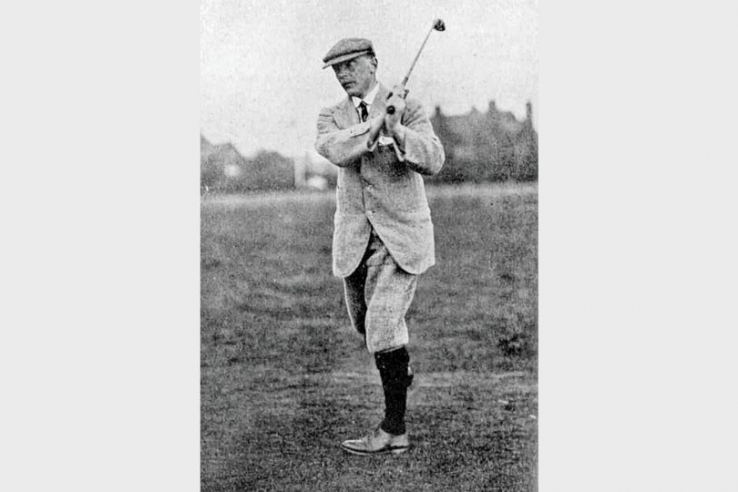 Harry Colt was a Cambridge University-educated Lawyer from the West Midlands in England. A proficient player, Harry Colt captained the Cambridge golf team. After graduation, he lived and worked in Hastings, a short journey from Rye. As a member and capable player, he was given the opportunity to redesign the links with the help of Douglas Rolland. The same year he was appointed to serve as the club's honorary secretary.

From Rye to Sunningdale

In 1901, he applied to be the secretary of the Willie Park Jr layout, Sunningdale. From his arrival until his departure in March 1913, Harry made continuous improvements to the layout. His design work was not limited to just Sunningdale. During this period, numerous courses were developed in the Surrey heathland and also in Scotland at St. Andrews. His work at the home of golf cemented his reputation as the world's leading golf course architect at that time.

During his time at Sunningdale, the demand for his services steadily grew. Harry Colt had so much work he took on an associate, Hugh Alison, in 1906. In 1907, Harry Colt was asked to provide a second opinion at Alwoodley. The secretary and architect of the course? Dr Alister Mackenzie. The relationship forged during the subsequent years would result in the formation of Colt, MacKenzie & Alison in 1919. By 1923, MacKenzie had left the firm. He was replaced in 1928 by another Cambridge golf captain, John Morrison, creating Colt, Alison and Morrison Limited.

At home and abroad, he designed world-class golf courses. In Ireland, Royal Portrush has hosted the Open Championship. Colt's additions at Pine Valley in America with George Crump make it the perennial number one golf course in the world. Additionally, Toronto Golf Club, one of Colt's designs in Canada, is ranked amongst the country's very best.

We wish to thank friend of Evalu18 and collaborator, Keith Cutten, for the material for this short biography. For a more detailed account, you can find his book by clicking here. Harry Colt is perhaps best known for his book, Some Essays on Golf-Course Architecture.

Harry Colt felt courses should reside in the land as opposed to upon it. Courses should be a part of the natural landscape.

Bunkering on Par 3's is usually odd-numbered. Artificiality and symmetrical hazards were avoided at all costs.

Most greens are square or rectangular. Despite this inclination, variety in size was a hallmark in contrast with many contemporary architects.

Hollows were often used for pot bunkers. Rises were used to introduce a bank.

Course maintenance was important - never were mowing lines to look as though they were set out using a measuring rod and garden line.

Green sites were often situated, in preference, on ridges, plateaus and then punchbowls. The wide hog's back was considered to be the preferred choice.

Bunkers were often built when green sites were constructed. Fairway bunkers were introduced ideally following play of the course.

For more information about The Harry Colt Project click here