This is Alister MacKenzie's original layout. The short two-shot holes are some of the finest ever laid. 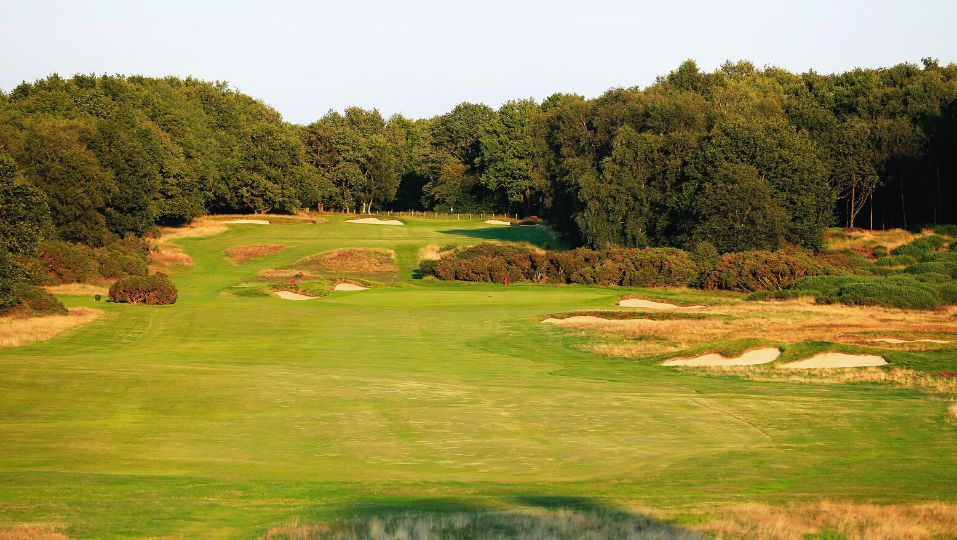 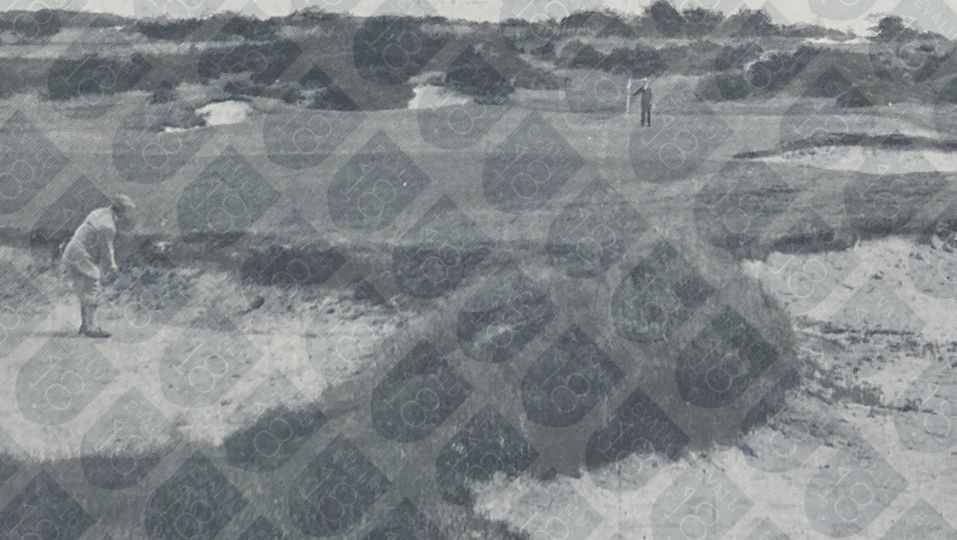 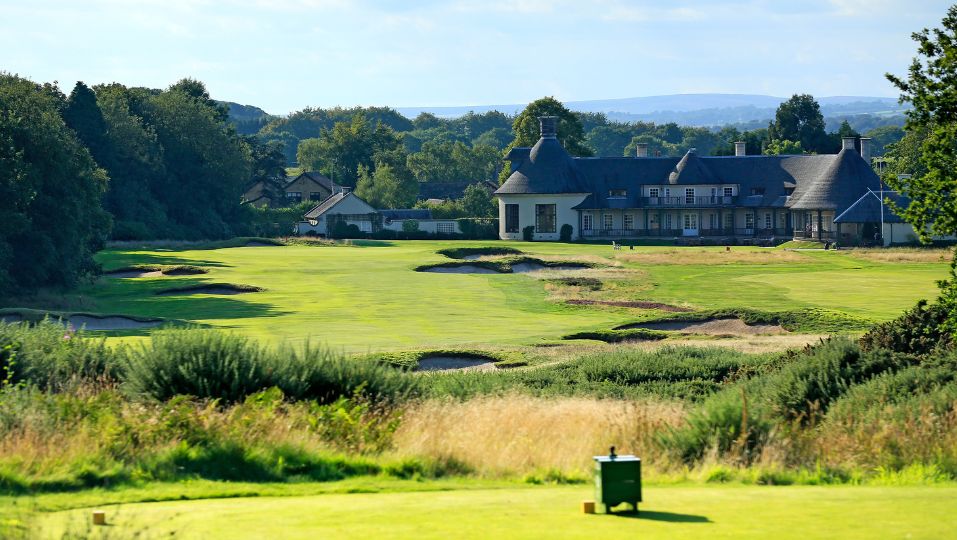 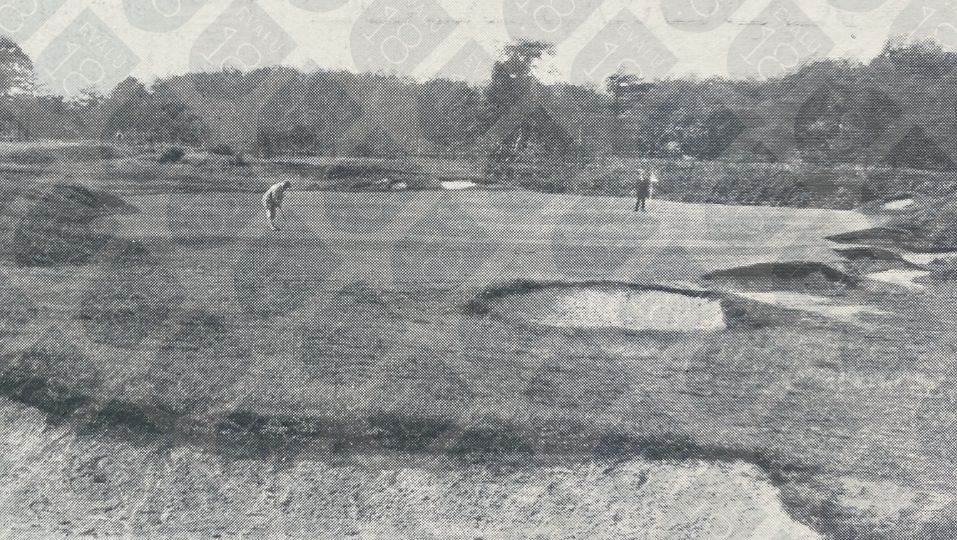 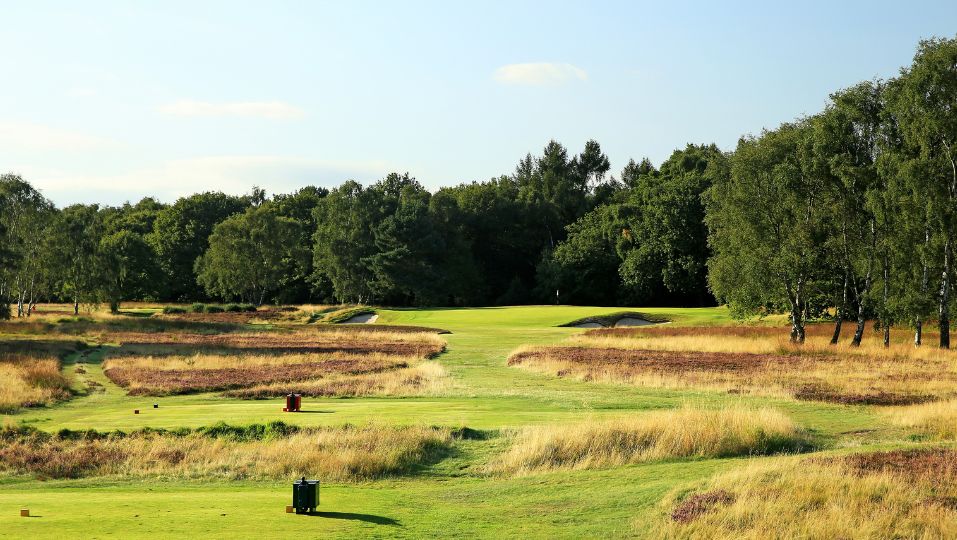 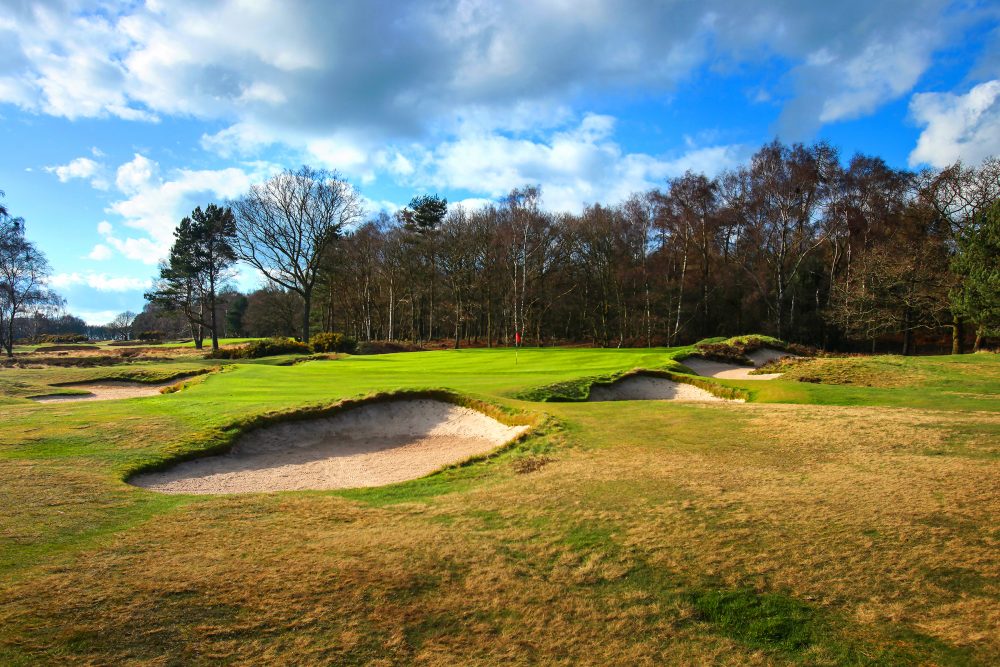 Alister MacKenzie wrote in 1925 that the course was built on heavy clay with few natural features. He added that the course was entirely artificially created. Before construction could begin, the bog needed to be drained using 'mole drainage'. It is thought Alwoodley GC was the first course built using this method.

This appears to contradict what was written in 1909 when it was suggested it was built on very fine sand, fine grass, heather free from worm casts and mud. Interestingly, it was reported that the course was laid out by a committee supported by Harry Colt, with no mention of Alister MacKenzie. This is not surprising as MacKenzie was still cutting his teeth and was a couple of years before his widely publicized breakthrough with the Lido Competition that would make him a household name.

Another first, as reported in 1909, was the construction of bunkers at Alwoodley Golf Club that took inspiration from the great seaside links. The bunkers were said to 'overhang a little at the top' preventing the ball from running through them, they 'but have so much slope at the bottom that the ball invariably rolls some distance from the face and can easily be got well out with a good... shot.'

The bunkers were 'made rugged, irregular and natural-looking.' They were 'all different, and many of them look as if they had been cut out of natural mounds.' It would appear the partnership of Colt and MacKenzie flourished with Alister MacKenzie providing hillocks and hummocks indistinguishable from nature Herself and Harry Colt ripping bunkers from their faces.

The design also appears to have been one of the pioneers of 'strategic inland design.' A well-placed tee shot 'opened up the hole' and 'the hazards (were) designed not simply to punish bad shots...' but were sited 'with a view of making every shot of interest...'

In 1925, Dr. Alister MacKenzie wrote that Alwoodley Golf Club measured 6300 yards and could be extended an additional 2-300 yards if needed. The good Dr. wrote that the course was constructed according to his ideas and every hole was 'interesting, exciting and absolutely fair'.

The four short holes were described as 'full of character and interest' with the variety coming from tee position, pin position, and wind. The long holes were described as demanding 'extreme accuracy (from the tee) for the approach to become an easy one and par figures to be obtained.' In his view, Alwoodley Golf Club exemplified three important features architecturally: visible greens, true approaches, and the absence of blindness.

Alister MacKenzie was asked in 1925 what he would change if given the opportunity. He made five suggestions for changes to the 3rd, 9th, 10th, 11th, 12th, and 14th holes.

The 3rd, 9th, and 12th were singled out for the hummocks to be rebuilt - making them more natural in appearance and 'indistinguishable from Nature herself.' He blamed the Keeper of the Green for their contrivance but explained they were his first attempt at making the small hills.

Another option for the bunkering on the 3rd was to construct a line of bunkers 'running in echelon from left to right from the tee.' A diagonal cross hazard, or echelon bunker, was taken directly from Harry Colt's playbook at Sunningdale.

Very intriguing is the suggested change to the 10th - a par 5 that was the inspiration for Augusta National's 13th. Alister MacKenzie wrote this was the only 'natural green' on the course and was always meant to be 'temporary'. Surprisingly, he revealed the original idea was to construct a new green in the field behind the current green. Apparently, at the time, the land could not be acquired. In 1930, the green was moved 40 yards back making good on Alister MacKenzie's original plan.

The proposed change to the 11th was to include a tee 'on a higher level' to give 'a better view of the green'. The was also eventually seen too with the remnants and silent witness of the original tees removed in 2005. The original 11th green site still lies in the trees to the right of the current green site. It was reconstructed when the new 10th green was built.

The final tweak was to Alister MacKenzie's Eden Template Hole, namely the 14th. The Strath bunker (on the right side) didn't appear to be 'natural' and should be filled with sharper sand found at Sand Moor. All in all, Alwoodley passed the 'passage of time 'test with flying colours.

Of note, two greens have been moved from their original location: the 6th and 11th. These changes were not mentioned by Alister MacKenzie in 1925 and as such must have enjoyed his smile of approval. The adjustments were made early on, just 5 years after opening in 1907 and before WW1.  (Content Credit: Alwoodley Golf Club/ Quote Credits: Golf Illustrated)

It was the bunkering that was primarily replicated. For example, the Road Hole bunker on the 8th, the Strath and Hill bunkers on the 14th, and the Principal's Nose on the 17th.

Other holes at Alwoodley Golf Club have been used as templates at other golf clubs. Most notably, the famous 13th at The Masters' venue, the Augusta National Golf Club.

In 1992, Alwoodley Golf Club adopted the policy to maintain and manage the course as closely as possible to the original Alister MacKenzie design concepts. Six years later, in 1998, every green on the course was relaid.

Recently, Ken Moodie has added some length and restored the bunkers. Now stretched to over 6,900 yards it plays to a par of 71, the work was done in preparation to host the 2019 English Open Amateur Strokeplay Championship or Brabazon Trophy.

Up and coming golf course architect, Clyde Johnson, has been involved in restoring the nuances to the MacKenzie original. Alwoodley is one of 15 clubs in the renowned Alister MacKenzie Society, with Moortown Golf Club as the only other English entry.