Small greens and tight fairways may not be the ideal tagline but it seems to work here! 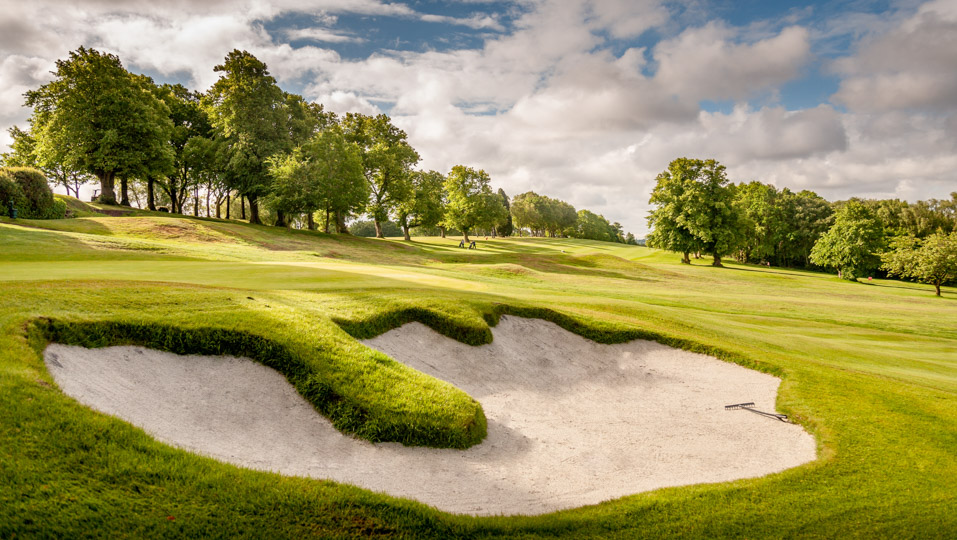 A difficult course due to its smallish greens, runoff areas, and undulations, it plays to a par of 69 and tips the scales at just over 6,100 yards from the back tees.

The course was included in Peter Alliss' list of his Top 200 UK golf courses.

Edgbaston Golf Club dates back to 1896 but the current course is a Harry Colt designed parkland from 1937. The course never really matured before the Second World War and it was fully re-opened in 1950. The original Edgbaston Golf Club was at Warley Woods from 1896 until 1910 and at Tennal Hall from 1910 until 1935.

A difficult course due to its smallish greens, runoff areas, and undulations, it plays to a par of 69 and tips the scales at just 6,128 yards from the tips. The routing is original Harry Colt. It is thought that this is Harry Colt's final solo work. The course's construction was carried out by Franks Harris Bros. The course was ceremonially opened by Neville Chamberlain, then Prime Minister and MP for the local area.

The current layout has a single three-shot hole and four one-shot holes. The balance of the holes are two-shot holes that range from 280 yards to 456 yards.

The course prides itself on its pristine condition. Recent work to overhaul all of the bunkers has been completed and restored to their original Harry Colt aesthetic in 2019. The club also benefits from a driving range, flood-lit short game area, and a 9 hole Par 2 course for practice 80 yards and in.