It should be on the dream list of any serious golfer. It is a perennial contender to be named the greatest golf course in the world. 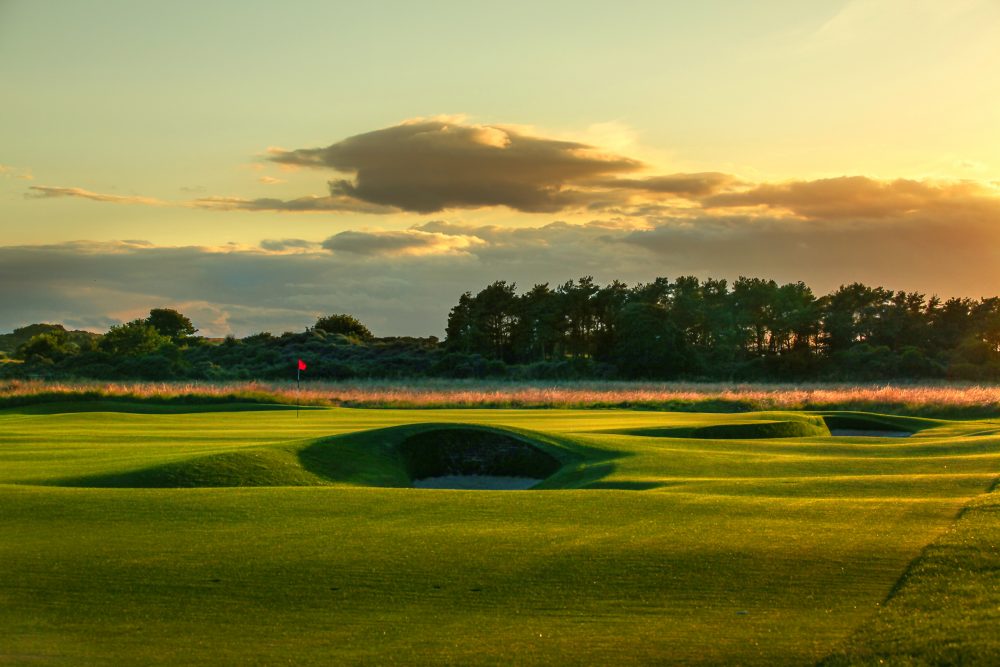 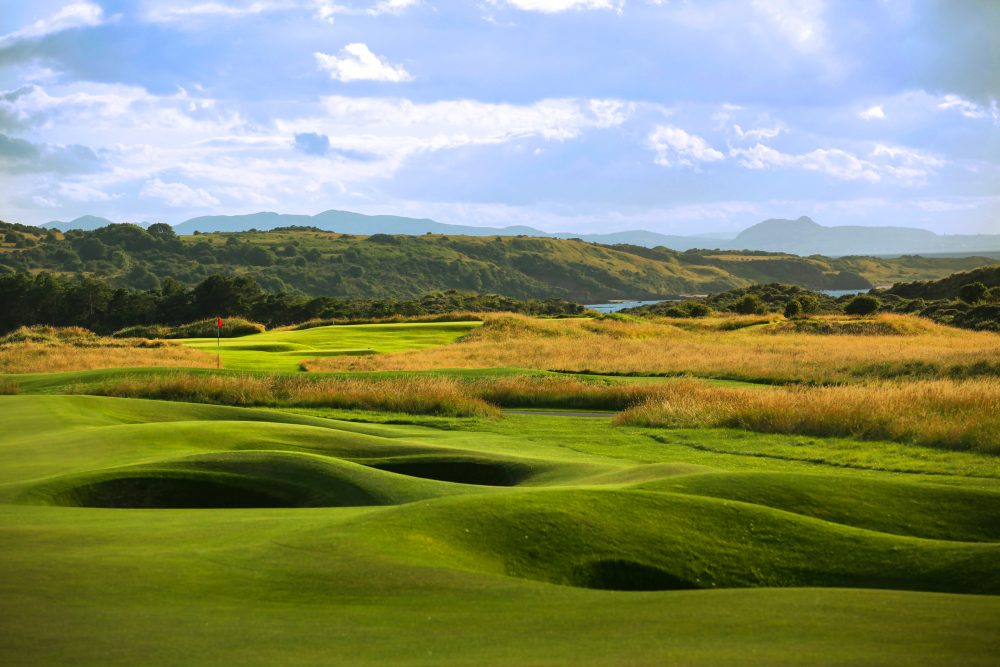 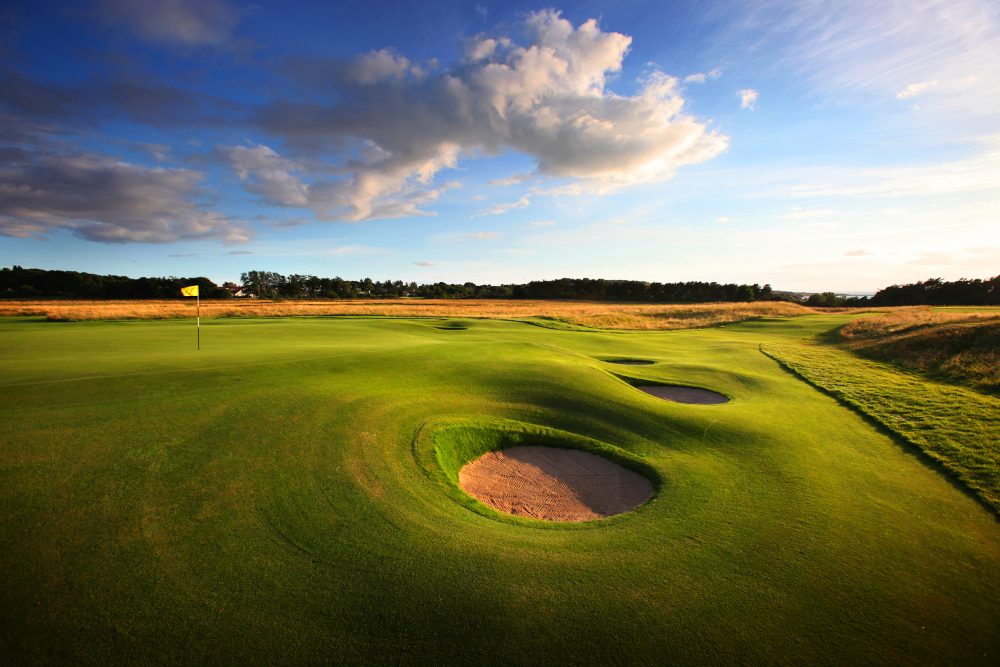 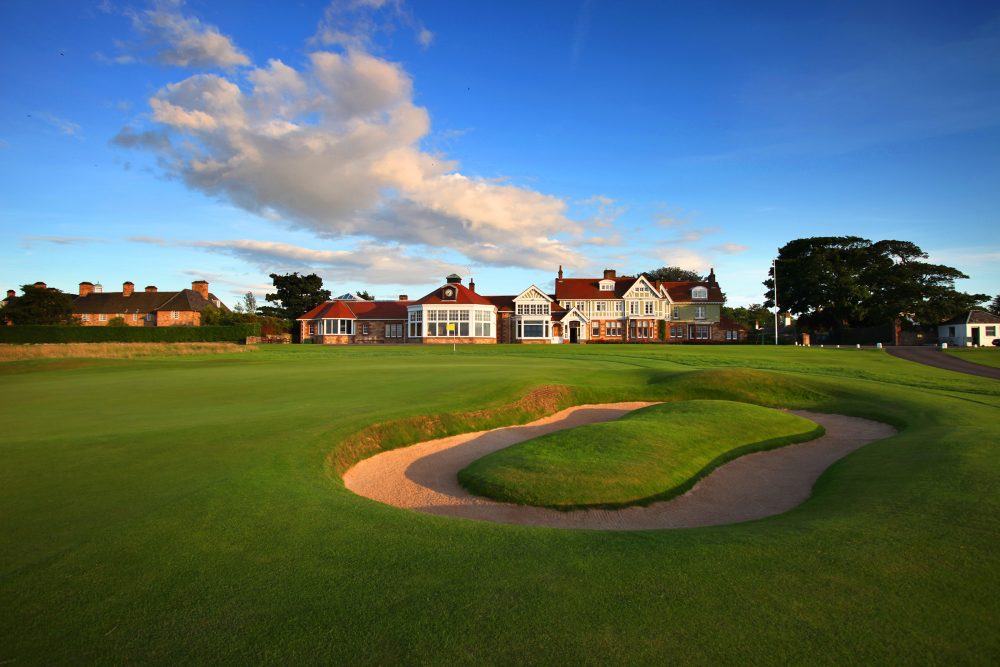 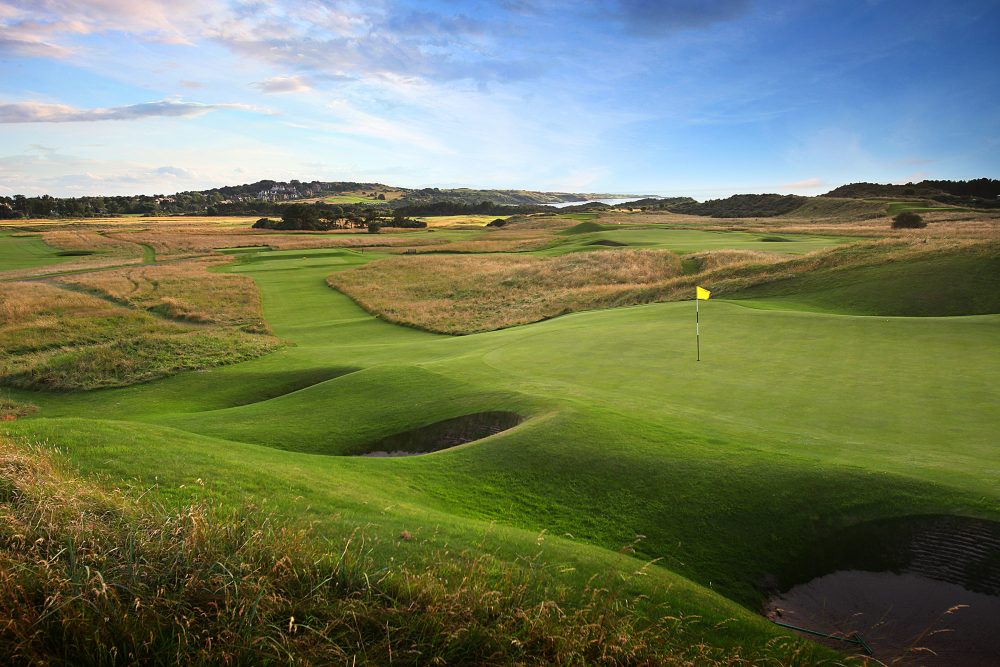 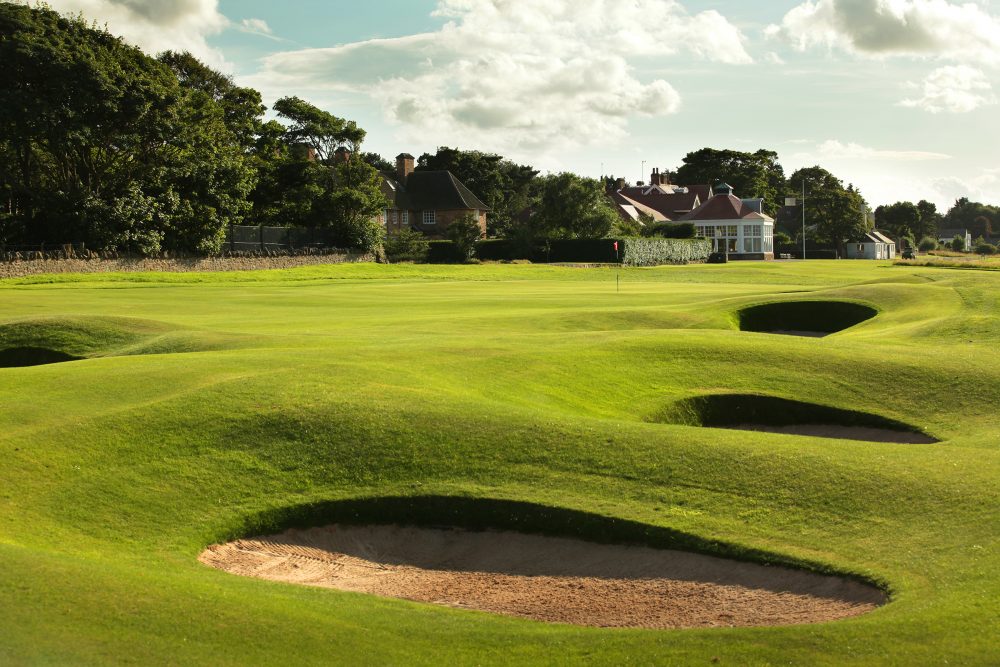 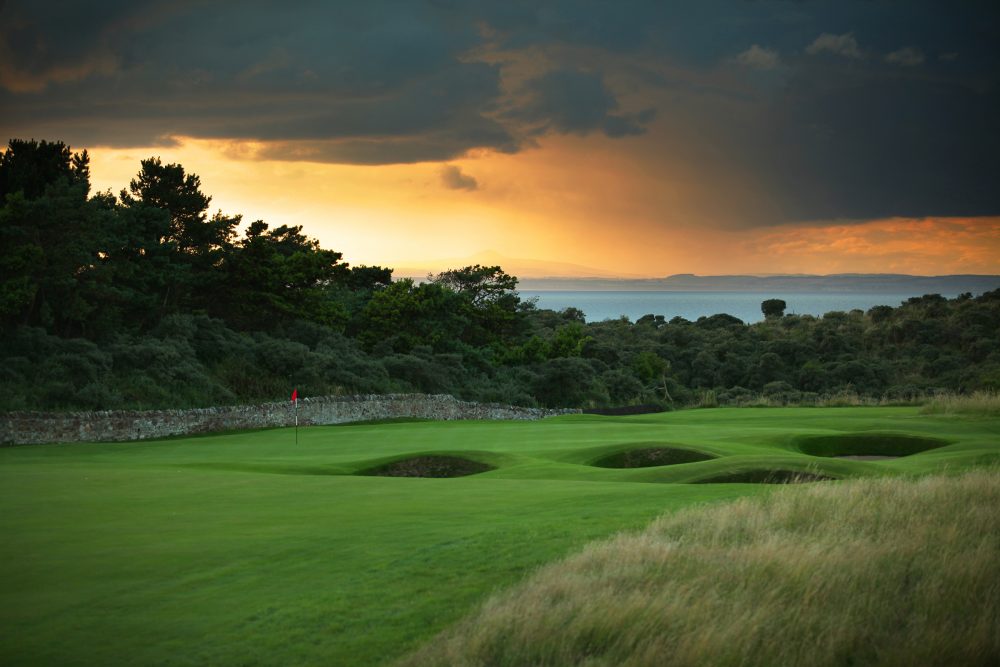 Muirfield, also known as The Honourable Company of Edinburgh Golfers, is the complete experience of golf anywhere in the world.

The renovation to the clubhouse completed in 2019 is spectacular. Attention to detail (down to the bespoke woven carpet incorporating the HCEG monogram), preservation of its regal craftsmanship, and the addition of many artifacts of outstanding merit, not only to the Company but golf itself, are on display. The historical routing maps, first editions of architectural titles in the library alongside artwork that has emerged from Muirfield archives make this a veritable museum.

Another addition to the revamped clubhouse is the ladies’ locker room. Perhaps the most important addition for visitors is the gift shop. The selection of wares on offer is, as expected, of exceptional provenance and refined taste. The members can choose from items with the elegant HCEG monogram where guests may purchase the monogram along with the words MUIRFIELD underneath.

A Member's Day at Muirfield

The members play foursomes in the morning, return to the clubhouse for a silver service carvery in a jacket and tie before returning to the course for the afternoon match. The traditional club match is a 36 hole affair that takes priority on the course. Time is of the essence on the course, but a more relaxed pace in the clubhouse pervades. It is refined but not contrived, forced, or stuffy.

The clubhouse sits at the end of a long drive off the main road which services Gullane. Modest and understated, the drive is flanked by houses on the left and fields on the right until you arrive at the members’ covered garages and the grand Greywalls Hotel & Chez Roux. At the end of the drive is a vehicle gate and pedestrian gate that once walked through allows you an elevated view across not only the links but the Firth of Forth and the Kingdom of Fife opposite.

The view from the clubhouse reveals Muirfield’s first secret. The links are set upon a hilltop rather than against the forth. Grey-stone walls flank the course on three sides. The trees behind those walls give it a stadium-like feel. The far side of the open vista tumbles down the hillside to the private beach available to members and guests.

Routing is one of the courses’ most significant aspects. The outward nine loops clockwise adjacent to the perimeter of the site. The inward nine circles counter-clockwise within it. The routing allows a frequent change in direction which affords infinite variety.

Perhaps the reason why it is so successful is the characteristic that accentuates it so well. What in particular? Virtually imperceptible change in elevation. For example, a gentle opening hole followed by a subtle, downhill second hole means the third tee is almost at the lowest point of the property. Only looking back from the third green to the tee, do you realise how much you’ve fallen then climbed. The third through sixth and the eleventh through the fourteenth also benefit from this subtle characteristic. Of note, the only discernible downhill tee shot is twelve, and this may be more to do with your view of Gullane Hill than anything else. The single apparent uphill tee shot is the thirteenth, which again is deceptively long despite innocuous yardage.

The revetments and bunkering are perhaps some of the best in the world. Strategically placed, they present an honest challenge to the golfer. The course is gentlemanly in its approach. It plainly shows you what is required and leaves you the choice, rewards, or consequences depending upon whether you respect or rise to the challenge. Bunkers are not immense, but the shaping around them means they affect a greater area than the footprint of the bunker itself.

The one-shot holes, of which there are four, are superb. All are memorable and present a different challenge. Two of the four are about 150 yards in length and the other about 180 yards. Of particular note is the fourteenth. A false front will reject anything feeble. A punch bowl of sorts, most balls that land near the green will end up in one of five pot bunkers. Club selection is paramount as the prevailing wind often helps and moderate yardage betrays the fact this hole has some bite.

There are three par fives at five, nine, and seventeen. Perhaps the most critical and overlooked requirement of a good par five is the second shot. In this regard, the ninth is magnificent. The ninth makes use of the boundary wall, and the orientation of the green emphasises a well-placed second. From the tee, if O.B. is respected and the left fairway bunkers are given a wide berth, a precise second is required to make the green in three. A careful tee shot means a more demanding layup for the second. An aggressive tee shot successfully placed taunts the player to thread the eye of the needle for the green in two. Anything short or left is gathered up by the bunkers, and any advantage from a stellar tee shot evaporates instantly.

Some would say it is not a traditional, seaside links. Some may hold the thick and heavy rough against Muirfield. However, in the same breath, one must admit the width is modest, if not generous. It does often seem detractors can only hold against it what it is not. If this is the criterion by which a course is to be evaluated, virtually none will fare better than Muirfield. Such is its excellence.

Tom Simpson agreed with Ruskin that “the work of man cannot be good without imperfection.” Discussing the Ideal Course, Tom Simpson wrote that a golf course with eighteen outstanding holes would leave one a nervous wreck with a broken heart. At least one indifferent hole allows needed relief. Despite the indifference, perfection would still be achieved. Perhaps Muirfield is so good that there are no imperfections by which one can measure perfection. The absence of mediocrity confounds some by removing the benchmark by which all else is measured.

Muirfield is undoubtedly one of the most excellent golf courses on the planet. Quite possibly, it is the ultimate bucket list experience. Some may decry it for what it is not. However, what it is - weighs more heavily. Muirfield has reached the pinnacle of everything it does and embodies the ideals of golfing perfection.

The Honourable Company & The Open

Currently, there are no Open Championships scheduled to be played at Muirfield but it is still considered to be on the current Open Rota.