One of golf's greatest links is known for its controversial abundance of O.B. 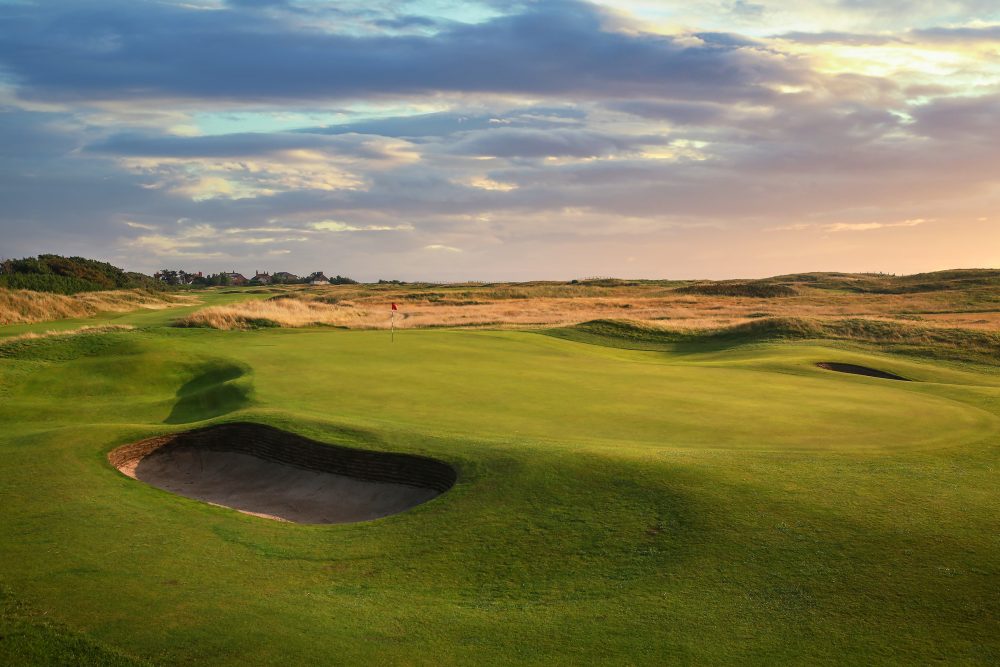 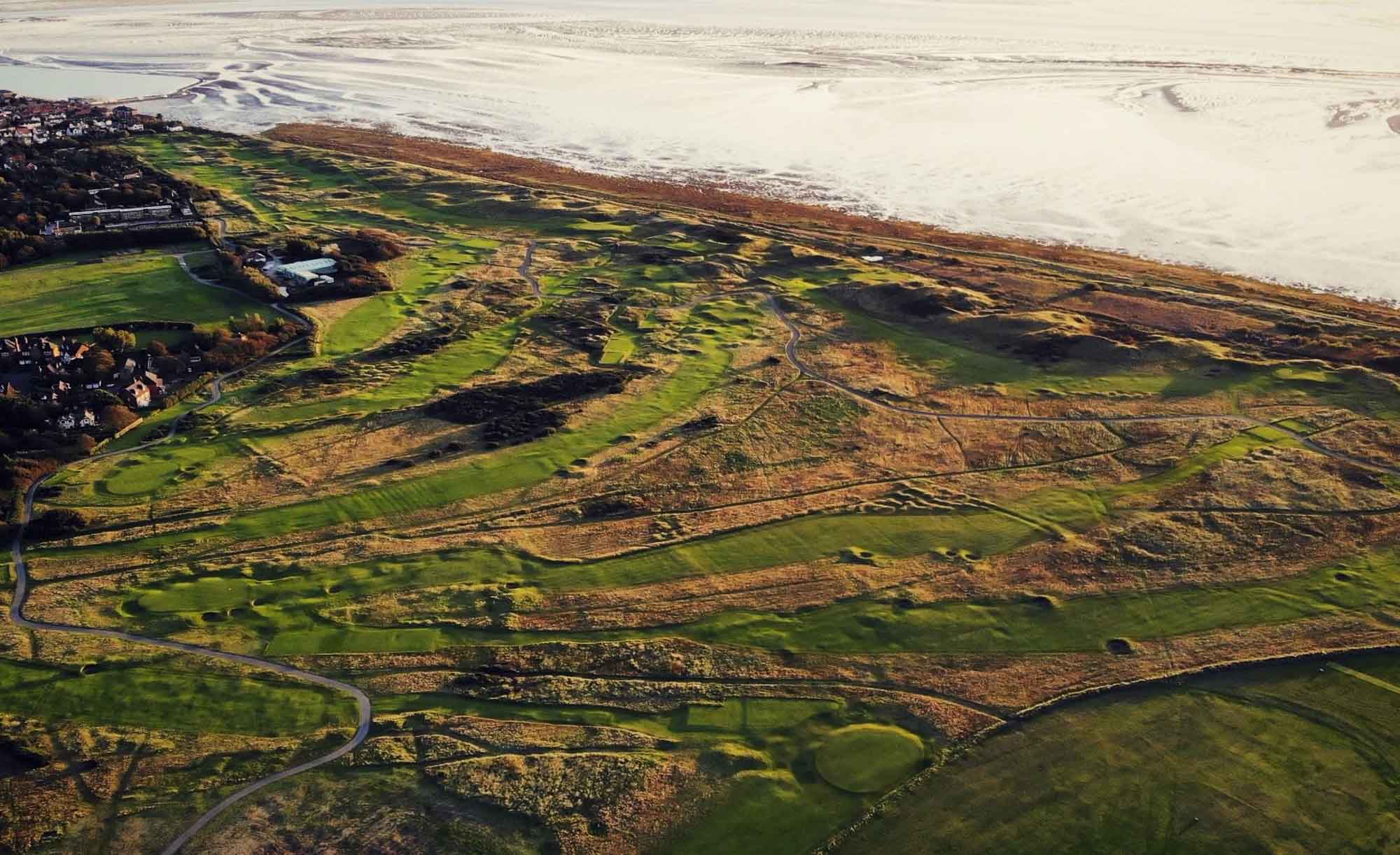 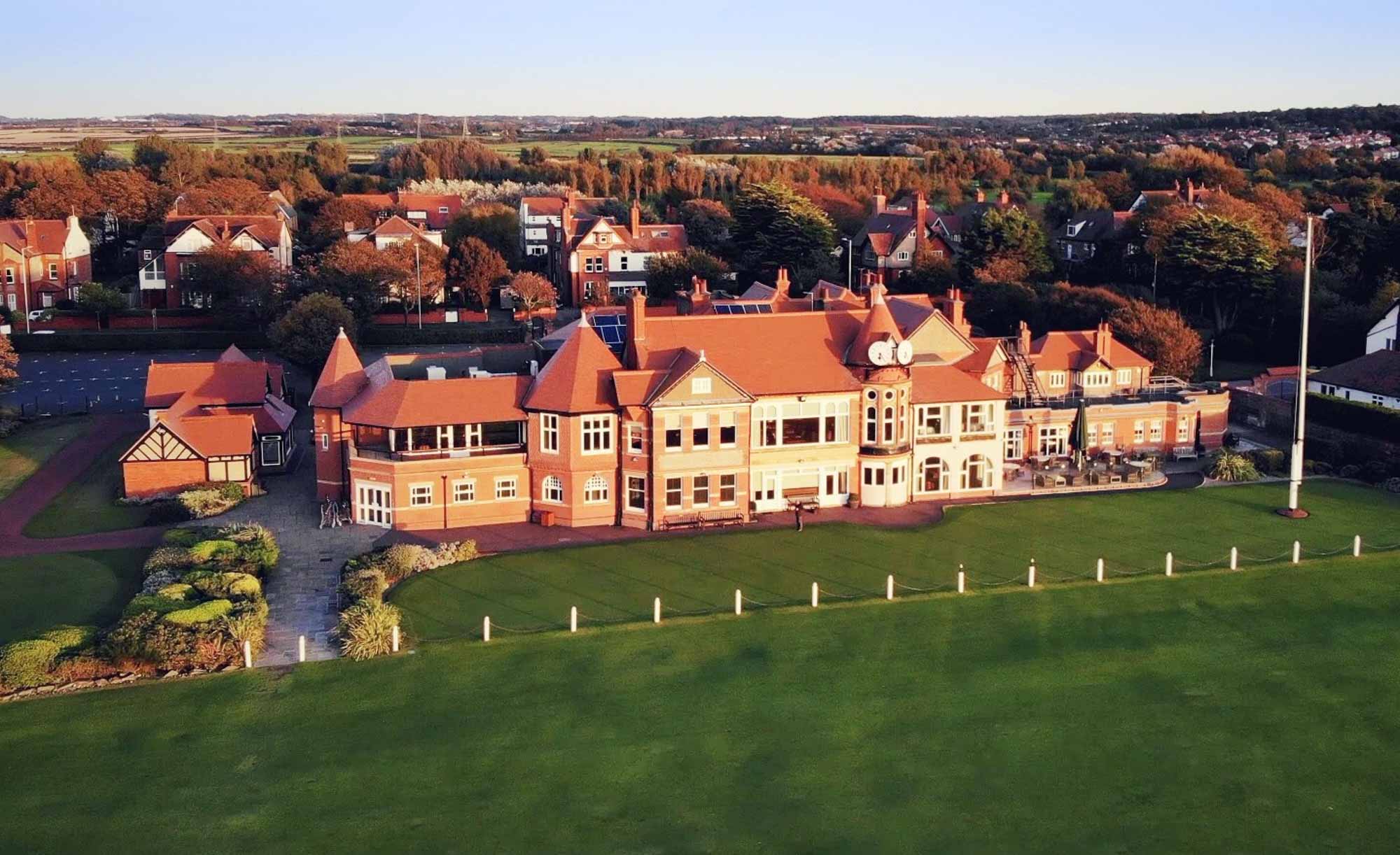 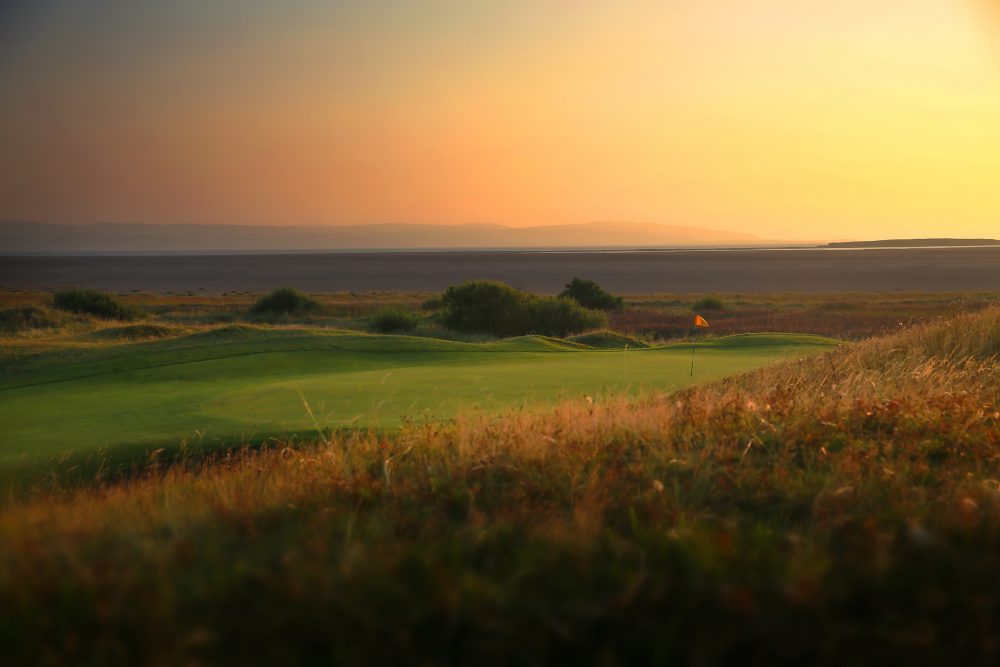 The clubhouse has one of the game's most revered collections of golf literature.

You'll find two golden pineapples on posts near the putting green. They used to be located on the entrance gates and are symbolic of hospitality.

Famous for its Out of Bounds (O.B.)– it comes into play on thirteen holes, and internally on three!

Tom Simpson considered O.B. an essential element in the merit of a course. Due to Hoylake's abundance of O.B., he considered it the finest course in England.

Small berms known as 'Cops' run throughout the course and, in some cases, designate O.O.B.

The 4th is named 'New'. Fred Hawtree designed the 'new' hole in preparation for the 1967 Open.

The tee shot on 6 plays over a corner of O.B. like a miniature 17 at The Old Course.

The 7th, named Dowie, is one of golf's greatest holes no longer to exist – the current Dowie is a Cameron Sinclair design from the early 90's.

The stretch of holes from 8 through 13 is where you see the majority of Harry Colt's work.

The truest stretch of seaside links is from 9 through 12.

Among Hoylake's most revered holes were two that have been lost: 7 & 17. Ran Morrissett likens this to the Old Course losing 11 & 17!

What was to become Royal Liverpool Golf Club was laid out by Robert Chambers and George Morris as a 9-hole course in 1869. Two years later, in 1871 it was extended to 18 holes and became the Royal Liverpool Golf Club. From the first-floor window of the clubhouse, the landscape on show looks relatively uninspiring. While the most photogenic holes inarguably lie closest to the waterfront, the architectural strengths of the holes on the flatter piece of land become more apparent the more you play them.

The current 1st (Course) and 16th (Dun) holes play over the flat ground of the former Liverpool Hunt Club’s racecourse. For the first 7 years of the golf club’s existence, Royal Liverpool Golf Club members not only had to avoid hoof prints and racecourse rails, but also hundreds of rabbit scrapes, which were regarded simply as natural bunkers. Over the years, the smaller holes were filled in and larger ones were excavated to create pot bunkers much like the ones we’d recognise today.

From its inception, Royal Liverpool Golf Club's defences consisted mainly of bunkers (pot, strip and cross), cops (some as tall as 5 feet) and rushes. Very few of these original features are recognisable today, other than perhaps the cop surrounding the practice ground. Even then, it is certainly less imposing than it appears in early photographs, and as vividly described in Bernard Darwin’s The Golf Courses of the British Isles, from 1910.

Until at least the mid-1950s, long trenches running beside Royal Liverpool Golf Club 's turf wall ‘cops’ trapped sand that was blown over the links, resulting in punishing strip bunkers. The longest and last-remaining of these hazards ran alongside the cop that still encircles the practice ground today.

Despite many writing about the mighty winds that batter the links, few realise how much those strong breezes have influenced comparatively recent course developments. Since the vast 200-yard bunker stretching along the right of the 1st hole was filled in, the level of its fairway has risen to almost a foot above that of the practice ground - a result of the sand previously trapped by the bunker now blowing freely and more evenly over the land next to the cop.

Credit is due to many members and architects for the championship-calibre 18 holes we enjoy today, but Harry Colt deserves special praise for his mid-1920s work on the 8th green (Far), 11th (Alps), 12th (Hilbre) and 17th (Royal), which vastly improved the course.

Colt’s entirely new par-3 11th Alps hole and re-imagined dogleg par-4 12th Hilbre were his combined masterstroke. These changes brought into play the most dramatic of Hoylake ’s dune land terrain, whilst opening up spectacular views over the Dee estuary and the Welsh hills beyond. Aside from some bunker rearrangements, Colt’s 11th and 12th have barely changed in almost a century, and they both remain among Hoylake ’s very best holes.

Sadly, the legendary Harry Colt 17th (Royal) no longer exists due to its difficult and dangerous approach angle into a green positioned hard against an increasingly-busy road. With shots regularly leaving the property in the direction of houses and cars, it was decided that a re-design was unavoidable. In the late 90s, Donald Steel masterminded the initial changes, and in 2010, Martin Hawtree revised the green complex. The hole we have today is one of the toughest on the course, but Colt's 17th is still remembered very fondly by many.

The Royal Liverpool Golf Club has been prepared to make significant changes to the course to ensure it continues to be used to test the world's best on golf's grandest stage.

Another hole lost at Hoylake which garnered much praise was the now-defunct 7th, called Dowie. Easier to eulogise than to play, O.B. lay beyond the cop which flanked the entire left edge of the green! When the Out of Bounds Rule was changed in 1952 – two penalty strokes rather than one – the already-challenging Dowie became one of the most feared one-shotters in links golf. Deemed too punishing even for the world's best, it was completely rebuilt in the early '90s, with Cameron Sinclair responsible for the extremely attractive, yet less-revered, hole we now play today.

In preparation for The Open Championship's return in 2023, more changes to the course are underway, with MacKenzie & Ebert leading the design work. Little Eye, the new Par 3, has not been universally applauded, least of all by its members.

Over 150 years in the making, the Royal Liverpool Golf Club is a stern-but-fair test, comprising many moments of visual and architectural magic.

Royal Liverpool Golf Club has hosted the Open twelve times and will again host the championship in 2023:

Further information on Royal Liverpool Golf Club and its history can be found in Scott Macpherson's book, Golf's Royal Clubs.