Northern Ireland's only Open venue is a pure links in every sense. 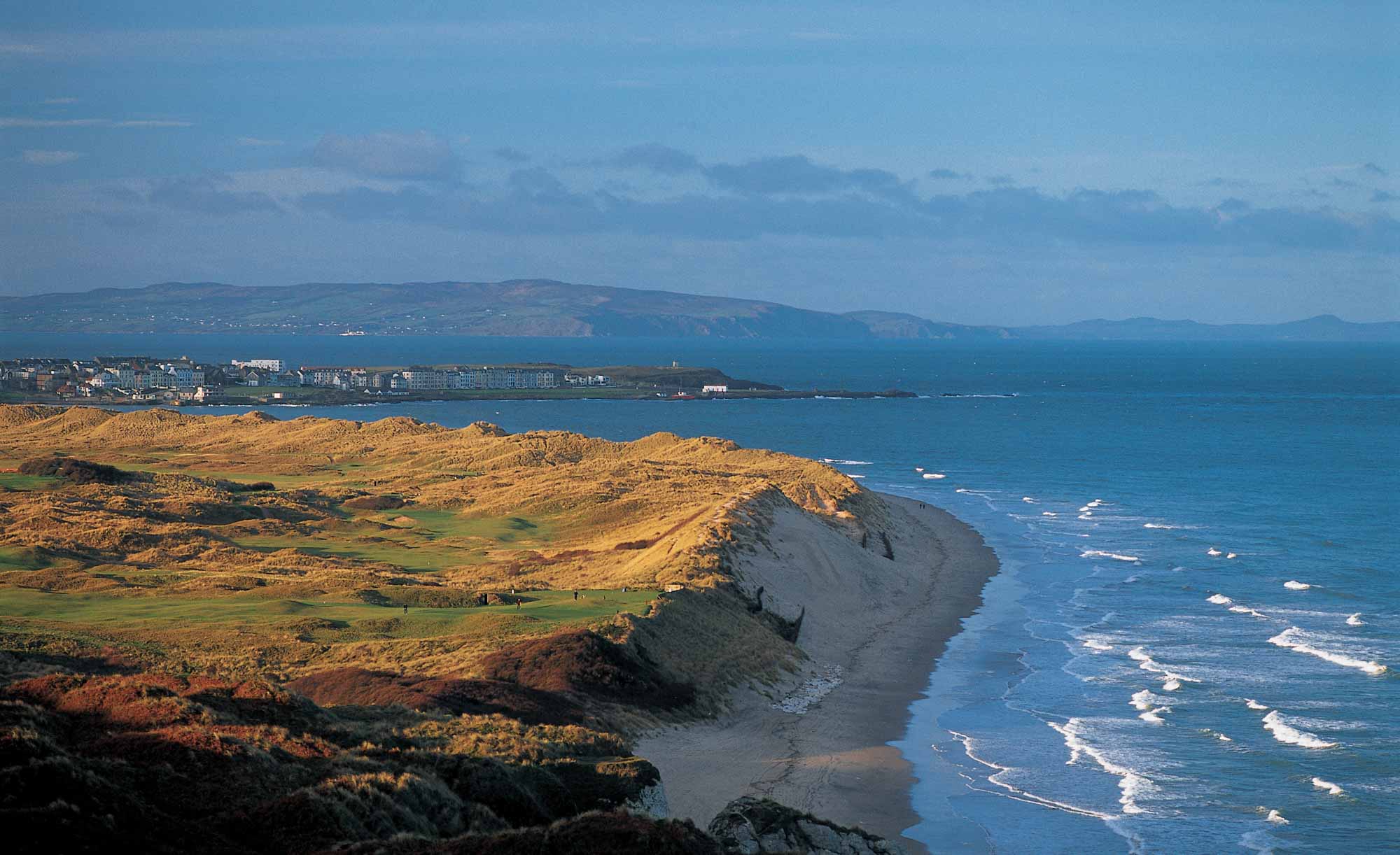 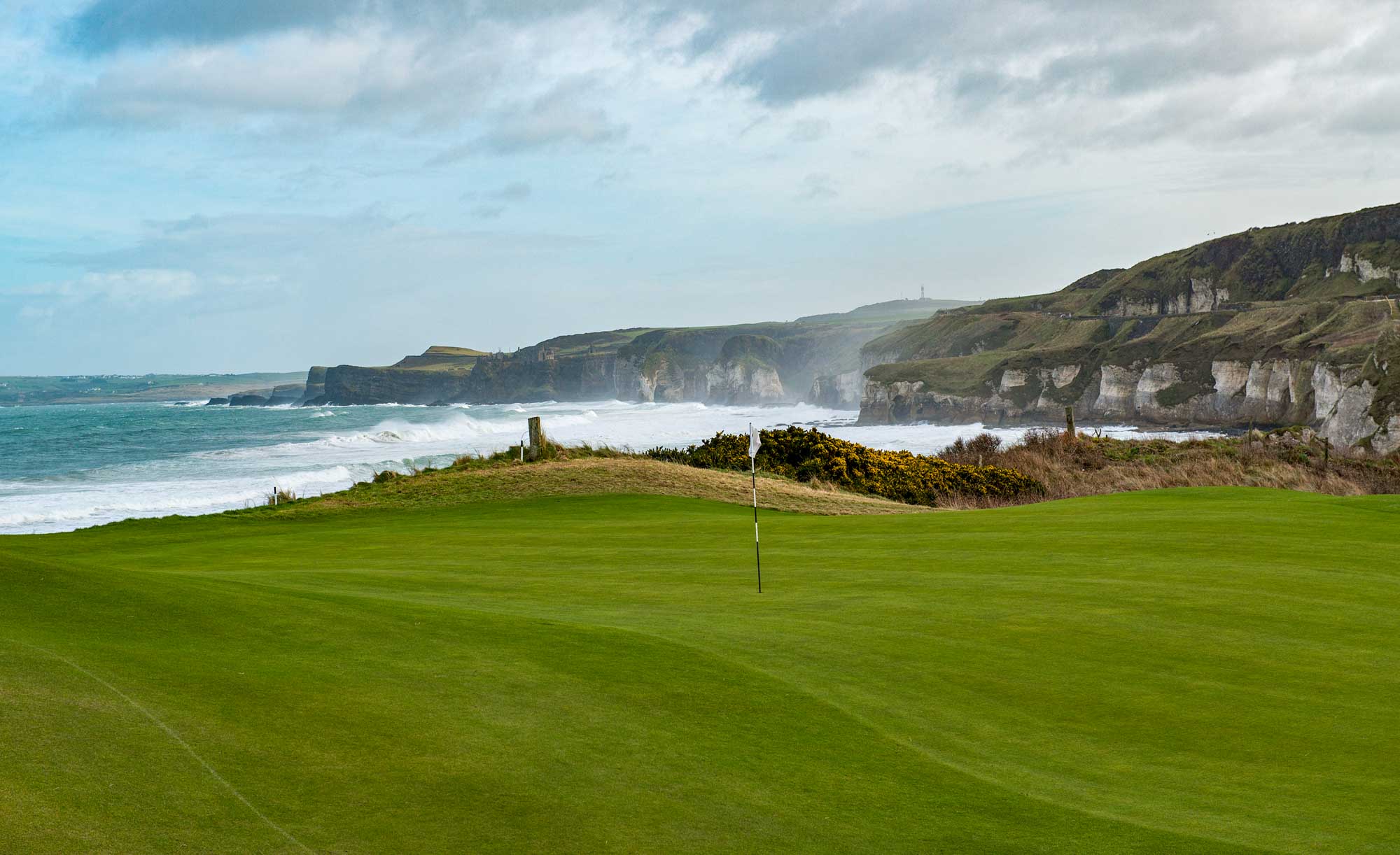 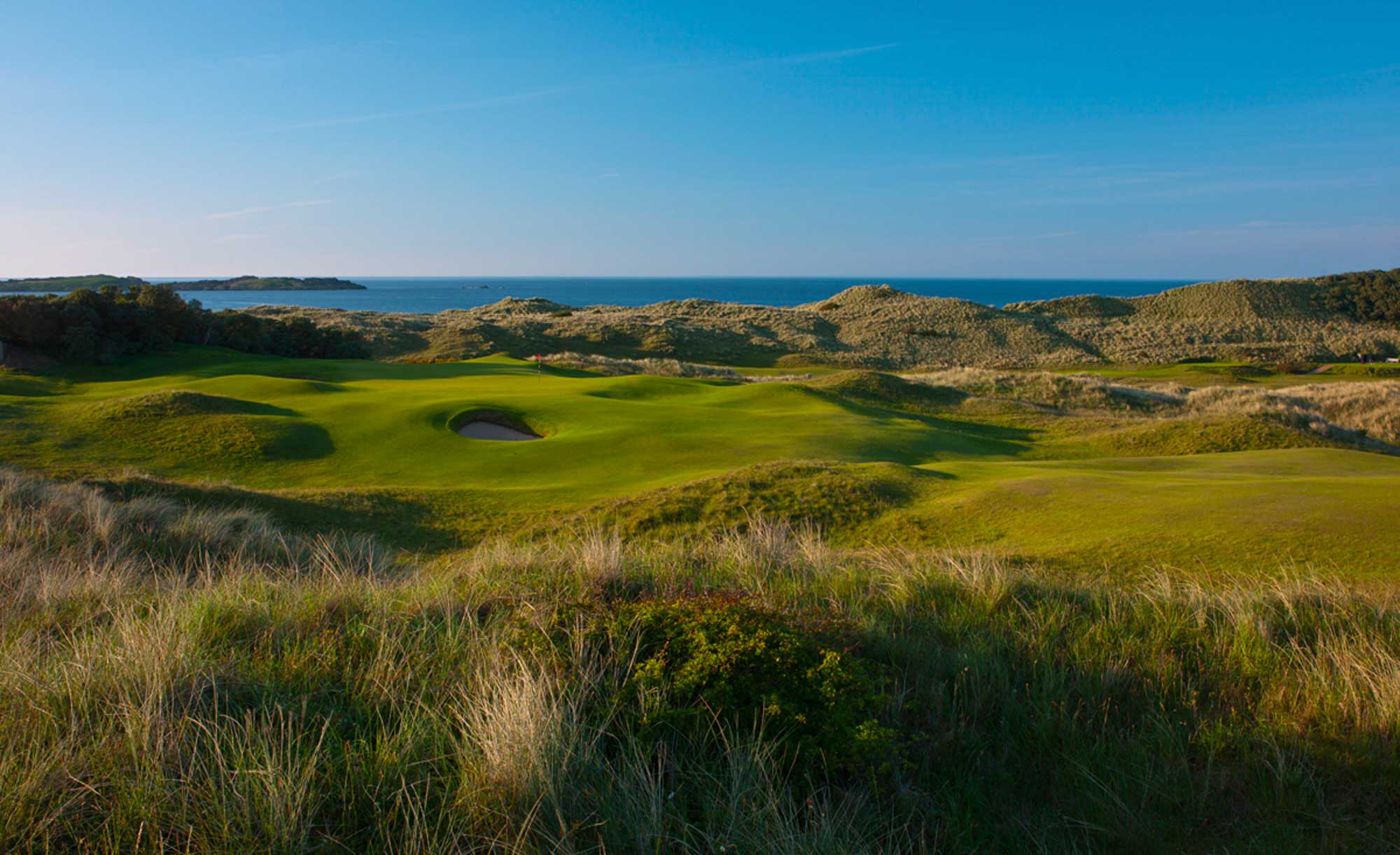 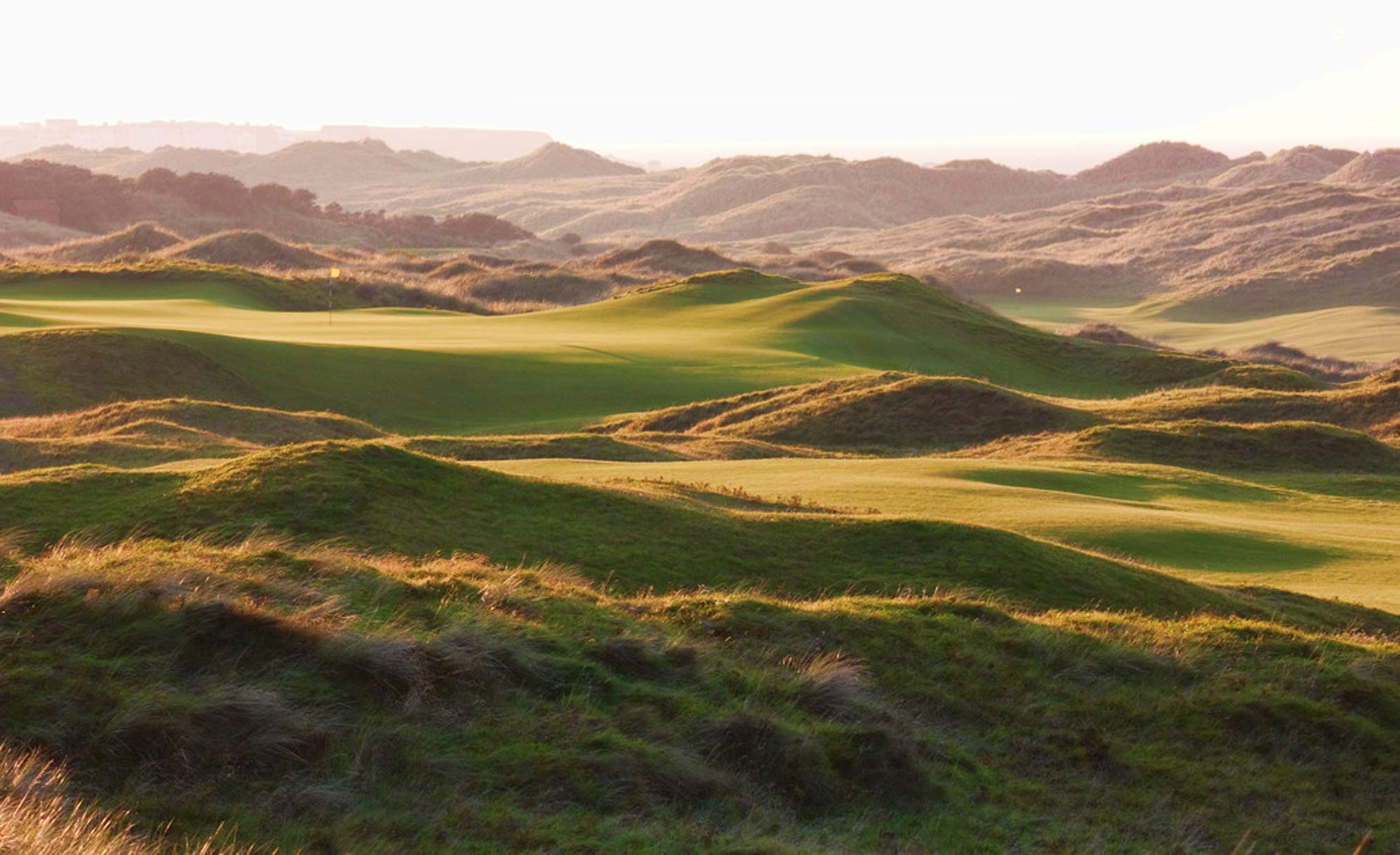 The first professional event in Ireland was held at Royal Portrush Golf Club in 1895!

Royal Portrush Golf Club was also the first club to host a European Tour event - The Irish Open in 2012.

Tom Doak recommends golf architecture students pay special attention to the routing. He explains the reason it works so well is that routing comes into contact with the ocean in the middle of the nines rather than just at the beginning or at the end.

The lowest round recorded ever at Royal Portrush Golf Club was a 61 by Rory McIlroy in 2005. Since the changes, Shane Lowry's 63 in 2019 is the current record on the new layout.

The Royal Portrush Golf Club lies on the linksland of Northern Irish seaside resort of Portrush, County Antrim. To the west, you'll find Portstewart GC and Castlerock GC; to the east, the sneaky-good nine-hole: Bushfoot GC.  Spectacular views of the mile-long headland, Ramore's Head and small rocky islands known as The Skerries can be had from the course.

There are 3 golf courses at Royal Portrush Golf Club: The Dunluce which was the course played during the 148th Open Championship. The Valley is the second 18 hole golf course and one of the most underrated in Ireland. The last is The Skerries pitch and putt.

The links were laid out as a nine-hole course in 1888 and were known as The Country Club. From the founding of the club to the first match was a period of just 3 weeks! In 1889, the course was extended to 18 holes by none other than Old Tom Morris. The day prior he laid out Royal County Down in Newcastle! By 1891, an additional 18 holes were found. The name was changed to The Royal Country Club in 1892 and The Royal Portrush Golf Club in 1895.

Old Tom Morris' designs were altered by Sandy Herd and Ben Sayers in 1909. The two courses became more or less what they are today when Harry Colt developed a 36 hole masterplan in 1923. It would take 10 years for the club to make good on Colt's proposals. Harry Colt's Dunluce Course at Royal Portrush Golf Club opened for play in July 1933.

Since Harry Colt, two major changes have occurred. The first came in 1946 when Colt's 1st and 18th holes were lost when the lease on which they stood was not extended. Two new holes (the current 10th and 11th holes) replaced Colt's opening and home holes.  These were laid out by P.G. Stevenson and Sir Anthony Babington.

In the winter of 2015, Martin Ebert built 5 new greens, 8 new tees and 10 new bunkers. Overall, the total number of bunkers increase by 3, from 59 to 62. The 2nd hole was lengthened by 40 yards. The stretch of holes from the 7th to 16th became the current 9th to 18th. The 12th (former 10th) was realigned. The new 7th and 8th holes were added on land formerly used by the Valley Links.

In brief, every hole was tinkered with many of the changes being minor in nature. The fact which remains is that 14 of the 18 holes here are Colt's. The 10 & 11 holes from the 1940s were done with his approval and the new 7th and 8th were done in the spirit of Colt's style.

The most famous hole on the course is the uphill, par three 16th known as Calamity Corner or simply Calamity.

Changes for The Open Championship

The return of the Open Championship meant changes for both courses at Royal Portrush Golf Club. The new 7th and 8th holes on the Dunluce were built on the former 5th and 6th holes of Valley Course. The two replacement holes designed by Martin Ebert are par 3's coming on 15 and 17.

In addition to the new holes, the 16th went from a straight par 4 to a dogleg par 5. Of interest, the original 18th hole, a Colt par 3, has been retained but is not kept in play save for Open season. The current 18th hole is also an Ebert-designed par 4.

The Royal Portrush Valley Links suffers from the Dunluce's success but a strong argument could be made for this being the second 18 at any club in Ireland. Tom Doak calls the Valley Links the most underrated course in Ireland. At a quarter of the price to play compared with the Dunluce, it may just be the best value for money course as well.

To put this in perspective, Tom Doak rates it on par with Royal Birkdale in England, Brora & Trump International in Scotland and The European Club & County Louth in Ireland!

Not to be overlooked is the 9 hole approaching course or pitch and putt called The Skerries. It lies alongside the 18th hole of the Valley Links in the manner of Himalayas. Come for the Dunluce, stay for the Valley links and enjoy The Skerries.

Royal Portrush Golf Club Dunluce Links is the only club to host the Open Championship outside of Scotland and England.

Read Clyde Johnson's analysis of the 16th on The Dunluce.