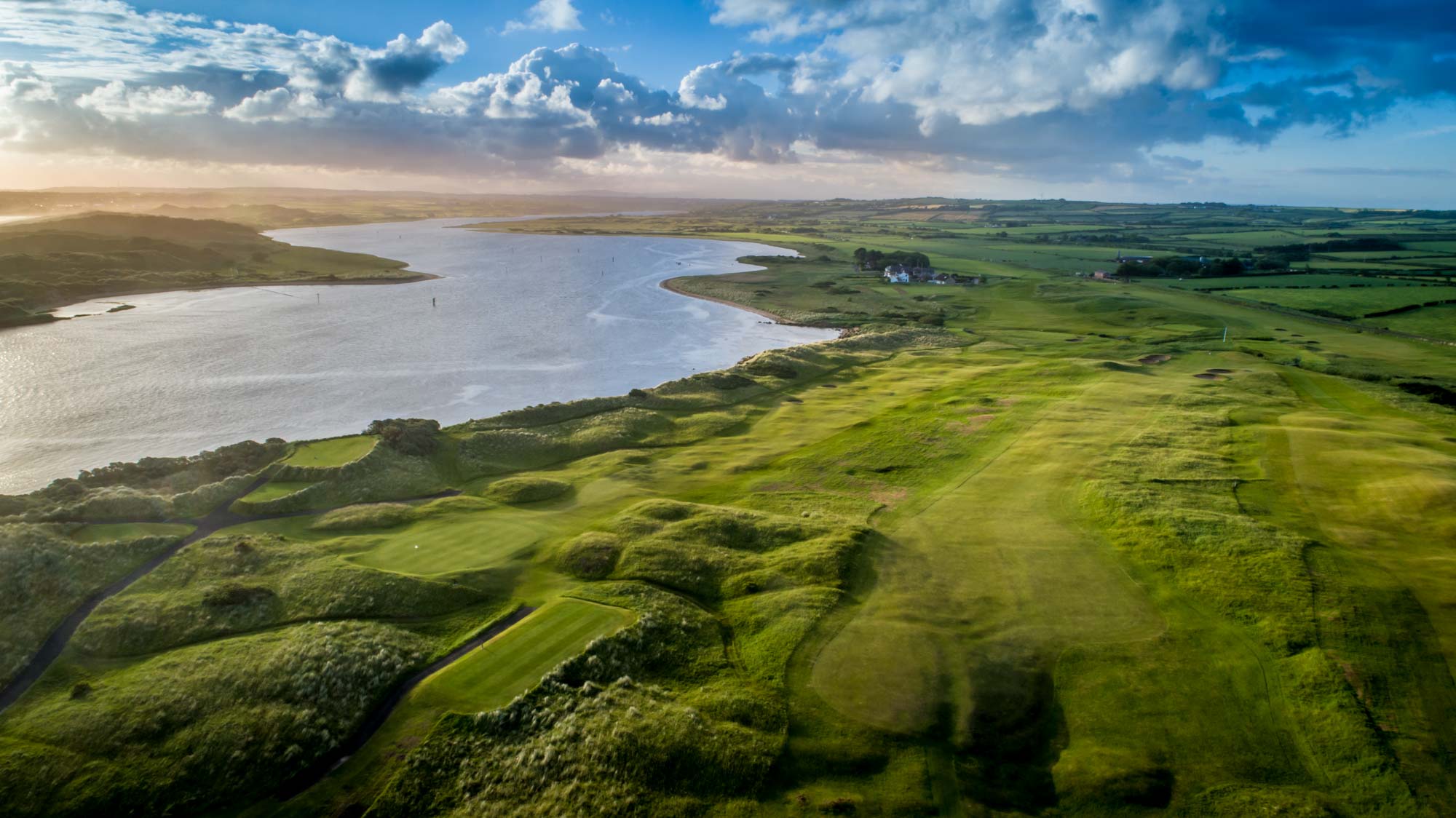 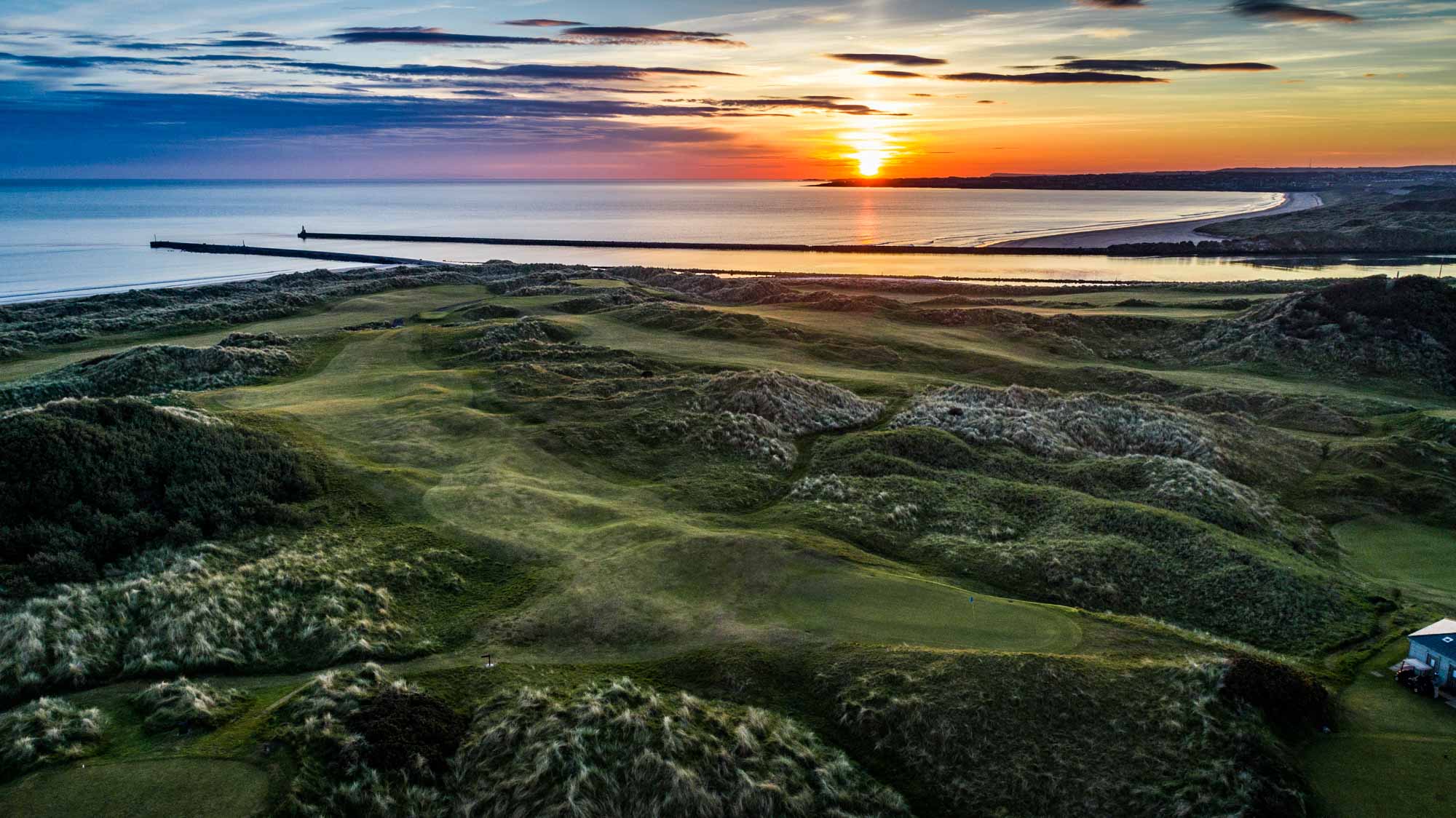 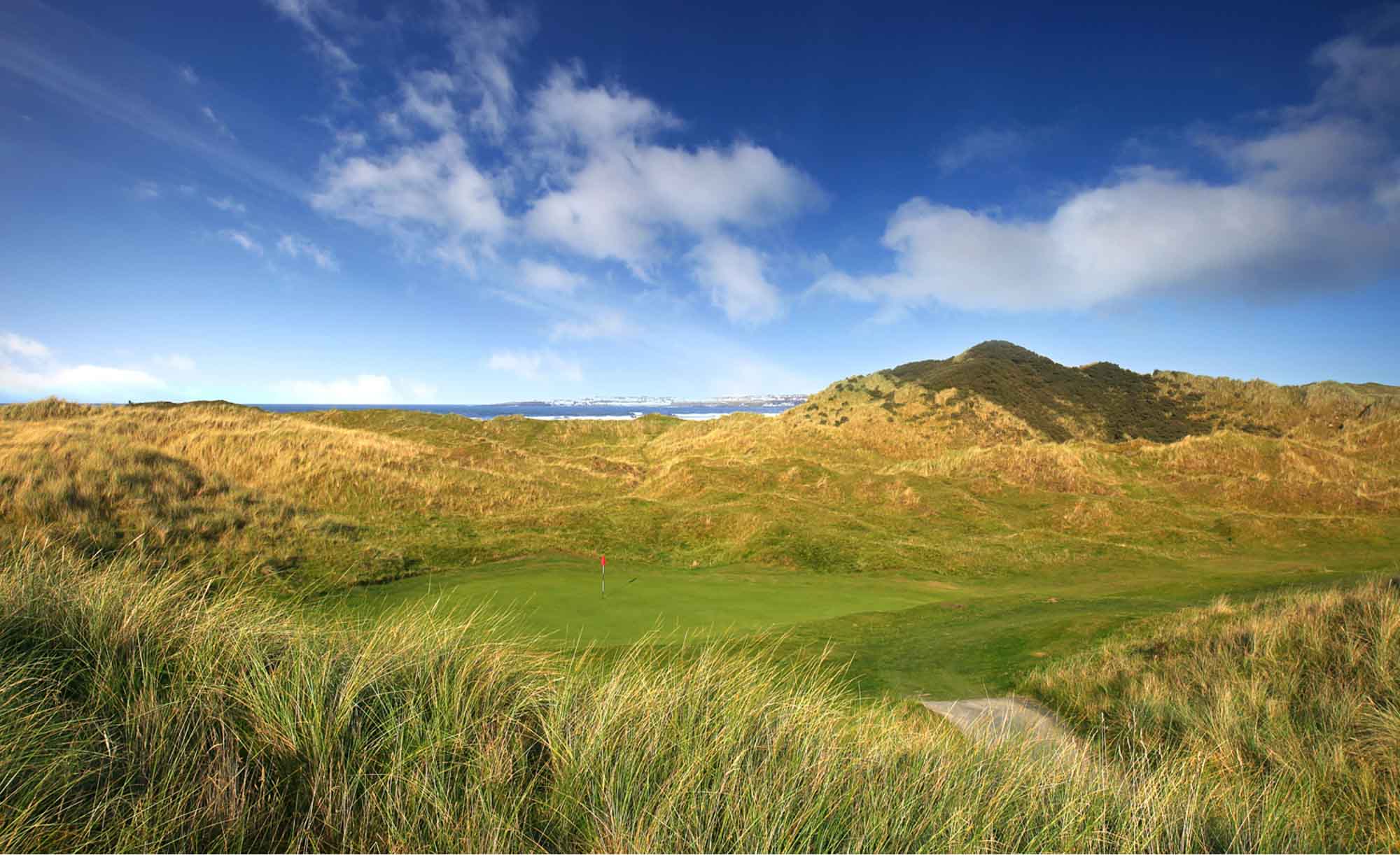 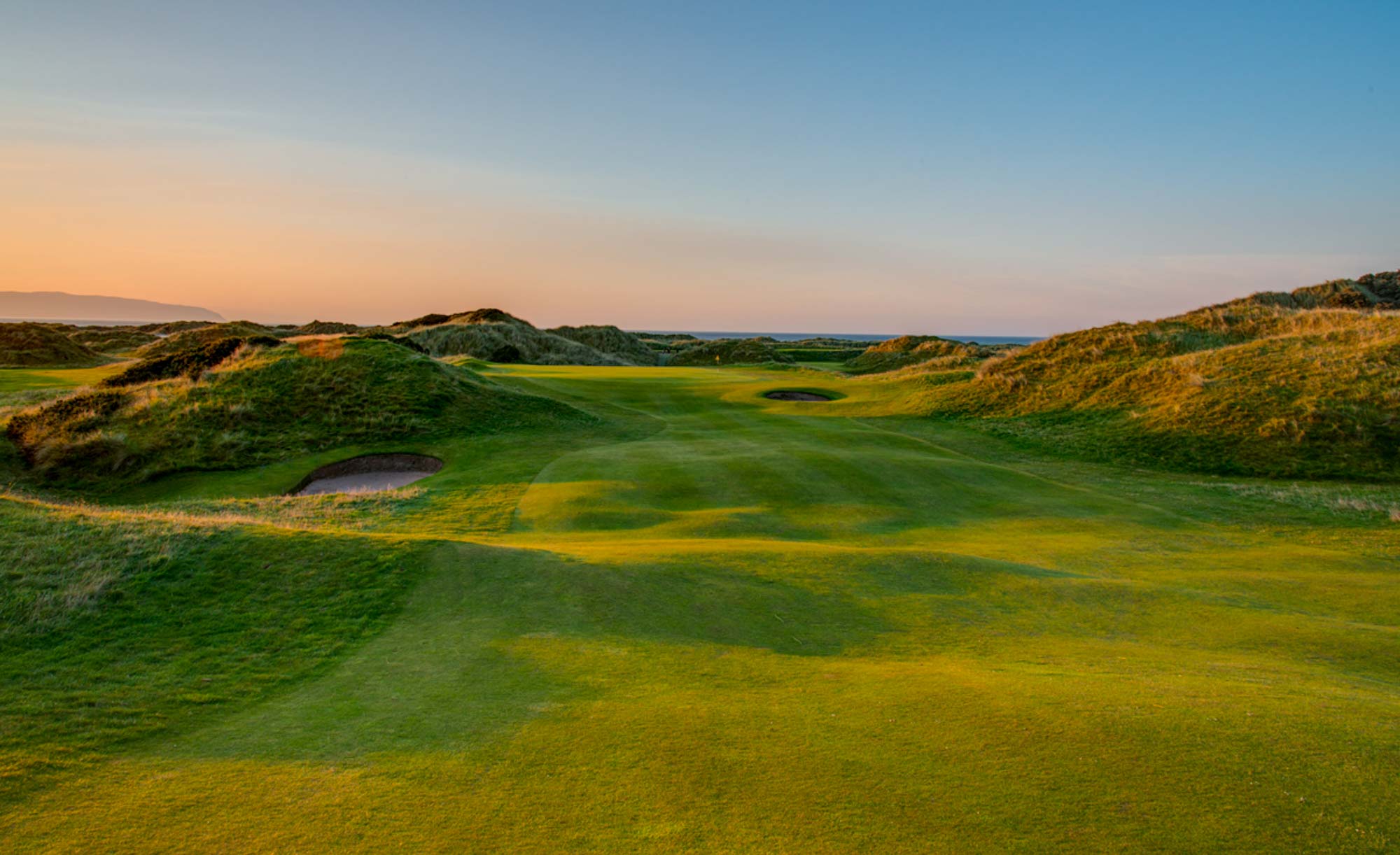 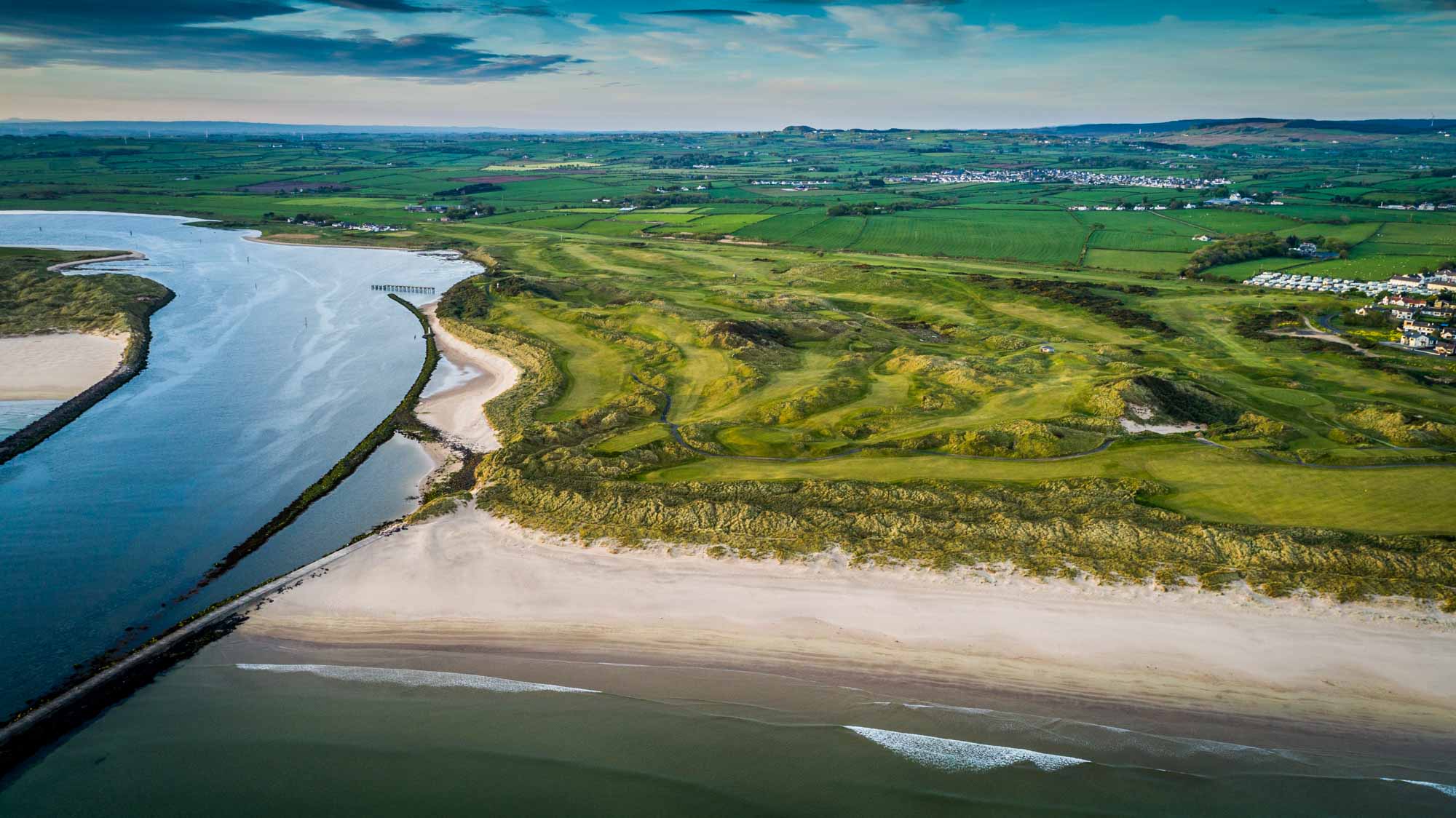 The Championship Course at Castlerock Golf Club is the 18 hole Mussenden Links. The golf club is located on Northern Ireland's north coast in the seaside village of Castlerock opposite Port Stewart and Portrush near the Giant's Causeway Coast in Northern Ireland.

The inherent link between links golf and the railway is not just found in Scotland... the Mussenden Links uses railway tracks for tee markers.

Sat amongst the sand dunes with a railway bordering the course, the Par 73 Castlerock Golf Club Mussenden Course is not one to be missed!

On May 4, 1900, the idea of establishing a golf club was first made publically. It would be the following year on June 22, 1901, that the formal inauguration for the 9 hole course was held.

Within a few short years, Castlerock GC was extended and the original 18 hole course was opened for play in 1909. The course was extended by Mr. Gow, the greenkeeper at Royal Portrush, who made the proposal and oversaw the 9 hole extension.

In 1929, Harry Colt was invited to advise on the course and made it the course we know today. Why not take a look at Harry Colt's original green sketches for the course?

The Bann Course is a 9 hole links named after the River Bann that runs alongside the golf course. The area north of Coleraine is becoming a real golf destination. Royal Portrush, Port Stewart, Bushfoot, and Castlerock offer 4 venues and 6 courses worth a visit!