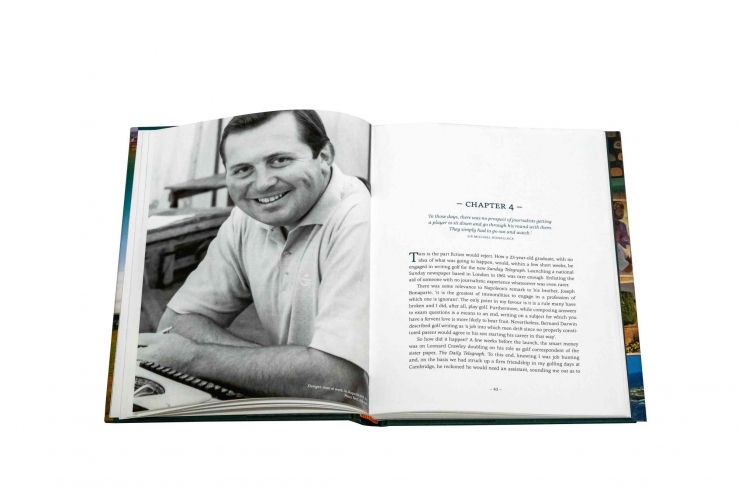 Despite playing rugby and cricket, it would be golf that he would eventually play for the University at Cambridge. Steel would enjoy a successful playing career representing England internationally, winning the prestigious President's Putter three times and also qualifying to play The Open at St. Andrews in 1970.

Along with playing, Steel would establish himself as one of golf's most prolific writers and esteemed authors. His writing career would begin at age 23 for the Sunday Telegraph as their golf correspondent and later for Country Life Magazine as their golf writer. In addition to articles for papers and periodicals, Steel would author numerous books. The titles would include a plethora of course guides and The Shell International Encyclopaedia of Golf. Perhaps his best architecturally inclined work is The Classic Links of Great Britain and Ireland. His autobiography, published in 2017, Thin Edge of the Wedge, A Life in Golf, is a fascinating read.

In addition to playing and writing, Steel would become a consultant trainee in 1965 at the firm Cotton, Pennink, Lawrie and Partners, Limited. Six years later, he would be made a partner. In 1987, the firm Donald Steel and Co was formed and two young architects, Martin Ebert and Colin MacKenzie, were brought on as associates. Steel has so far worked in over 40 countries advising on over 450 courses. He is the only architect to advise every club where The Open has ever been played.

In addition, we want to thank Mr. Donald Steel for his generous hospitality and precious time spent in person, on the phone, and over email with Evalu18.

"I am a firm believer you should leave good enough alone if possible." - Donald Steel

Green complexes should be able to accept the ground game.

Subtlety. When bunkers are used they come into play.