Charm. ‘If you have it, you don’t need anything else and, if you don’t have it, it doesn’t matter what else you have’.  - J.M. Barrie 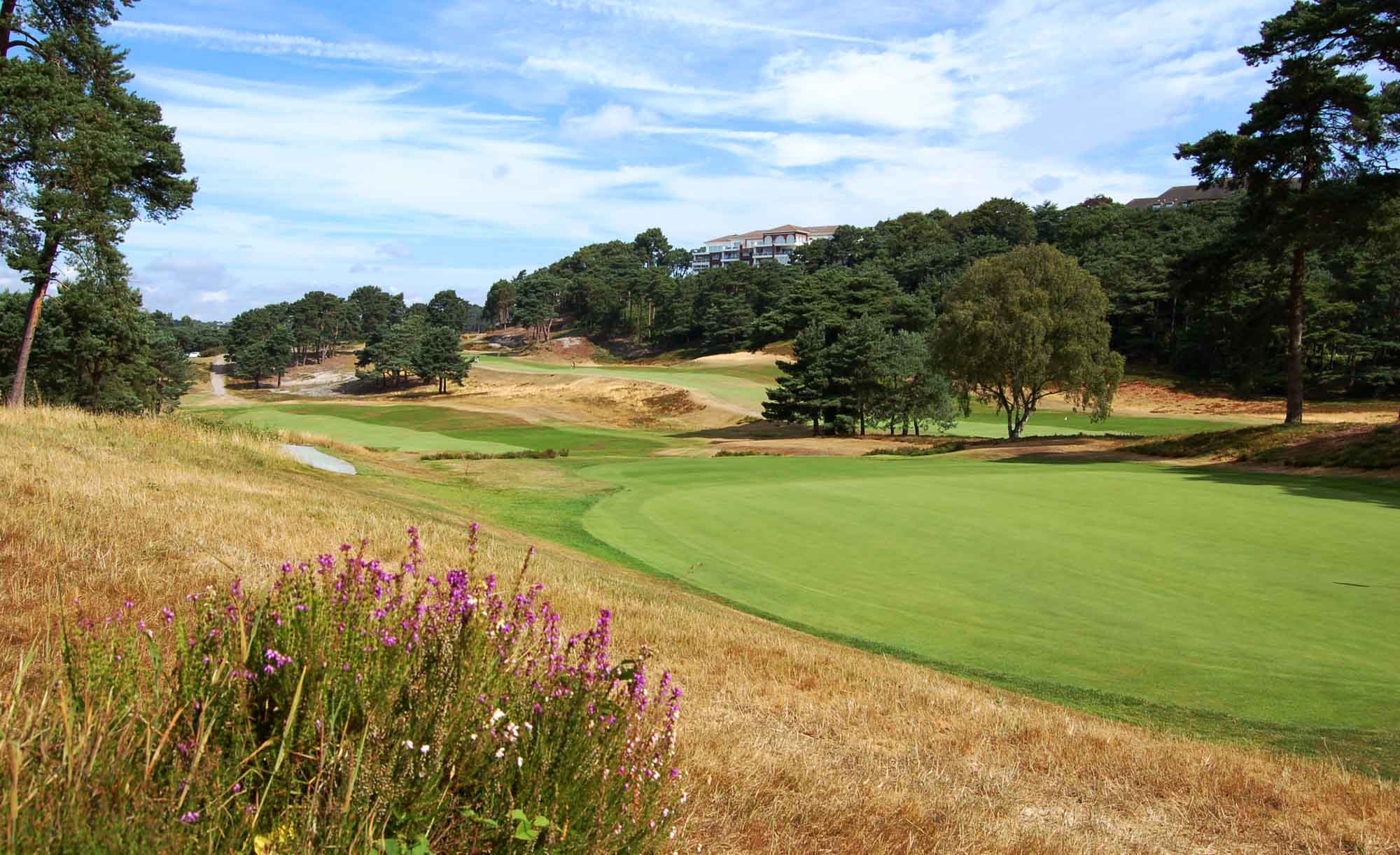 Great views from Parkstone Golf Club are afforded of Poole Harbour, Brownsea Island, and the Isle of Purbeck.

Recent tree work and heather regeneration have remedied the well-intentioned neglect - not surprisingly the accolades and praise for this heathland have also returned!

CK Cotton was Secretary when James Braid completed his overhaul. Perhaps this is where his later career as a golf course architect began?

Parkstone Golf Club is found in the south of England in the seaside town of Poole, Dorset.

Construction began in November 1908 on the 100-acre site with Willie Park Jr designing a golf course for Lord Wimborne. In June 1909, James Braid, Sandy Herd, JH Taylor, and Harry Vardon opened the course. Criticism would follow the opening of the course and its undulating nature - being described as 'suitable for a qualified goat.'

During the 1920s and 1930s, further land was acquired and James Braid was asked to return to re-lay the course. In all James Braid laid out six new holes, significantly changed four, and left eight pretty much as they were. CK Cotton was acting Secretary and took an active role in the design.

The course would suffer from mismanagement in the years following WW2 until the late 1990s.

Trees and undergrowth were allowed to flourish. The firm and fast ground game was lost along with the fine grasses and heather which characterised the course in its prime.

Gladly, this has been addressed and the course has continued to regain its former glory.

Holes 1, 3, 4, 5, 6, 7, and 16 are Willie Park Jr's. The remainder are widely attributed to James Braid. More recently, Martin Hawtree has led the club in its efforts to become its former self.