Buggies are not permitted due to the rolling terrain of the links... enough said! 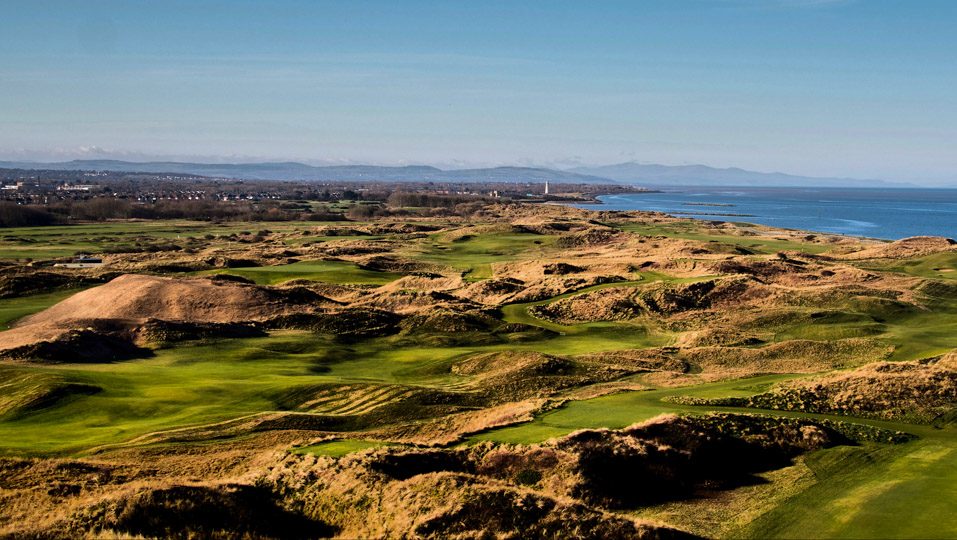 Dr. Frank Stableford, a member of Wallasey Golf Club and Captain in 1936, devised the scoring system which bears his name.

The world's first passenger hovercraft operated a service in 1962 between Leasowe, Wallasey and Rhyl in Wales!

Wallasey Golf Club is a private members club found north of the famed Royal Liverpool Golf Club on the same coastline of the Wirral Peninsula. The mouth of the River Mersey runs nearby and the sandy shoals of Wallasey Beach flank the property. Wallasey Village, overlooking the Irish Sea, was a popular retirement spot for wealthy Liverpool Merchants in the early 19th century. During the 20th century, it was developed as a seaside resort linked to much of the local area by an impressive rail network and numerous rail stations.

As is the case with most seaside courses, literal shifting sands of time can affect the layout. Founded in 1891 by members of nearby Hoylake, Old Tom Morris was called upon to lay out the first links at Wallasey Golf Club. Only four of the original greens have survived - the 2nd, 7th, 8th, and 12th.

Improvements were made by Alex Herd in 1901 and again by Harold Hilton in 1913. One of the highlights of Hilton's layout was a bunker-less Par 3 hole played from the current 9th tee to the 10th green. James Braid described it as 'probably the best one-shotter in the country' and Bobby Jones went further declaring it one the best in the world!

In 1929, James Braid made further improvements which led to Wallasey Golf Club being able to host Open qualifying. Bobby Jones qualified at Wallasey and went on to win the Open at Hoylake before capturing the remaining two legs of the Grand Slam.

In 1936, Wallasey Golf Club lost some land due to the lease not being extended which meant further changes to the layout. Hawtree & Taylor, with James Braid advising, carried out the work. With work completed in 1938, the current 4th, 5th, and 17th were unveiled.

Like most links in Britain during WW2, Wallasey suffered in support of the war effort. It wasn't until 1952 that golf was played again over the course. They remained virtually untouched until Donald Steel introduced three new holes in 2004. The course stands as such until today.

The routing is similar to Muirfield in that both have an inner and outer loop. The front nine at Wallasey runs counterclockwise around the entire perimeter of the site. The back nine is routed inside of it, tacking to and fro.

After WW2, the dunes, more precisely the sand, were literally sold. This explains the barren flat land that now makes up holes 4 and 17. There are plans afoot to make use of the unused dunes and gorse-covered areas on the north and west sides of the property. The plans are bold but there is no time like the present to make the changes.