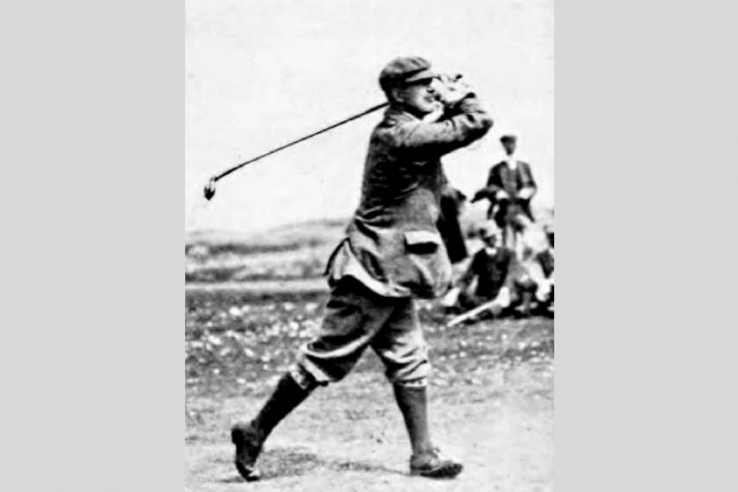 Sir Guy Campbell wrote a little-known book entitled Golf For Beginners in 1922. Sir Guy Campbell's design theory is made of 11 points found in one chapter dedicated to Course Construction and Green-Keeping.

1 - The objective of course design is to afford the greatest enjoyment for the greatest number whilst providing a proper test for the scratch players.

2 - Avoid as far as possible rough in which balls are likely to be lost.

3 - Provide a sufficiently wide, fair surface with hazards and bunkers placed down the centre leaving alternative routes on either side.

4 - One large, irregular bunker or a series of pot bunkers forming a bunker unit, makes a splendid hazard for the centre of the fairway.

5 - Bunkers should not be cut into the green nor should they be placed on both sides of any green.

8 - Natural hazards such as pits, quarries, ponds and streams are suitable but avoid trees. Natural banks, hollows, and knolls can take the place of bunkers.

10 - Punchbowl greens are agreeable if they can be seen from where the shot is being played.

In 1952, he contributed to the book, A History of Golf In Britain. He detailed what every member should expect from his links or course:

2 - Each should be allowed latitude for keeping in play at his normal form.

3 - Hazards should not be too severe and not always penal.

4 - The holes should be interesting, offering variety in distance and design.

5 - Overall length should not provide a 'route march'.

6 - Surrounds should be pleasant to the eye.

Sir Guy Campbell worked in partnership with Stafford Vere Hotchkin and Major Cecil Key (CK) Hutchison. Sometimes referred to as the 3 Majors, neither Hotchkin's nor Hutchison's portfolio is as rich or deep as Sir Guy Campbell's.