There's all-world Woodhall Spa down the road or this links as the only good options in the area. 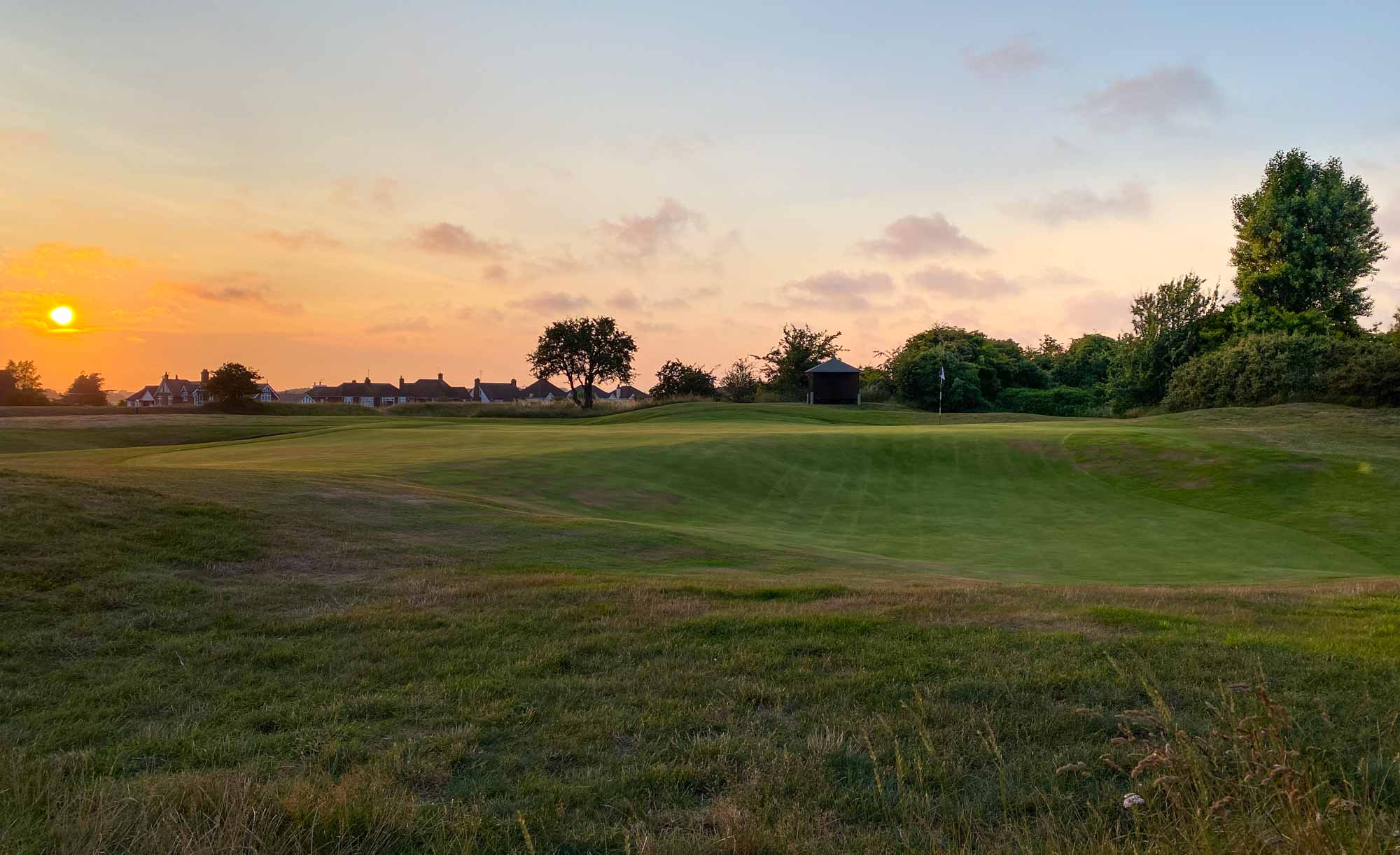 Frank Pennink reveals the land was reclaimed from the marsh by building a series of mounds. The result is free draining links with a great many undulations.

Seacroft Golf Club is a links golf course on the Lincolnshire coast of England. The course is located south of Skegness and north of the Gibraltar Point National Nature Reserve. There are North Sea views over The Wash punctuated by the Lincs Offshore Wind Farm turbines. Boston and Lincoln are nearby with Woodhall Spa being the perfect second 18 if you want 36 in a day. Sat back from the sandy beach with marshlands in between, Seacroft Golf Club is a rare, out and back, traditional links in a golf-starved region of the country.

The links itself is laid out over two prominent ridges. Seacroft Golf Club lies inland from the seaside and at its nearest point, the 16th green, the beach is still more than 600 yards away. To the South and East lie saltmarshes, marshes, lagoons, and tidal creeks. What one sees from the road is not a sign of what is to come... The first ridge obscures the view of the links from the road and the second ridge obscures the view of the sea and The Wash until the grand reveal on the 13th tee.

Seacroft Golf Club was founded in 1895 when The Vine Hotel doubled as the clubhouse. On April 24, 1895, the first tee shot was struck on the 9 hole links known as the Skegness Golf Club. The prolific Victorian golf course architect, Tom Dunn was responsible for the design.

By 1900, the club was playing over 18 holes which had been laid out by Willie Fernie. In 1923, additional land became available with holes 12 to 16 being adjusted and improved by Sir Guy Campbell. Alister MacKenzie visited the links and proposed changes but appears that not much, if anything at all, was implemented...

A Grand Tour in a Single Round

Seacroft Golf Club is a solid set of old-school links holes. As I was taking in the round, I was surprised by the similarities to so many iconic links in the British Isles.

Some of the recent bunker works feature dune-sy blowouts, Muirfield-like revetments in the fairway, and hybrids like Castle Stuart.

The Tale of Seacroft's Scorecard

It will be interesting to see what happens next for Seacroft Golf Club. Green complexes could be enhanced by short grass and runoffs implemented. Turf quality could be much improved by the introduction of irrigation - sparingly used of course. There are subtle changes that have made a big difference and there is more 'easy' fruit to pick is approved and the investment found.

To be very frank, I wasn't expecting much from Seacroft Golf Club. It followed a majestic day at Woodhall Spa which is one of the finest layouts in the world of golf. A tough act to follow, I decided to make the 45-minute journey as I wasn't expecting to be in the area any time again except to play Harry Colt &  SV Hotchkin's masterpiece. This was a glaring error on my part. Perhaps it was the fact the links are found in Lincolnshire, not a county known for links golf or golf in any form for that manner. Perhaps I was jaded by the fact it is a former seaside destination that has an undeserved reputation - now best known as Skeg-Vegas. Perhaps I expected an industrial wasteland commonly associated with the eastern coast of England - rightly or wrongly. Whatever the case, I am still a bit upset with myself as I pride myself on going off-piste and being pleasantly surprised at what I find...