The opening hole itself is worth the journey. The collection of greens may be one of the best in the world. 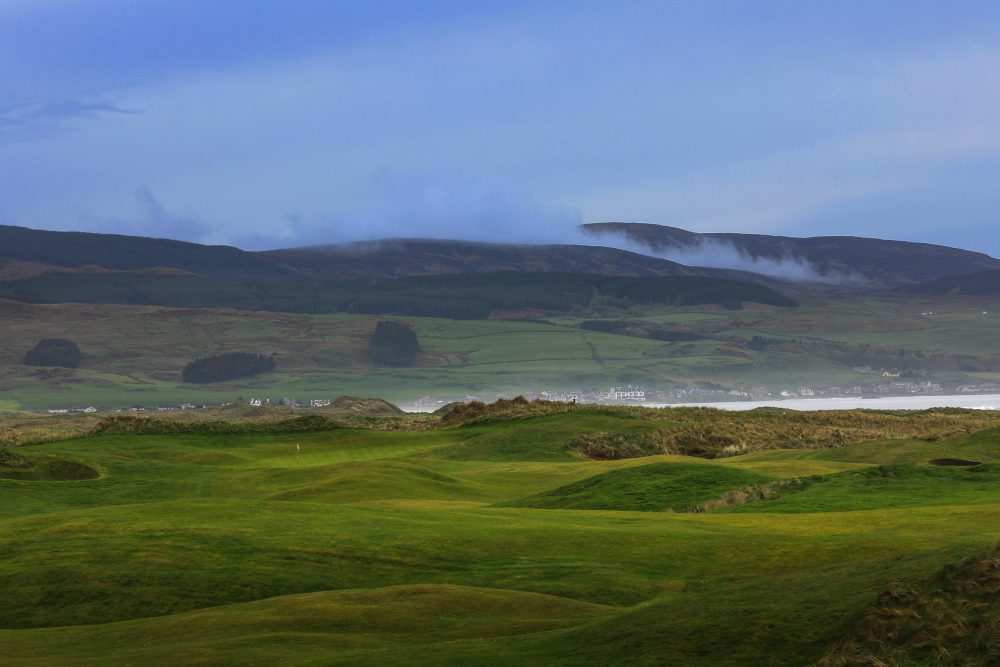 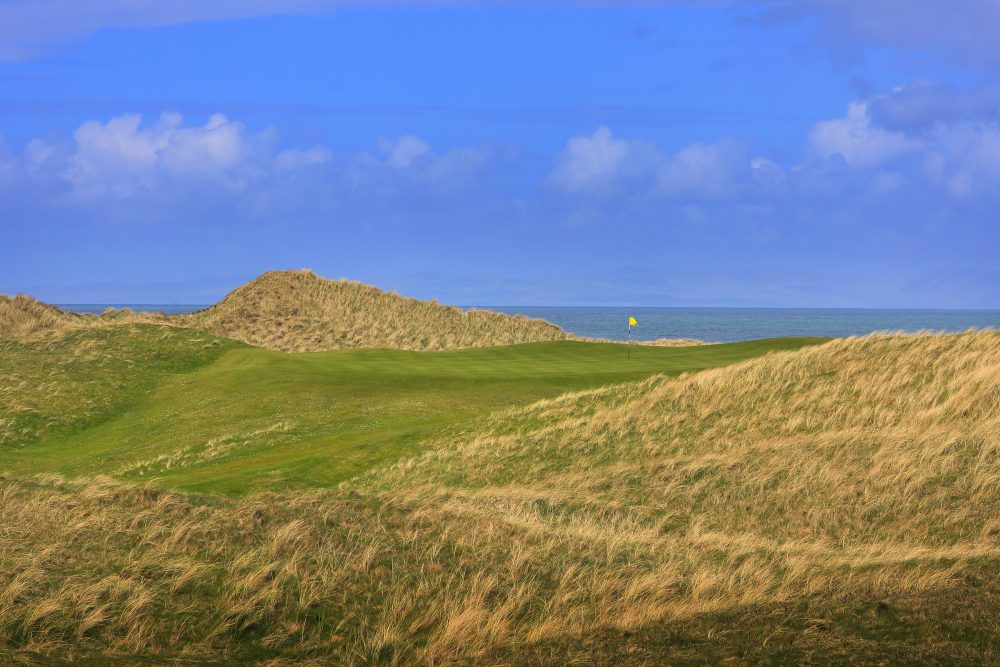 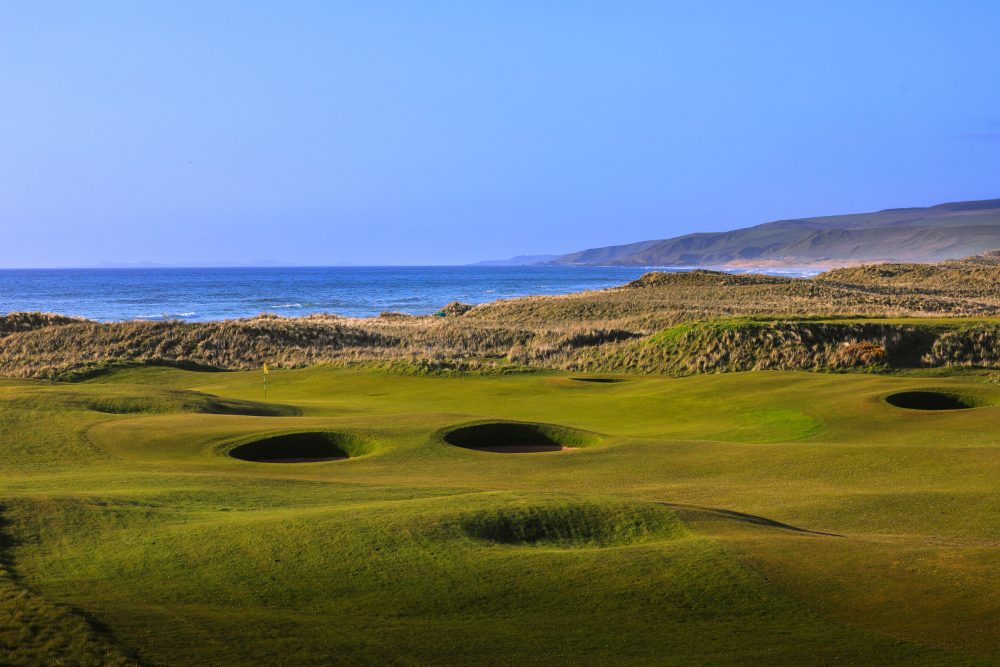 Tom Doak recommends golf architecture students pay special attention to the routing. The green complexes are also singled out as being of the highest order.

A regular fixture in Top 100 lists it boasts the best opening hole in the world, the basis for the Cape Template Hole.

Machrihanish Golf Club is located on the Mull of Kintyre, the Southern tip of the Kintyre Peninsula amongst the Machrihanish dunes, this is a genuine Scottish links golf course of the highest order. From the course, you are afforded views of the islands of Islay, Jura, and Gigha. Located near the small village of Machrihanish the course borders the David McLay Kidd design, Machrihanish Dunes.

Machrihanish Golf Club was built as a ten-hole golf course before it was extended to twelve holes in 1876 by Charles Hunter. In 1879, Old Tom Morris was invited to extend it to 18 holes.

In 1914, J.H. Taylor made alterations addressing the supposed issues with blindness and added length. He felt the first two holes were fine but changed the 3rd, 5th, and 7th with new greens. The 8th at the time was an entirely new hole. A new green was built on the 10th and a new hole on the 14th. The 14th made use of the famous Hell bunker. The old 13th and 14th holes were combined with the last three holes being left as was. With the changes, the course measured 6000 yards.

During the Second World War, Machrihanish Golf Club did its bit for the war effort by literally paving the way for an airstrip. Resulting in the loss of holes eight through ten, which included an Old Tom Morris hole and new the JH Taylor hole from 1913. Following World War Two, Sir Guy Campbell made some minor alterations and re-routed the back nine.

All in all, the club's golf course architecture acumen is world-class. Old Tom Morris set the framework and Sir Guy Campbell made Machrihanish Golf Club what it is today.

The front nine is simply spectacular. Most will focus on the first hole and it is a cracker. it is what follows however that is impressive. The front 9 is made up of 8 par fours and a single par 3. Starting on the beach and working its way into the dunes. The back nine emerges from the dunes, runs along the airport, and than re-emerges back on the beach.

The back nine has two par 5's on the 10th and 12th that bookend the 11th - an innocuous par 3 that conceals three pot bunkers. The back-to-back par 3 holes contrast on the 15th and 16th before finishing with two more Par 4's.

Even from the back tees, the course measures just 6473 yards. It would be an easy task to add yardage but it's not needed and plays tough with the wind already. A fool's errand, adding length would not make Machrihanish Golf Club better, just longer.

The bunkers are also of note. Many of them are hidden, not out of malice but rather of necessity. Most, if not all, are of the revetted sort and pot in nature. Concealed, it prevents the wind from blowing the sand out. This is simply designed from the form following function. In the past, there were large open dunes and some of the game's great hazards were here - Hell and Bruach Mohr being two of note.