A traditional links at the end of nowhere... the good news is with Hunstanton and Brancaster down the coast make it more than worth the journey. 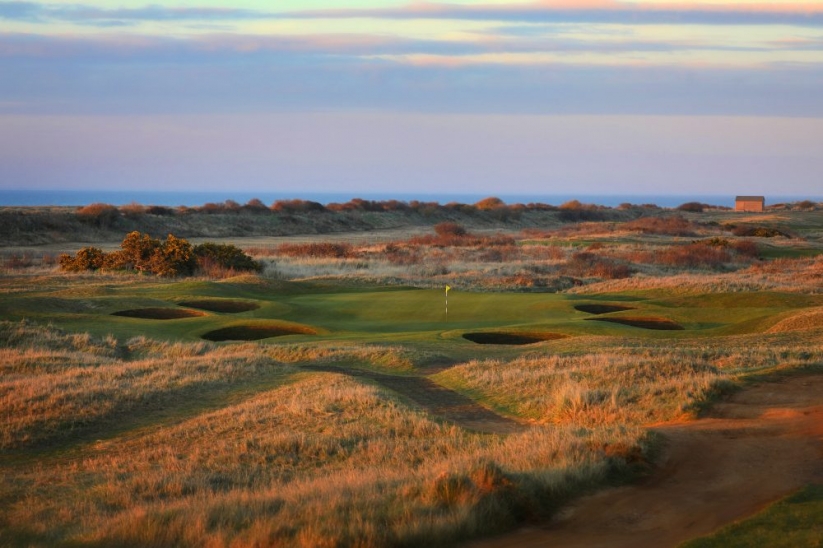 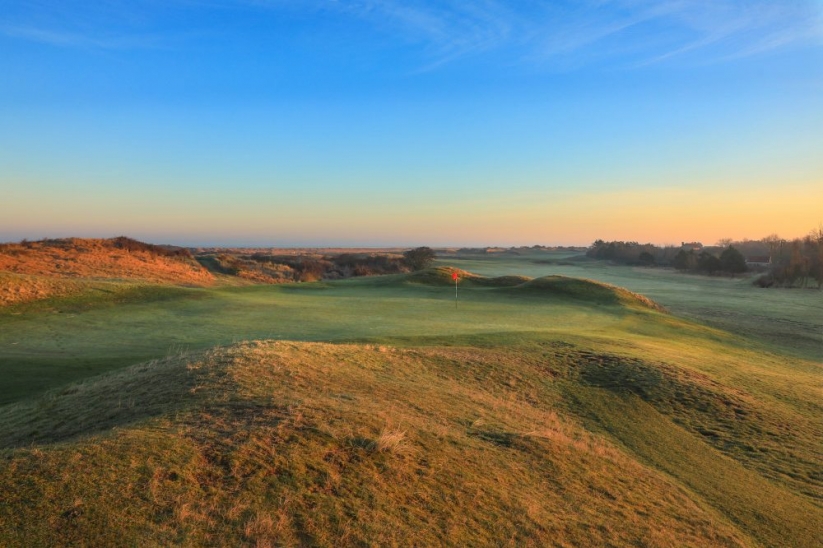 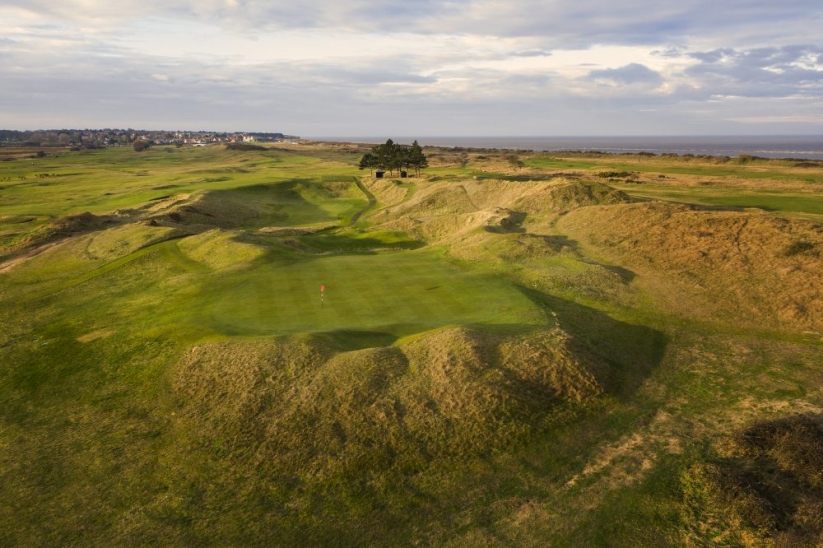 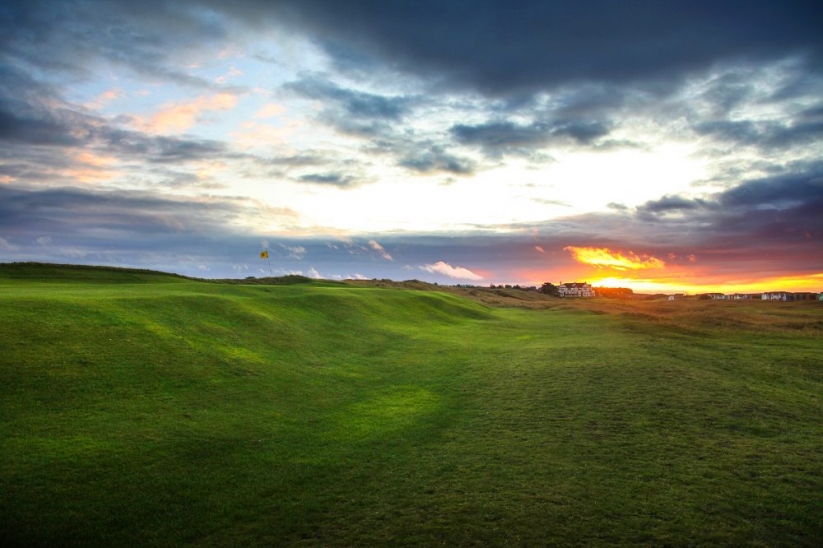 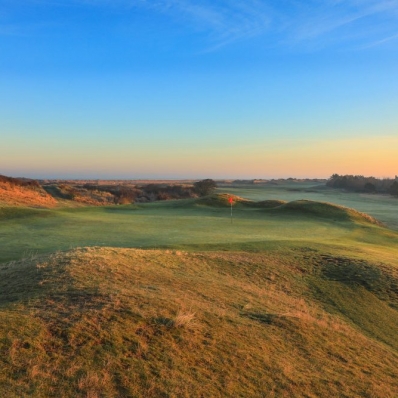 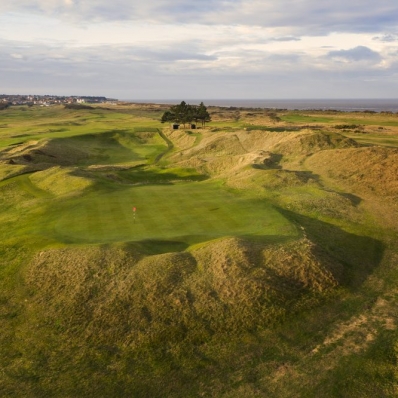 Hunstanton Golf Club is located in the seaside town of Hunstanton in West Norfolk, England. Situated in the Holes Dunes and facing The Wash, it is one of the few places in the East of England where the sun sets over the sea! On the eastern side of the course near the 10th green and 11th tee is Seahenge, a prehistoric monument of stones and oak posts.

Hunstanton Golf Club is and will be a championship course moving forward. The course embraces the past but has forged ahead with improvements that will keep it true to its identity: a proper test. Martin Hawtree has spearheaded the clubs overall master plan. Recently completing a five-year plan, another review is underway.

Hunstanton Golf Club is in a unique situation in that its coastline is expanding as opposed to eroding like many other links. A protective, broad ridge separates the sea from the golf course as a whole. A second ridge bisects the course with holes laid out on either side and several which play over it. Forced carries are a characteristically found from many of the tees.

Highlights on the Outward Nine

At the 1st, the tee shot over reintroduced scrubland provides extra drama and visual appeal. Three bunkers running along the right-hand side are ready to swallow up any ball hit a bit too well or along a too conservative line. The angle into the green is best from the left-hand side of the fairway.

The tee shot off the 6th takes advantage of the ridge running diagonally across the fairway. Bunkers flank either edge of the fairway. Atop the right side of the ridge provides the best angle into the green, but also requires a perfectly placed 225-yard shot. A plateau green fronted by a steep slope that rejects anything short also has two deep bunkers that swallow anything left.

From there you work your way into the dunes to the picturesque one-shotter that is the unofficial 'signature' hole, the 7th. Removed are the sleepers from the single bunker gaping before the green. Evidence further of a club not swayed by sentiment nor unwilling to make changes that they feel will keep the course the championship test it is meant to be.

After a brief glimpse at the rear of the second green, a small river runs beside five, through eight and alongside ten. Plans are afoot to reinstate the river and its meandering through the course. Not only does this seem welcomed by the club, but it appears to be embraced due to the strategy it would bring.

Highlights on the Inward Nine

11 is a rare bunker-less gem. You are most likely to find your ball on the right-hand side of the fairway. The green, however, is best approached from the left due to many undulations greenside. It is a simple hole that uses the ground and topography available to perfection. 9 at Lahinch employs a very similar strategy.

Perhaps the two most controversial holes come next. 12 and 14 are both blind. Twelve is a two-shot hole where the green is not visible from the tee. However, you can grasp the answer to the question being asked. If you reach the crest of the hill, you can see the green on the second shot. Fourteen is a fully blind one shot hole that seems to draw ire from many who are not as understanding as others.

In between the two is 13. The fairway runs across the sizeable central ridge. Not aggressive enough to reach the plateau and the second shot is blind. Too bold and you run off the plateau and cannot see the green. What makes it even more interesting is the 100 yards of No Man's Land as a forced carry to a punch bowl green. Read an architectural analysis of the the 13th hole.

16 is a stunning one-shot hole surrounded by six pots. Your options? Hit the green or go long.

17 and 18 have a prominent ridge running parallel the length of the fairway. Finding the high side on both is ideal. However, you would far rather be on the lower ledge the fairway than the lower tier green side.

Overall, what are the take away points at Hunstanton Golf Club? It has many forced carries and smallish greens. The fairways are narrow but not tight. The prominent dune ridge is used as a backbone to the course with most of the holes running parallel to it. Some holes criss-cross over it using it to its full potential. Micro contours are seen and welcome especially on the first eight fairways.

With a world-class architect advising and a capable green-keeping team that is adept at making the evolutionary changes, the future is bright Hunstanton Golf Club. They are gaining land as opposed to losing it. Internally there are options which can be used to lengthen holes to keep pace with technology. It may also play a part in solving the unfortunate issue modern golf has with blind shots. Hunstanton knows who it is and perhaps more importantly, who it wants to be.

More courses from the Off Grid Collection 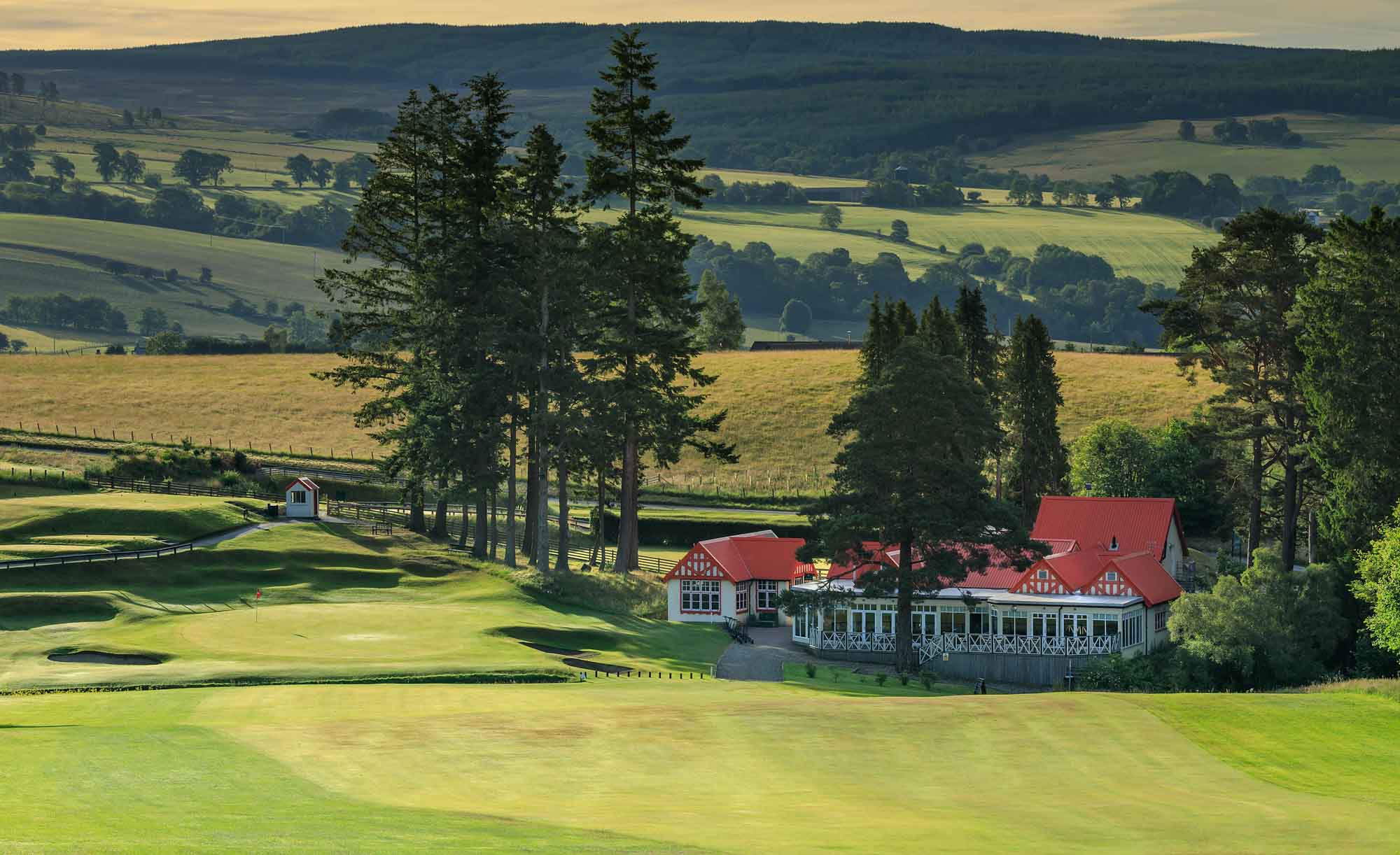 Pitlochry Golf is an 18 hole, Par 69 inland golf course in the Scottish town bearing its name, which lies on the River Tummel in Perth & Kinross, Scotland... 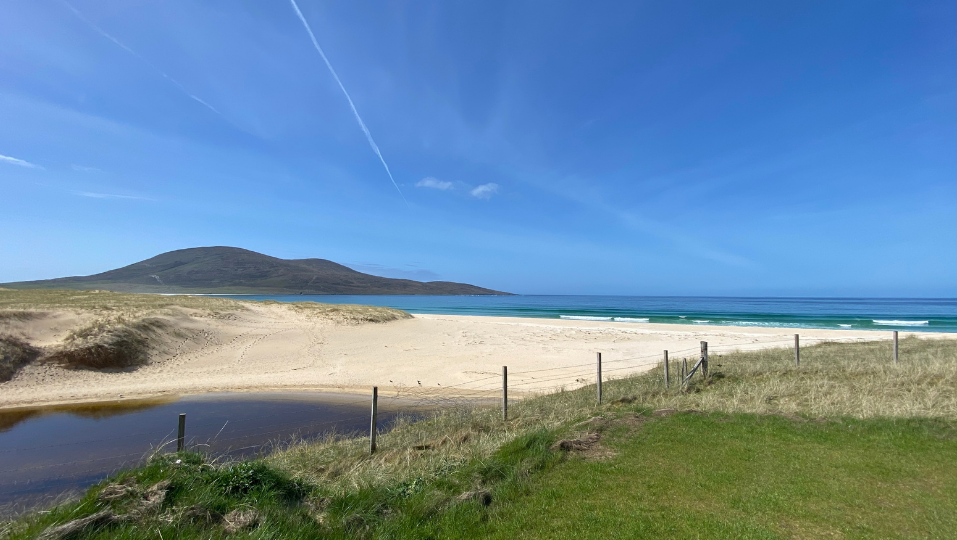 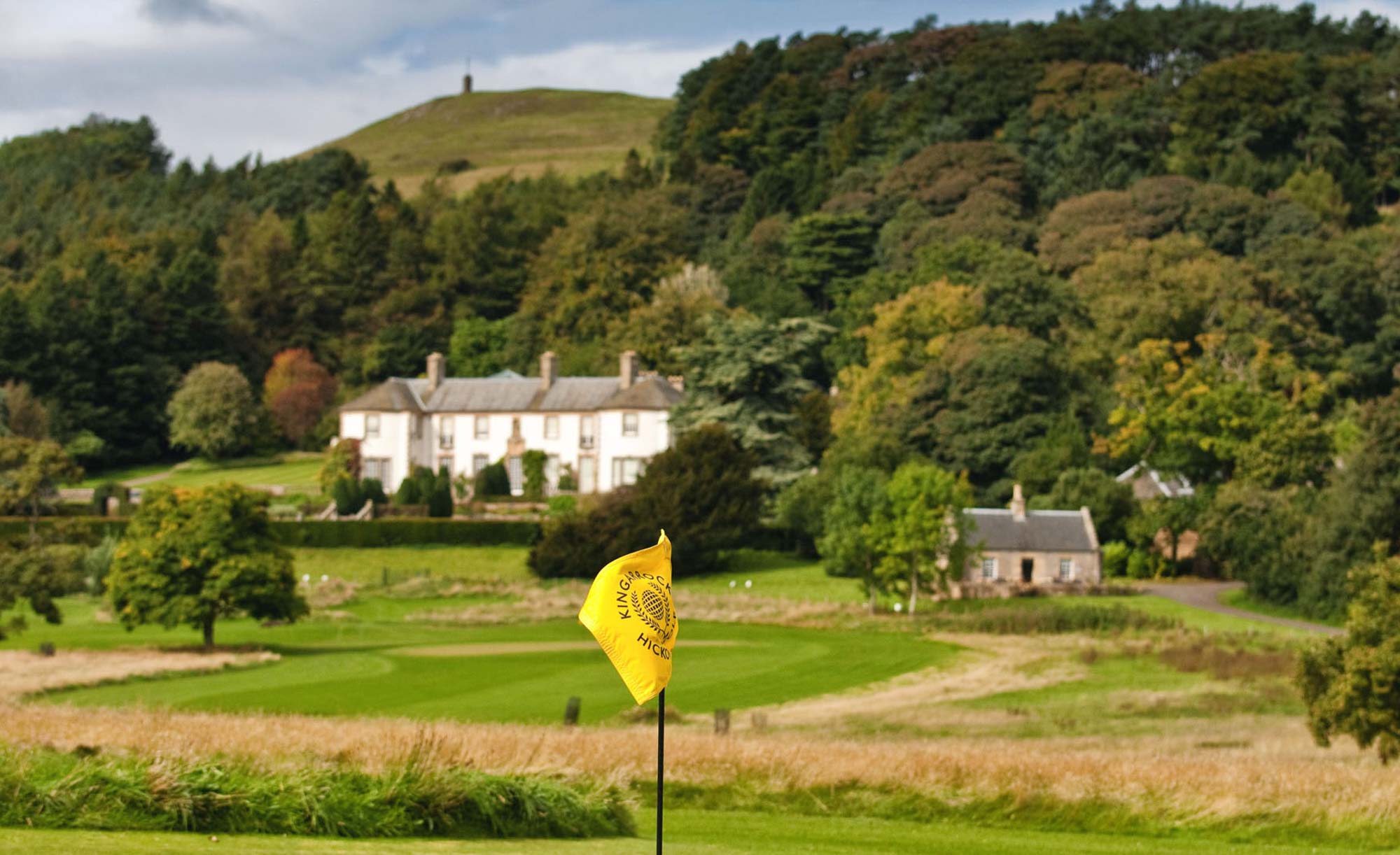 Kingarrock Hickory Golf is located at the National Trust for Scotland property, Hill of Tarvit Mansion. The mansion house and course are found in Cupar,...