A half set of golf clubs is also known as a beginner set. For many of us, our first set of golf clubs was a half set consisting of a driver, 3, 5, 7, and 9 iron, and a putter. 6 clubs were all we needed and then we realised we could carry 8 more. The age-old question is: should you just because you can?

Building a Half Set

The good news is you probably have everything you need to get your first half set sorted. It's pretty simple really, just get rid of some clubs.

Ditch the Clubs You Don't Use

The first few clubs are pretty easy to choose. Look for wear - if your 3 or 4 iron is still in factory condition chances are you won't miss it. It's quite easy to go from 14 to 13 or 12... the next few get a little harder part with. 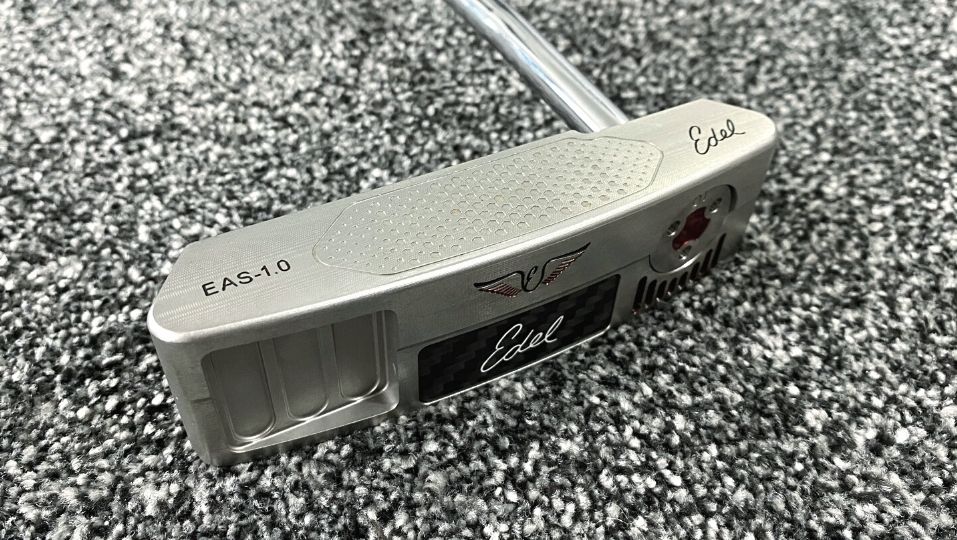 The putter, in my case a made to measure Edel EAS 1.0, is the only club you don't have to think about when choosing your half set bag.

Use Your Yardages To Lose More

After you rid yourself of the clubs you don't use anyways, look for the golf clubs which you hit roughly the same distance. For example, your 5 wood and your lowest hybrid may go the same distance. Pick the one you're most confident with or that is the most versatile. You probably have one or two clubs that will fit into this category. Congratulations - you've made it to 12 or 11 clubs without really giving anything up except your security blanket... which you don't need anymore, right?

Be Honest With Yourself to Lose The Rest

Another way to lose a couple of clubs is to simply be honest with yourself. Until now we have focused on the top of the bag, this is where you can lose a club or too from the bottom of the bag. When was the last time you pulled off a flop shot from a downhill, tight lie to a tucked pin behind a bunker with the green running away from you after short-sided yourself? The answer to that question should indicate where we are going with this one... ditching your 64-degree lob wedge might be a good place to start.

Building a Half Set Summary

You can probably lose 3 or 4 clubs by 1) ditching the clubs you don't use, 2) removing duplicate clubs using yardages, and 3) removing the clubs you don't have the skill to use anyways. In truth, you will probably score better by making these changes anyways because when you remove the opportunity to play a shot you shouldn't be attempting anyways. You've probably made it from 14 to 10 or 11 clubs.

Building a Half Set - Iron Options

This is where the next few clubs can pose some tough decisions. The easiest way to take the next step is to play half set Blackjack and choose Evens or Odds.

Pretty straightforward, this will leave you with the following: 4, 6, 8 irons and Pitching Wedge or 10 iron as it more or less. If you've followed the preceding steps, you've probably already dropped your 4 iron. That means you have between 4 to 6 clubs, including your putter, committed to your bag. 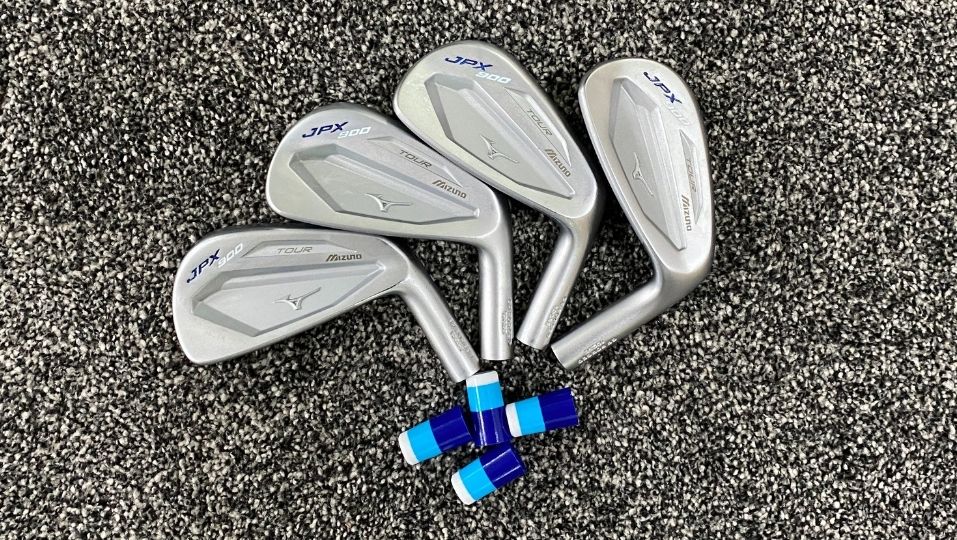 I have chosen the evens for my half set. The 8-degree gaps marry nicely with my wedge set up and I can drop the 4 iron for a hybrid.

Logically, you'll be gaming 3, 5, 7, and 9 irons. With modern lofts, you'll have to do some homework. If your irons are modern, super game improvement irons, check the loft of the 9 iron. It could be a little as 38 degrees. This is important when you get to the bottom of the bag, in other words, your wedges. If you have a 38 degree 9 iron and your wedge is 56 degrees, your going to struggle with hitting your numbers.

Buy a Half Set

The moral of the story here is to choose your loft intervals. Industry standards (if there is such a thing?!) usually have 4-degree intervals between irons. The easy way to do it is to jump to 8-degree intervals and be done by dropping every second iron. If you go old school, you'll have 24 degree (4 iron), 32 degree (6 iron), 40 degree (8 iron), 48 degree (Pitching Wedge), 56 degree (Sand Wedge). The most important loft is your last iron - find that and work out your wedges with consistent loft intervals.

Embracing the Half Set Movement

The half set movement is intrinsically linked to golf's growing subgenres that have united the woke crowd lurking on social media. Tour visors, bucket hats, Sunday bags, pencil bags, leather goods, custom ball markers, pitch repair tools, and casual golf wear is all part of the scene. Whatever niche floats your boat, there is a common thread of breaking the norm and enjoying the game is of paramount importance.

The unofficial advocate of the half set movement is the Instagram is @lessthan14. Give them a follow and unite with other minimalists who don't need 14 golf clubs to enjoy golf.

The beautiful thing with half sets is they are lighter and easier to carry. If you use your standard carry bag, your kit will quite literally be chattering about in your bag. A little bit like a large house, if you have it you'll fill it. If you downsize, it'll encourage you to walk and cement your support of the movement.

There is a load of options from the ridiculous to the sublime. An inexpensive option based in the UK is the Conybeare Golf Bag starting at £90. At the other end of the market is the Original Mackenzie Bag which landed in the UK are in the region of £800.  There are quite a few options in the middle ground - The Jones Golf Bags Original Carry Bag will set you back £159.

Making the Transition to a Half Set

The toughest part of the transition is the first step. Once you commit, you'll realise you didn't use the clubs you dropped and you may even see an improvement in scoring.

Once you choose the loft interval you'll need to sort out the bottom end of the bag. The bottom of the bag is your wedge set. If you've chosen an 8 degree increment, game a 54 to 56 degree Sand Wedge and be done. If I need extra insurance, I through in the Gap Wedge and Lob Wedge. As the majority of the shots are within 100 yards of the green, the extra wedges help me score if I absolutely need the help. 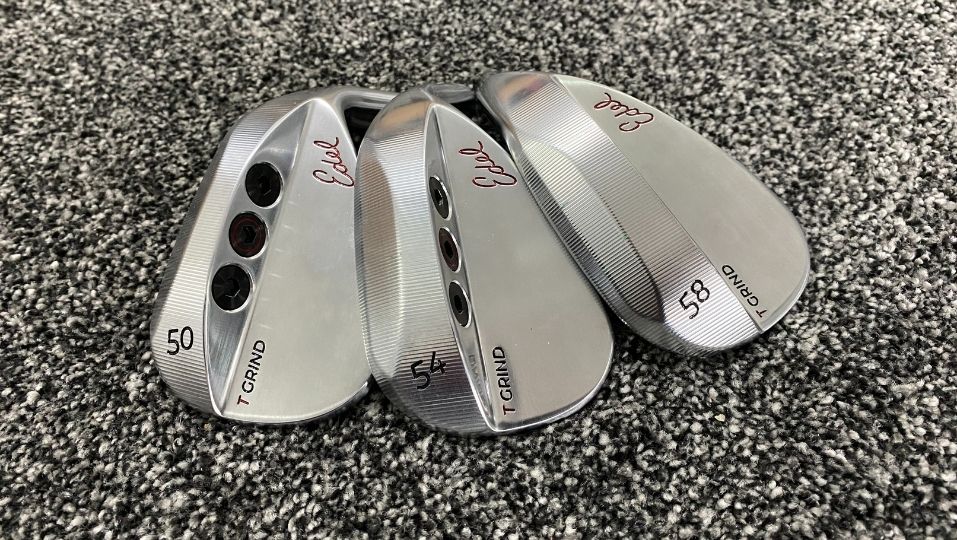 I can put all three wedges in my bag if I feel the need for the extra shot-making options.
I can also drop the 50 degree and 58 degree for an 8-degree gap from my Pitching Wedge.

At the other end of the bag, you'll need to start with the yardage of your longest iron. Most amateurs hit their 3 wood the same distance as their driver. Most golfers can hit a fairway wood off the tee and through the fairway. Another easy choice if made logically and not with your ego. A modern driving iron is also a viable option. After that, you may wish to add a 5 or 7 wood and a long iron replacement hybrid and you have your short set sorted. 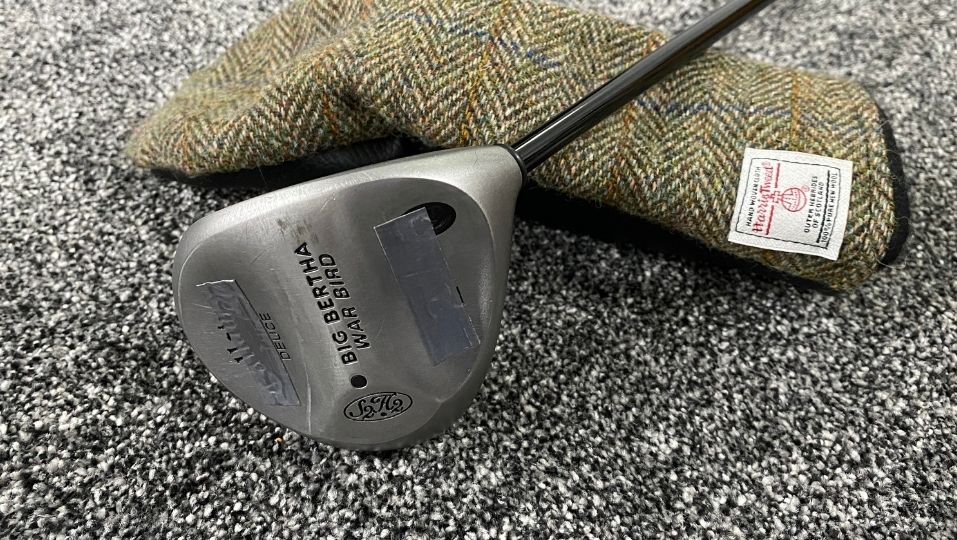 The Callaway Deuce can be found for next to nothing. Dropping the Driver and 3 wood for a 2 Wood gives me the best of both worlds.

Callaway has an 8 and 11 piece set for Women and a 10 piece set for Teens. Men don't play half sets I guess, but I digress. Despite the oversight, they do provide a couple of generic models to follow:

Gapping. If you follow the tips set out above, there won't be too many holes to fill. Most golfers think they hit their numbers consistently but you'll be doing well if your + or - 5 yards of what you think you hit it anyways.

Confidence. If you're used to hitting numbers, make sure you have a club that suits your typical leave yardage. For example, if you love a 9 iron from 140 yards, find a way to keep that club in your bag. If you know you have a stock shot you can hit on command, keep that club and hit it.

Shot making. When you don't have the number you have to manufacture a shot - the art of golf. Focus on the trajectory, shot shape, and your tempo - once you get back to trying to hit shots rather than mechanically hit numbers, I reckon your enjoyment will go up.

Fun. If you've handicapped yourself with half the tools available to you it's pretty tough to take the game too seriously. Scoring becomes less important and other aspects of the game appreciate in perceived value.

Minimalism. Once you've been bitten by the bug you will see how many clubs you can ditch. Seven clubs is as lean as I've tried... the Deuce, 3 Hyrbid, 6 iron, 8 iron, Pitching Wedge, 54-degree wedge, and a putter. You'll probably lose the yardage book and laser. The bag is light and has little storage so you don't need a trolley or cart. If you're playing a quick nine, one sleeve of balls, a few tees, and your divot repair tool and you're away - liberating.

Benefits of a Half Set

We've scribed a few points below about the benefits of the gaming a half set, quarter set, third set or short set. If you're playing less than 14, you've paid your dues.

It's lighter. It's quick. It's easy. Read about my journey from decadent materialist to golf minimalist and why the right bag is so important. 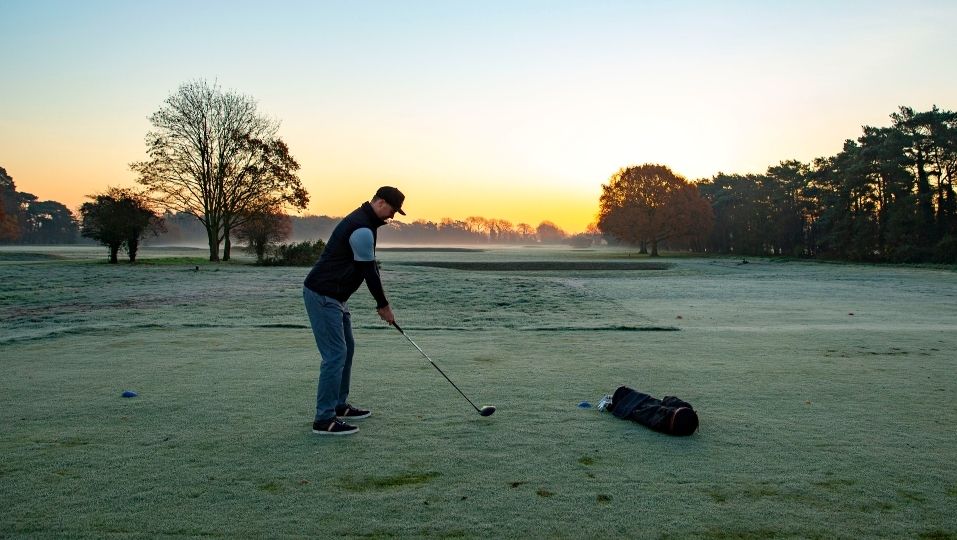 A single-strap Sunday Bag at Royal Worlington & Newmarket Golf Club.
Dew sweeping on the Sacred Nine is one of life's pleasures.

With a full set, the goal always seems to be making the game a test and pushing the limits. You find yourself playing from the back tees because you have no excuse not to. With a half set, you can embrace change and even play from the forward tees or even different tees on each hole. Imagine being unencumbered and playing from the tees which make the hole the most interesting from a strategic point of view.

When you're not attempting to shoot a score and go for your career-low round, you can play different formats... why not match play or foursomes? It's quick, fun, and the game of golf that most have never experienced. It's the perfect complement to the half-set culture.

Tell us about how you've benefitted from embracing the minimalist golf movement in the comments below!