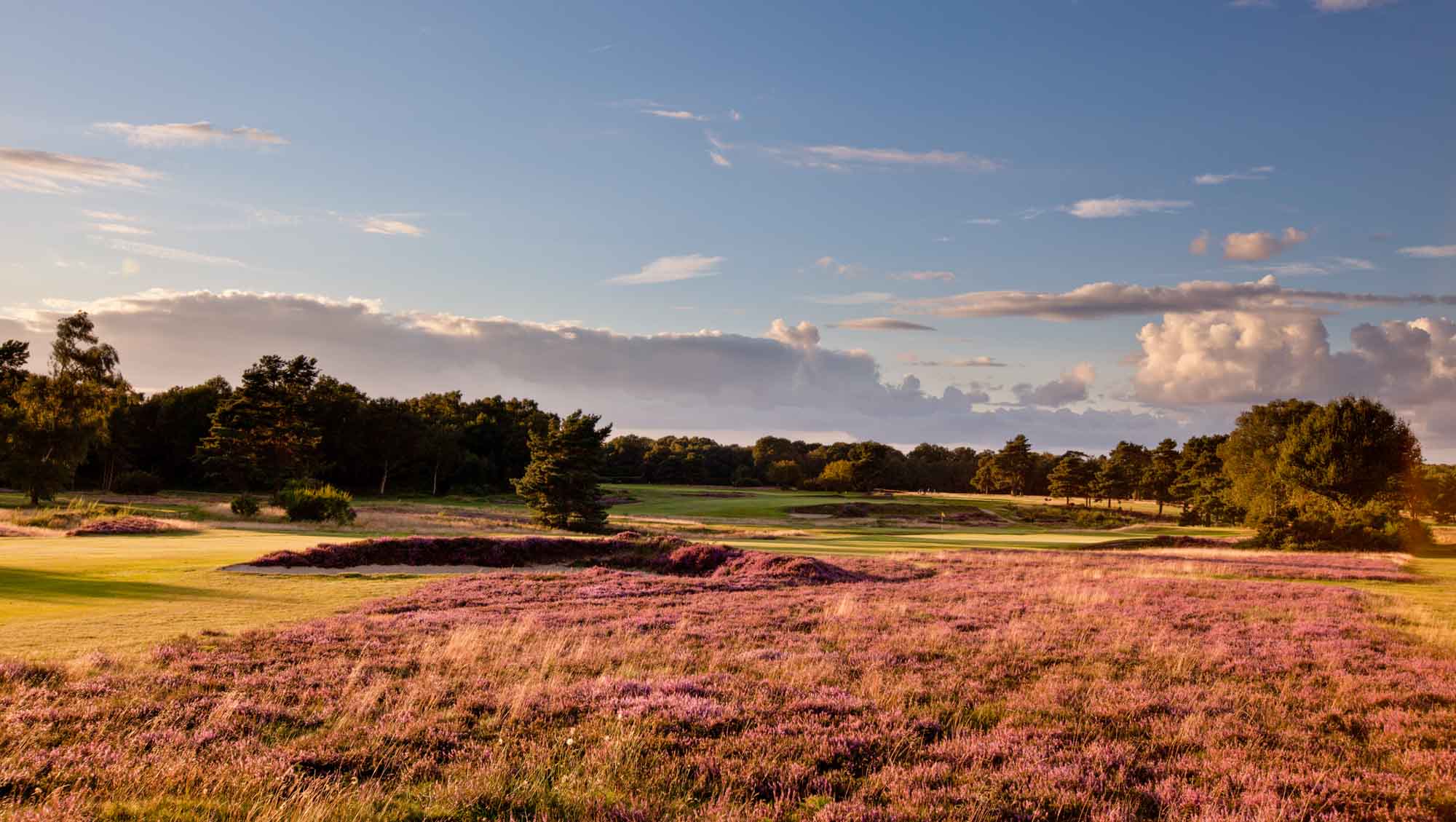 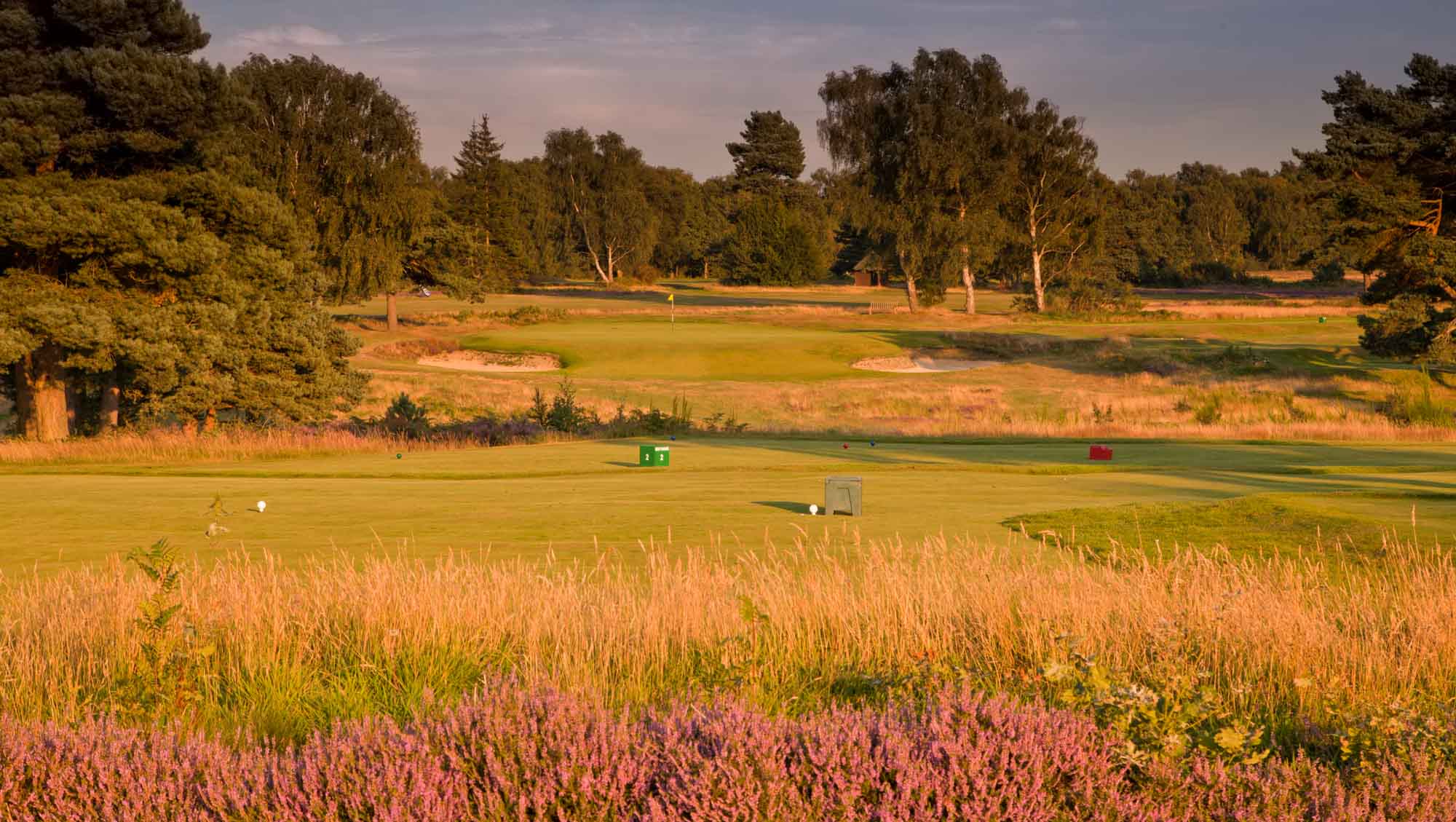 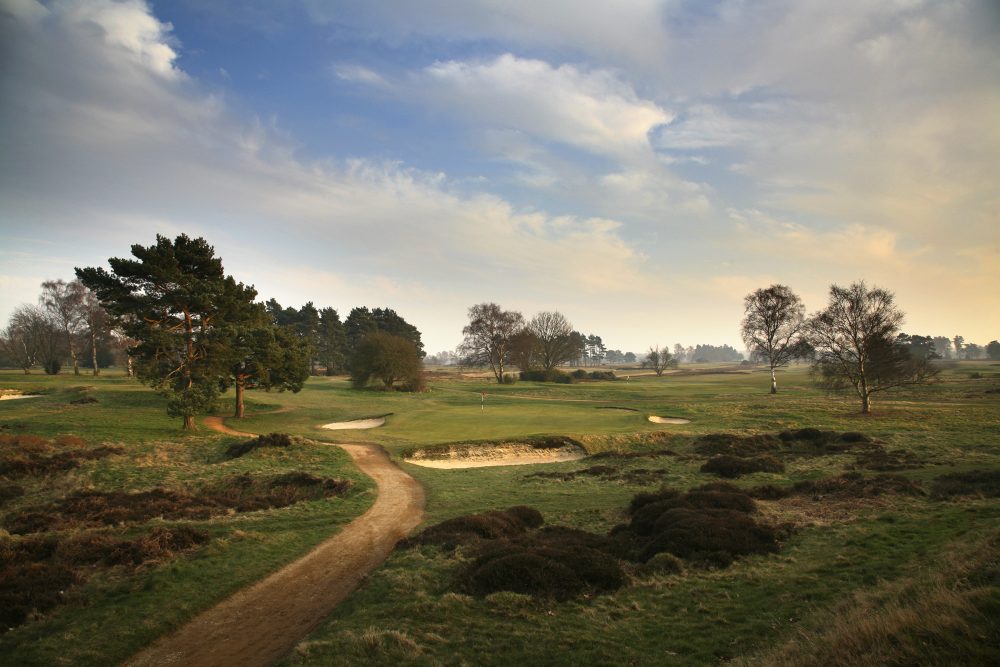 Loch Lomond golf architect, Tom Weiskopf was rumored to say the closing stretch on the Old Course is as good as any in golf.

Tom Simpson called Walton Heath Old Course the first really fine inland golf course to be designed from start to finish by an amateur golfer in the book The Game of Golf.

The 16th hole on the Old Course is one of the greatest in the game. It is said Herbert Fowler was inspired by the tee shot on the 7th at St Andrews and by the 11th at St Andrews on the approach. In any case, the hole was painted by Harry Rountree and sketched by Tom Simpson in his book, The Architectural Side of Golf.

Walton Heath Golf Club  Old Course, and in particular the inward nine, is one of the best stretches of golf in the world. If Royal Aberdeen's outward nine is the best links nine then the inward nine on the Old must be amongst the best heathland nine going.

The Walton Heath Golf Club New Course was laid out in two halves by Herbert Fowler. The second course at the famed London club in Tadworth, Surrey, England makes this one of golf's premier 36 hole destinations. Perhaps a bit of a surprise, but this the Walton Heath New Course is considered to be one of the least altered courses constructed by the great architect.

The Walton Heath Golf Club Old Course is one of the best golf courses in the world. Located on common land, the course now lies just inside the M25 in Tadworth, Surrey.

Walton Heath Golf Club was opened for play on May 14th, 1904. It was five years previous, in 1899, that the idea of a golf course on Walton Heath had been raised. By 1901, the first plans were finalised and the famed amateur golfer, Herbert Fowler, received his first commission to build the inland golf course in 1902.

G.A Franks was employed to build the course and provided the platform for another 150 courses to be built in the UK and Europe. Carter & Sons were the seed merchants who provided the Dutch Fescue seed. The grow in took 16 months with no turf being used. Herbert Fowler was also named the Managing Director and Secretary of the club.

Derek Markham explains in his book, "A Matter of Course", the first two green sites selected on the 500-acre tract of land were the current 5th green on the Old Course and the current 14th green on the New Course. From these two points, the rest of the course was laid out. The location of these holes allowed a short round of 6 or 12 holes to be played akin to the Old Course at St Andrews.

Early photographs indicate an early Victorian-penal strategy and aesthetic which is a reflection of the era when it was built. In 1903, rumblings from John Low and Stuart Paton had initiated what would become a complete paradigm shift from the penal to the strategic approach of inland golf course architecture. The Old and New Courses at Walton Heath Golf Club are a reflection of being established during this period.

The Great Triumvirate, made up of James Braid, JH Taylor, and Harry Vardon, opened the course. Originally, the fairways were sown with Dutch Fescue at a width of 50 yards with 10 yards of light rough then heather. Bunkers were placed a year after play in order to show where bunkers were to be placed.

Many of the changes listed were the result of merging two holes into one or otherwise making a new hole from existing components from former holes. Herbert Fowler died in April of 1941, so many of these changes would have been down under his watch and no doubt with his approval.

In 1980 and 1999, Donald Steel was asked to advise. Improvements were suggested but only bunkering on the 15th was approved. John Jessop would later make suggestions on bunkering, some of which was approved and implemented. These men along with Lt Col Pat Badham are responsible for the course as it stands today.

Perhaps a tale of two halves, the opening hole on the Walton Heath Golf Club Old Course is not ideal. Originally played over a road from a back tee, the opener would have been a half par, two-shot hole. As it sits, it's a long par 3 for the better player and drive and pitch for the average man.

The other drawback to the front nine is the replacement holes found on 8 and 9. When the motorway was built, the club lost the originals and had to come up with two. The current solution lacks the punch it should in comparison with the 6 preceding them and definitely with the nine that follow.

Just a few years later in 1908, the first nine holes of the New Course at Walton Heath Golf Club opened. By this time, the evolution of thought with regards to the strategic approach to golf course architecture was in full flow. It could be said this was a period of transition and a proverbial changing of the guard.

By 1913, when the second nine were opened, the penal school of golf course design theory only had a few ardent followers. About this time, Tom Simpson and Hebert Fowler joined forces officially - although there is evidence of collaboration as early as 1909. Despite differences in design theory, Tom Simpson was the champion of strategic minimalism and no doubt there was a shared approach to the laying out of courses.

On one location, you can literally see the evolution of golf course design. This certainly makes Walton Heath Golf Club a worthy destination for any golf course architecture geek!