It's a stadium links in perhaps the most spectacular set of dunes in the world. 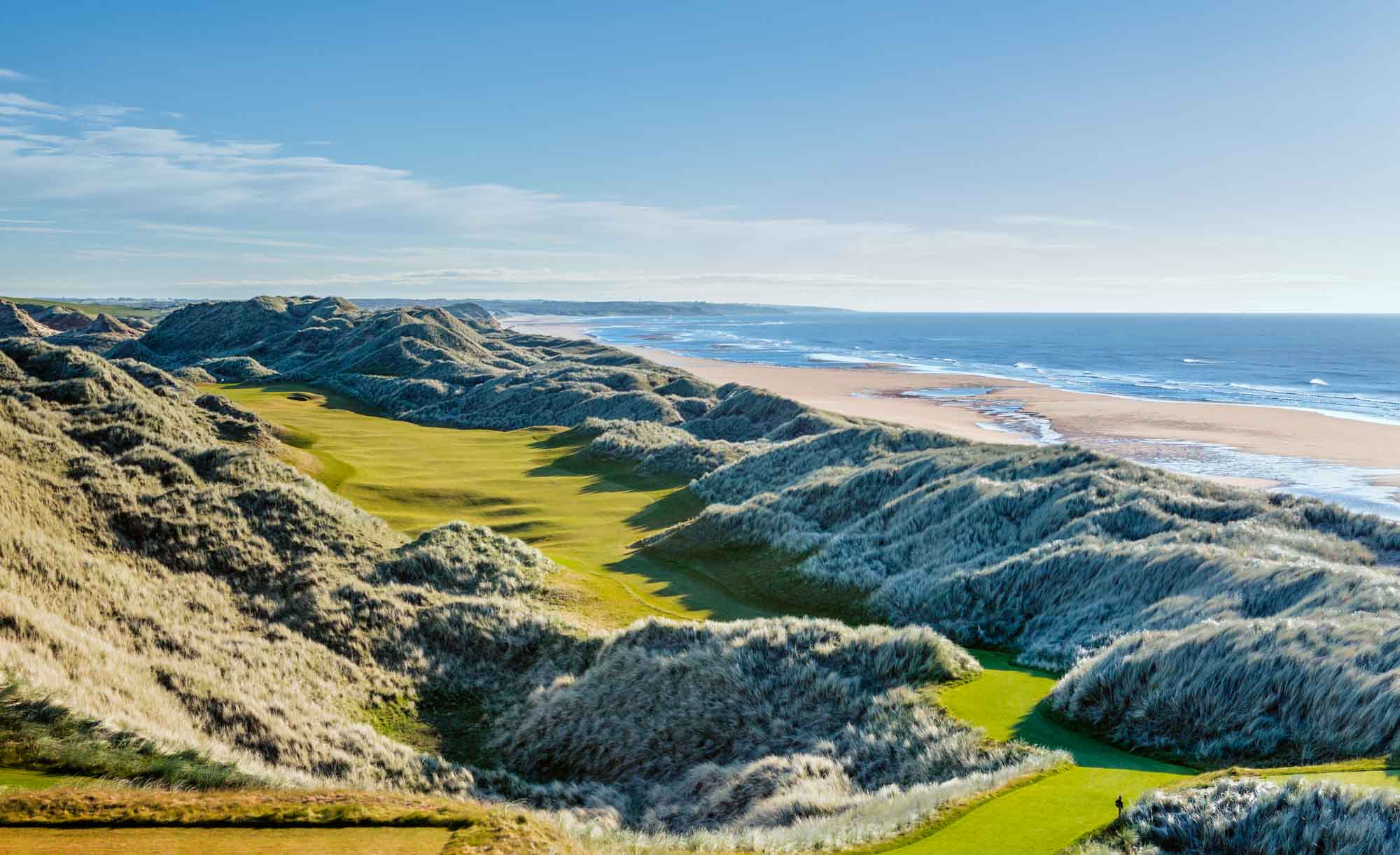 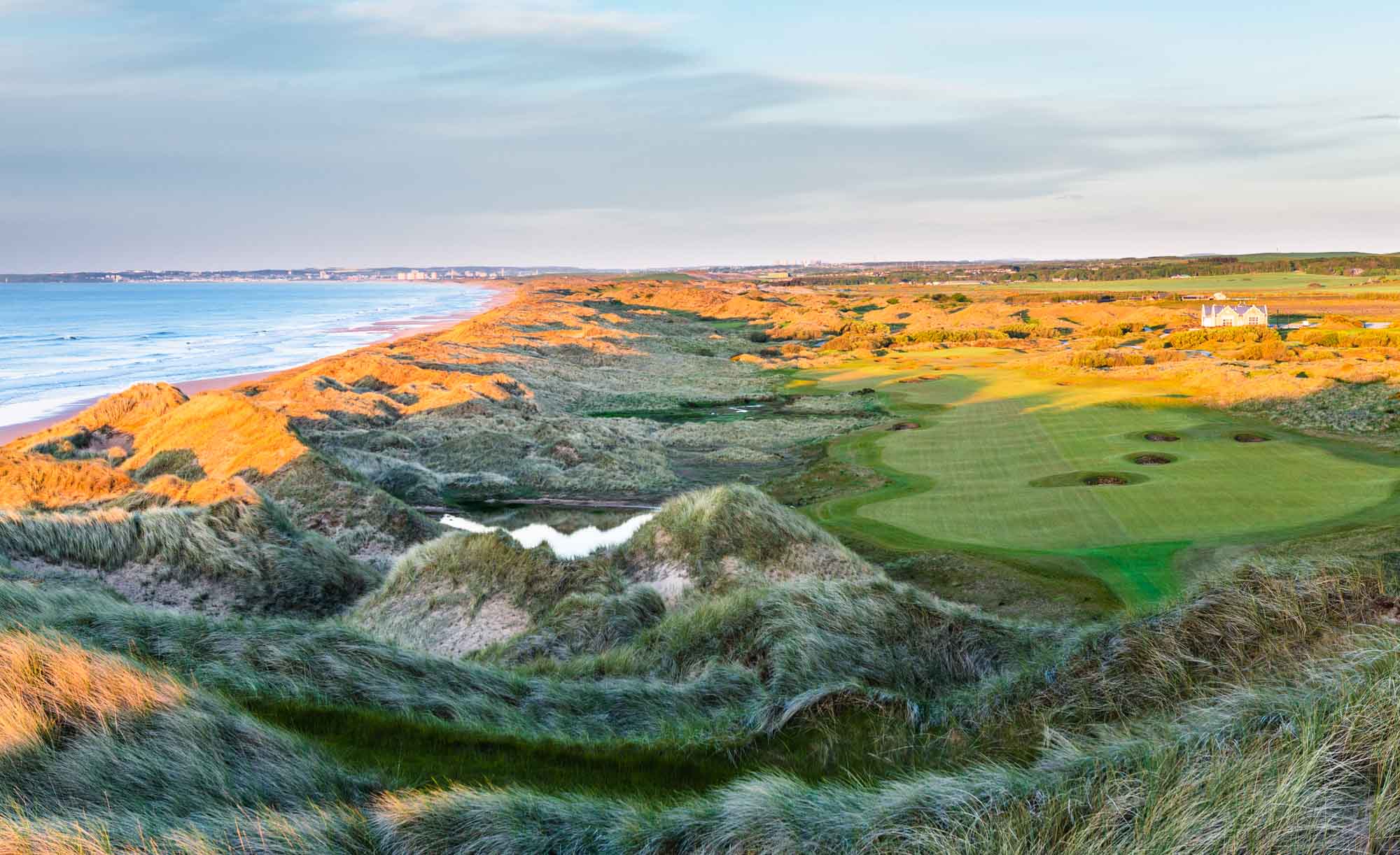 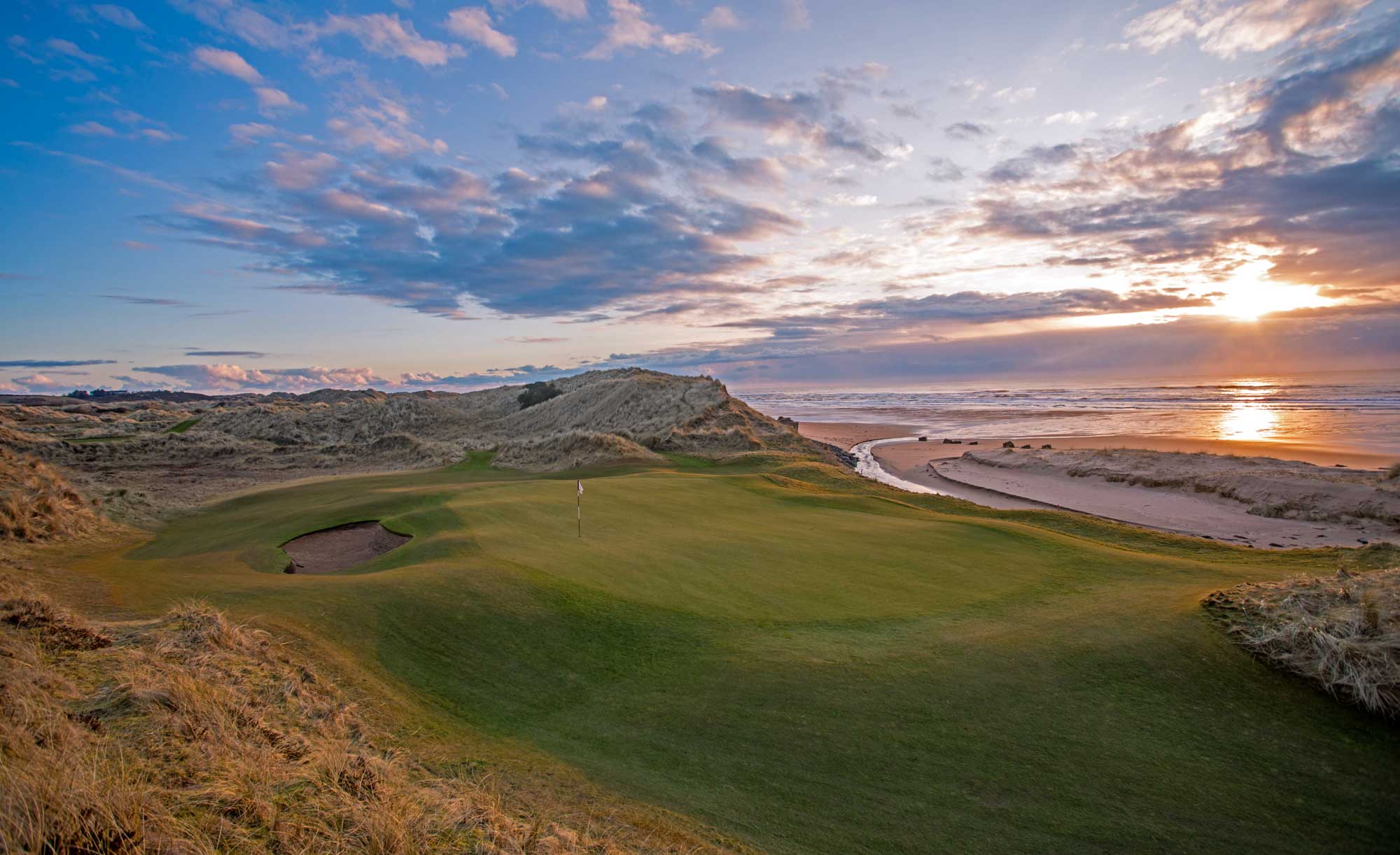 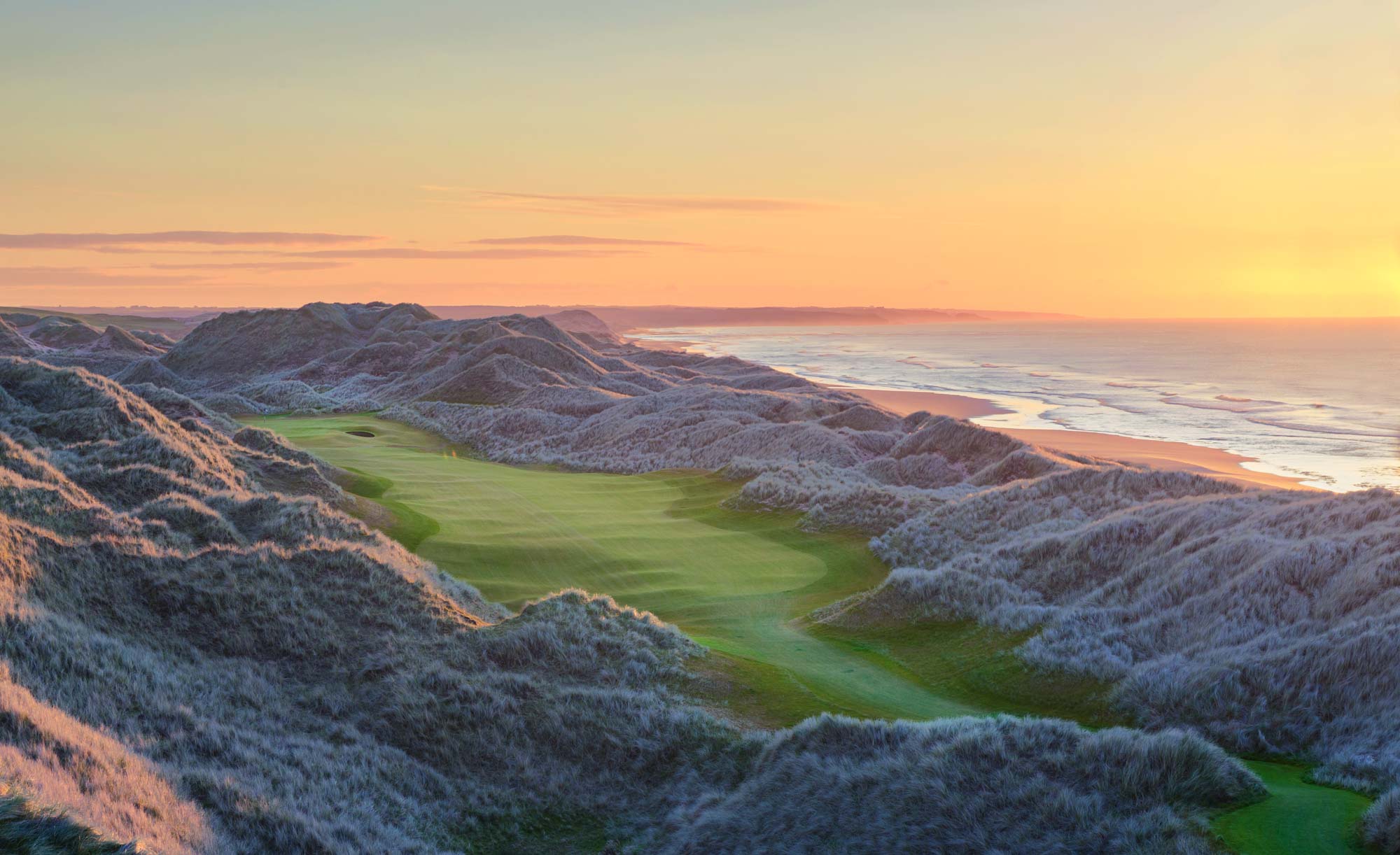 The dunes at Trump Aberdeen are impressive. Monumental and picturesque, they are thought to be some of the largest in Europe!

Remove the name of the owner from above the front door and evaluate the golf on its own merits - Trump International Scotland is good, really good. Built to be a world-beater, the course is as bold as its owner.

The tie-ins betray that large amounts of earth movement in the fairways of the holes. This links was definitely made rather than found. Mr. Hawtree's green bear his hallmark, waved edges abound. This is not a criticism but rather an observation.

Trump International Scotland is better known as Trump Aberdeen. Laid out controversially in some of Europe's largest dunes, Martin Hawtree was tasked with building what was to eventually become an Open venue on the Menie Estate, Balmedie, Aberdeen.

The Best of Trump International Scotland

For a single-digit handicap in moderate winds, play from the Gold's. If you can get to the Black tees on the 11th, 14th, and 18th, it'll give you more scenic views from elevated positions.

The front nine is a little more intimate and follows an out and back routing from the clubhouse. The back nine has more ambitious holes, more mundane holes, and some showstoppers. The 14th and 18th are the most memorable due to their elevated tee shots, panoramic views, and immense airtime. The 13th and 16th are the one-shot holes but aren't the equals of the all-world 3rd and tricky 6th found on the front.

I have always struggled with the 10th. It is a dual fairway par 5. I guess the logic is that if you hit a perfect 314-yard tee shot you have a better angle to the three-tiered nestled green... but the front of the green is still 299 yards away and the green itself is 44 yards deep... It is a conundrum to me and one I cannot comprehend.

The 12th is a great par 4 that rewards a well-placed drive to an exceptional green site. The 16th could be found on a Harry Colt links and is a modern interpretation of the echelon bunkers. It favours the better player with the draw being the natural shot shape required for a back right pin. The 17th that follows is another well-structured hole that uses the natural contours on this part of the property beautifully.

For me, the highlight of the course is the 5th. A short par 4 that could be played from any tee without any lack of suspense or strategy. It could play as a brutally tough par 3 from the forward red tees at 236 yards or perplexing half shot par four from the 386-yard medal tees. The pin position on the Road Hole green complex, which is visible from the tee, should dictate play as the green slopes from right to left and from front to back.

The classic layout of two out and back loops of nine make the most of the incredible parcel of land. There are plenty of elevated tees which provide you with exhilarating tee shots into the valleys created by the dunes below. The course could be described as a 'stadium links.'

I don't know if they will ever swap the nines. Perhaps the 18th is too memorable for that and ending on a great hole that doesn't have epic views (the 9th) may not be as flamboyant as it needs to be... from a pure golf perspective, the front nine is brilliant and the 5th is one of the best short two-shot holes I've played. Either way, you have a world class golf course that ranks as one of the very best...

Trump International Scotland competes in a similar space against the likes of Castle Stuart, Kingsbarns, and Dumbarnie. Toe to toe against the old guard, it still has a ways to go to capture the grandiose claim of being the best links in the world.