A short, fun-filled course is guaranteed to put a smile on your face. 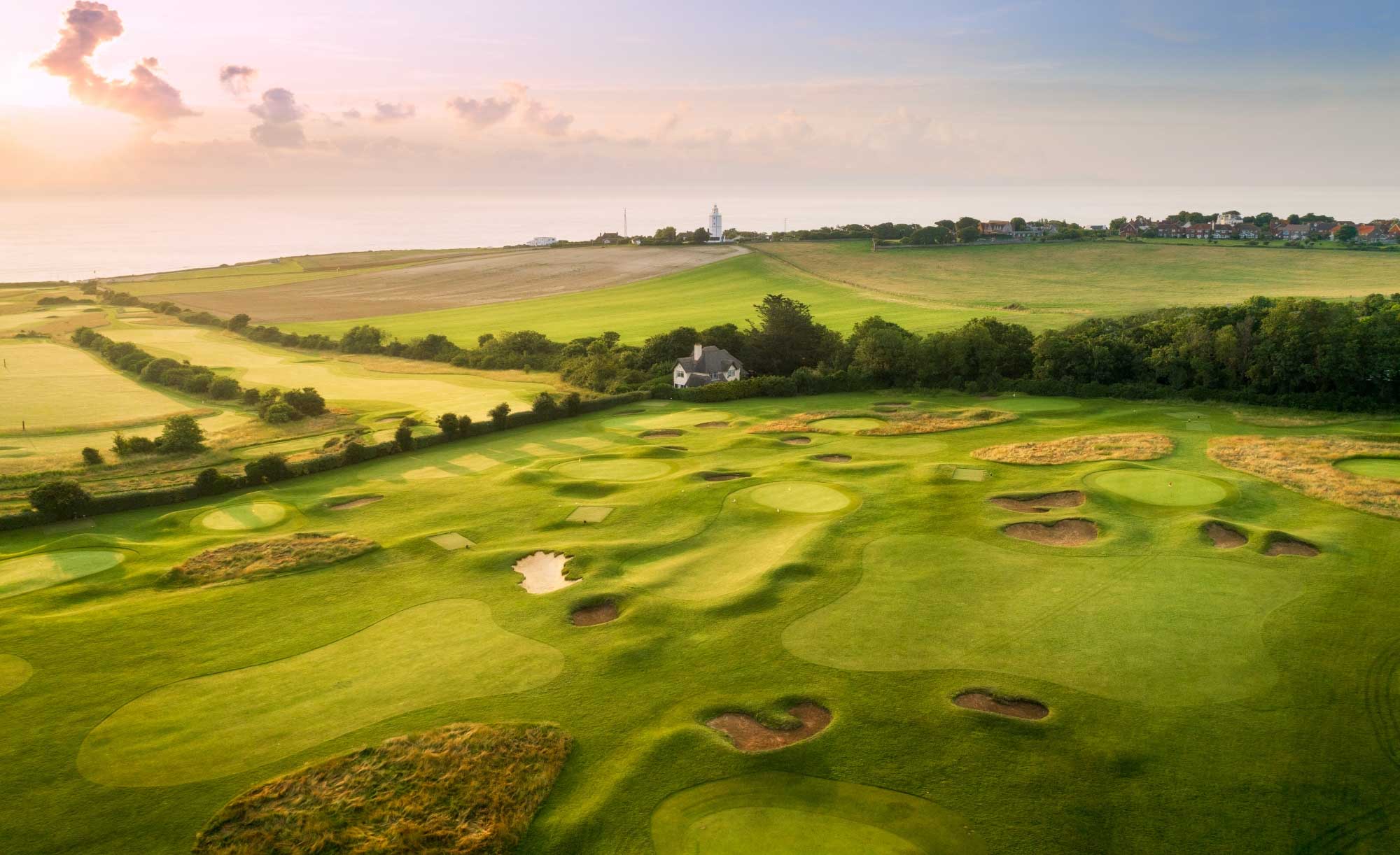 The course was designed to be played with a wedge and putter. Contoured greens and elevation changes are seen on this little parcel of land. Tree's have been kept from encroaching on play. Many of the original bunkers are now grassed but lie in wait for restoration.

This may be England's answer to The Bad Little 9, The Cradle at Pinehurst, Bandon Preserve, or Top of the Rock at Big Cedar Lodge.

A perfect addition to a summer's evening after Prince's and Royal Cinque Ports. We are presuming you've done the right thing and played morning and afternoon foursomes at Royal St George's the day before or after...

The Northcliffe Course (formerly known as Kingsgate) at the North Foreland Golf Club is a unique design. It is largely untouched and one of only a few approaching courses designed by Fowler and Simpson. This is without question the best surviving example.

It was reported in 1920 that this short hole course would revolutionize the game. The course was designed to include every shot with the exception of the long one thus putting an emphasis on accuracy, precision, and touch.

Said to be an enlargement of the idea of their putting courses, both Simpson and Fowler saw the course as being a relief course but also a way to practice and refine one's short game. This was the precursor to the short game area and combined the joy of playing with practicing.

Norman Harris of Franks Harris Bros was personally responsible for the manufacture of the course. The work was done in a period of about 6 months in early 1920. On a side slope, the undulations were all man-made before the entire 15 acres were turfed rather than seeded.

Some bunkers have been lost and others filled. This is particularly evident on the uphill holes, for example, the 2nd, 7th, and 14th. You can see exactly what Tom Simpson was trying to achieve with layers upon layers of bunkers... the 7th could be the benchmark for Simpson-esque bunkering and par 3's if restored...

The 4th hole is Tom Simpson and Herbert Fowler's nod to Redan at North Berwick.

The 17th is a bunker-less design which I think is probably the work of Herbert Fowler. A similar green site can be found on the big course next door and at Beau Desert Golf Club.

There was a Pandemonium Green - the original 16th. Patterned after the Pandy green at Musselburgh.

The original 18 holes course consisted of holes ranging in length from 60 to 150 yards.

The Question of Presentation

Multiple mowing heights give the course a modern aesthetic. The texture of tall and waving fescue grasses is pleasing - this could be expanded and the playing corridors widened with minimal or even less outlay.

Mowing lines, approaches, and green pads are not presented in a traditional manner. I can imagine two mowing heights on the entire course allowing for the mounding of the greens to be revealed to allow play from a plethora of scenarios.

The genius of the course can be seen but not fully enjoyed with the current presentation. Despite this, there is no doubt the course is already a joy to play. In fact, given the choice, I'd play here over the course next door.