Arthur Croome's only design with alterations from Tom Simpson makes this a strategic masterpiece. 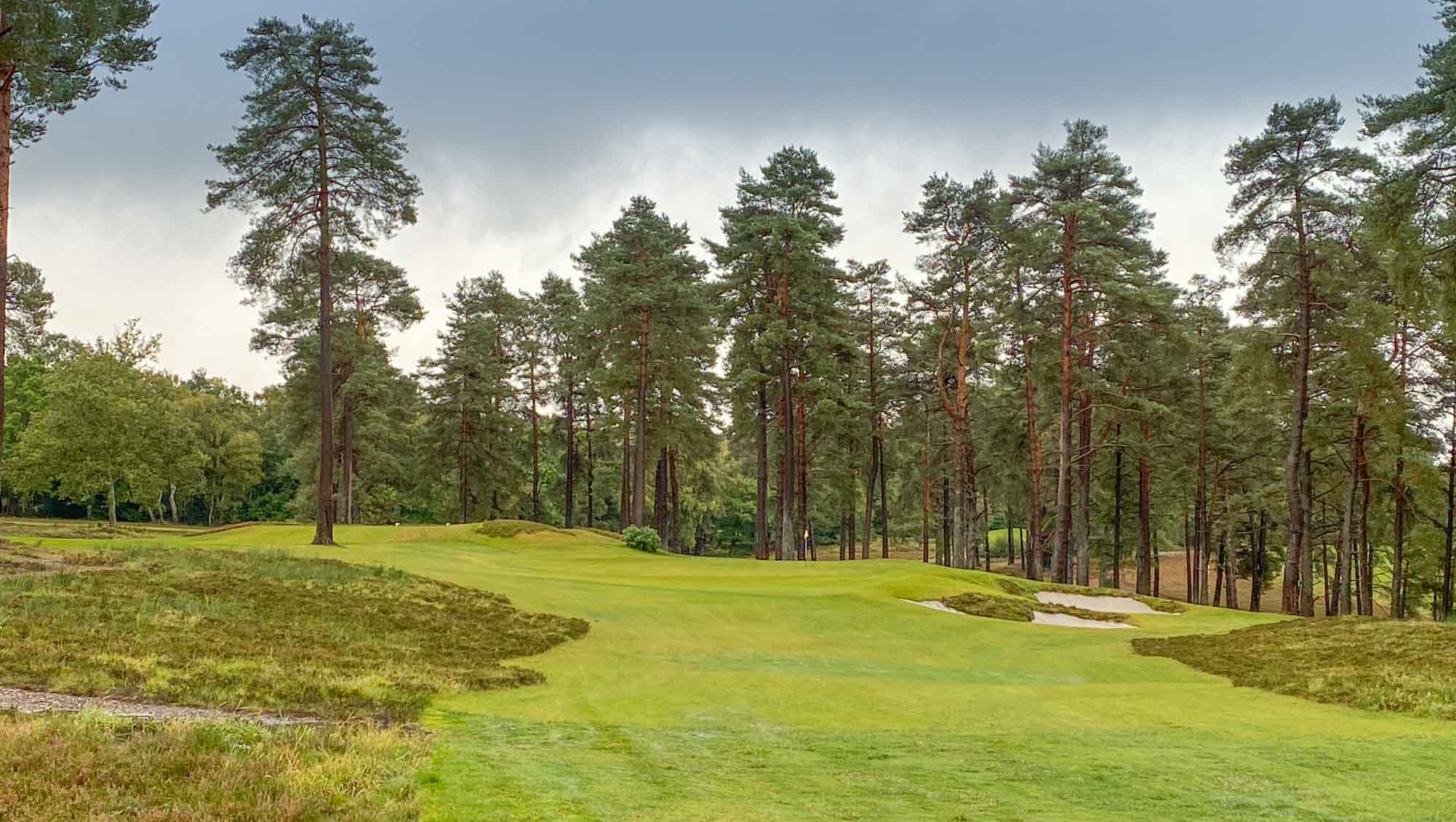 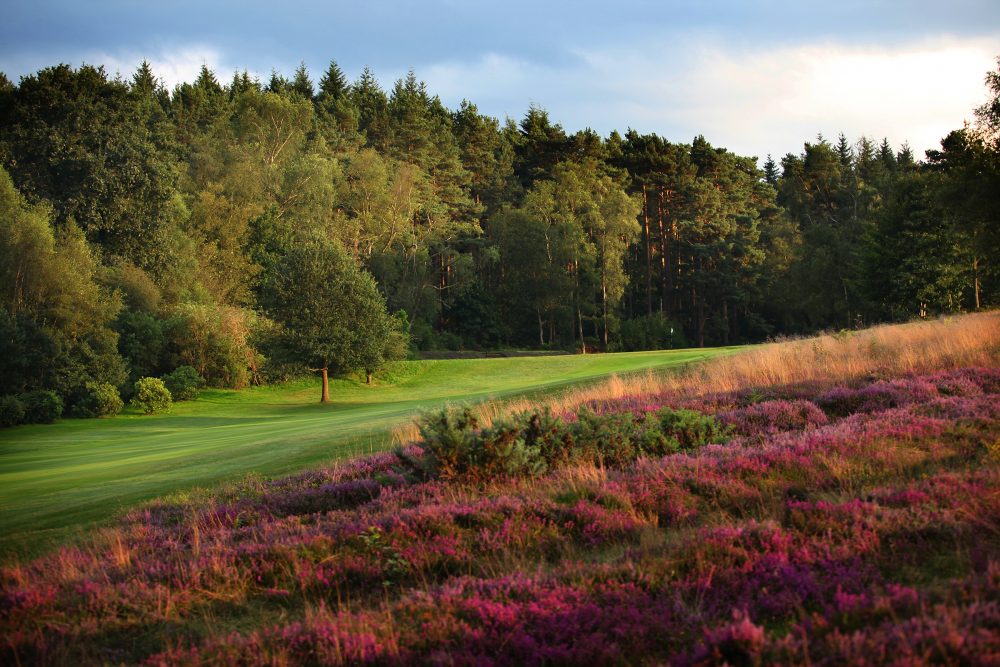 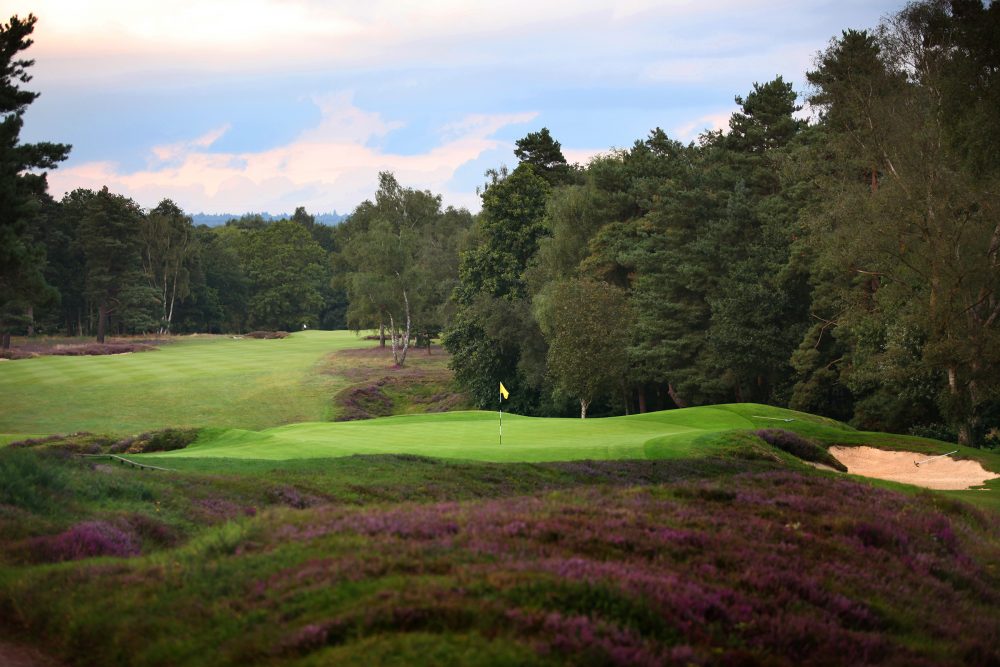 The skill tested at Liphook Golf Club is placing shots in the right position allowing the successive to be easier.

Unique to a small number of clubs, Liphook Golf Club operates a ball chute instead of booking tee times.

Tom Simpson and Bobby Locke both considered it one of the finest inland courses in the British Isles.

The one-shot opening hole is unique. Like The Addington, it wasn't planned as the 1st.

The 5th, Black Fox, was considered to be one of the best holes by Tom Simpson and part of his ideal course.

The watercourse in front of the 7th delineates West Sussex from Hampshire!

The 10th is the combination of the old 10th and 11th. Look carefully and you can see the former green site in the fairway.

The 14th is made by the large mound on the front left of the green. It was added by Tom Simpson following Arthur Croome's death and is known as Simpson's Folly.

Found in East Hampshire in the South Downs National Park, Liphook Golf Club is a traditional golf club and one of the best inland golf courses in England.

Liphook Golf Club was laid out by 'golfing expert' A Croome in 1921 and is considered to be the architect. JF Abercromby frequented the course during the construction as the two were connected prior to joining Herbert Fowler and Tom Simpson in 1923. Franks Harris Bros were the course contractors and Mr. Franks oversaw the grow-in.

As of April 1922, 11 greens had been turfed, 2 were about to be completed and the rest on the west side was progressing toward completion. (West Sussex Gazette 20.4.1922) The first nine holes open for play in September 1922 with the remaining nine holes open for play in June 1923. When Liphook Golf Club opened, the clubhouse was in the Wheatsheaf Hotel, now known as The Links Tavern with the 1st hole being the current 10th.

Tom Simpson eventually became a member and Master of the Green and continued to develop the course. John Morrison added a new 1st and 18th to accommodate the new clubhouse and reversed the nines in 1949.

MacKenzie & Ebert were called upon to ready Liphook Golf Club for its centenary in 2022. The stated objective was to make the road crossings safer and make the back nine flow better. Three new holes were introduced - the 8th, 9th, and 10th. The 8th and 9th are both new designs. The new 10th combined the former 10th and 11th with the old 14th was dropped from the rotation. There are new tees on the 7th and 15th.

Liphook Golf Club exists in what is essentially four triangular segments bisected by the B2070 or Portsmouth Road and the railway. You play the first four holes before crossing the road which opens Holes 5 & 6. You then cross over the railway to access Holes 7 to 14. After another road crossing tunneling under the railway, you can play the final four holes.

The current course layout can be attributed to the following architects:

Tom Simpson's strategic minimalism is on full display. Tom Doak writes in the Confidential Guide that "there are never two bunkers when one will suffice" and the approaches to the shrewdly contoured greens would be hard to improve upon! High praise from one of the world's leading architects and something which would not want to be lost!

The quality and rarity of such a design wouldn't be lost on a design firm like MacKenzie & Ebert. After coming up with the current development, a plan from Tom Simpson was uncovered which proposed a similar scheme and dated from the 1930s. Simpson's plan was designed to cope with the old A3 road proposal and is very similar to the new layout.