Royal Dornoch Golf Club is a top course to visit as a student of golf course architecture and just happens to be Donald Ross's home course. 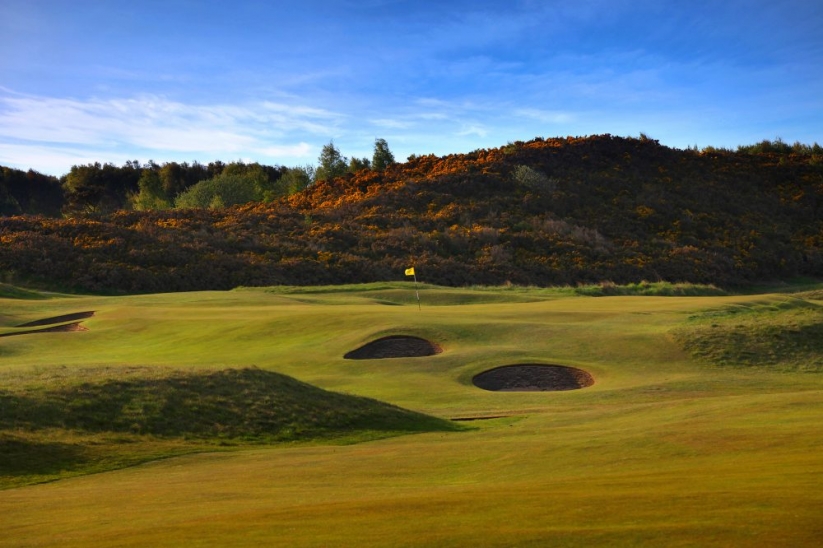 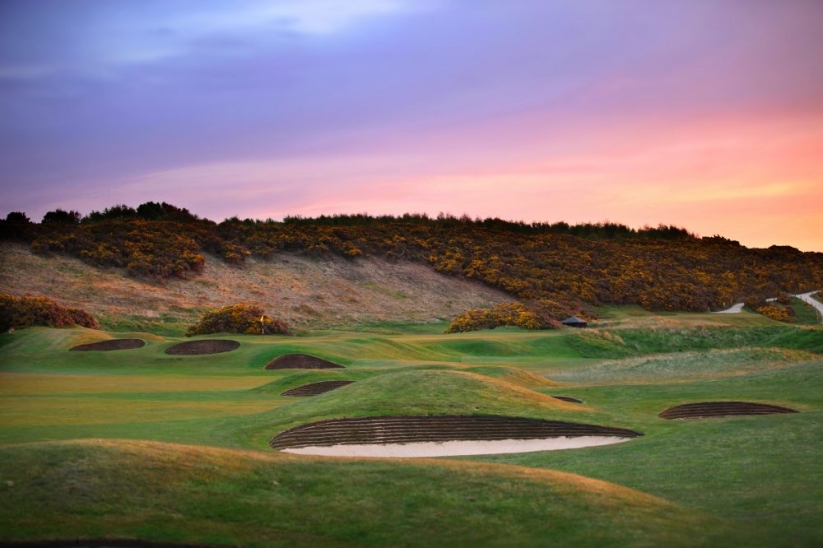 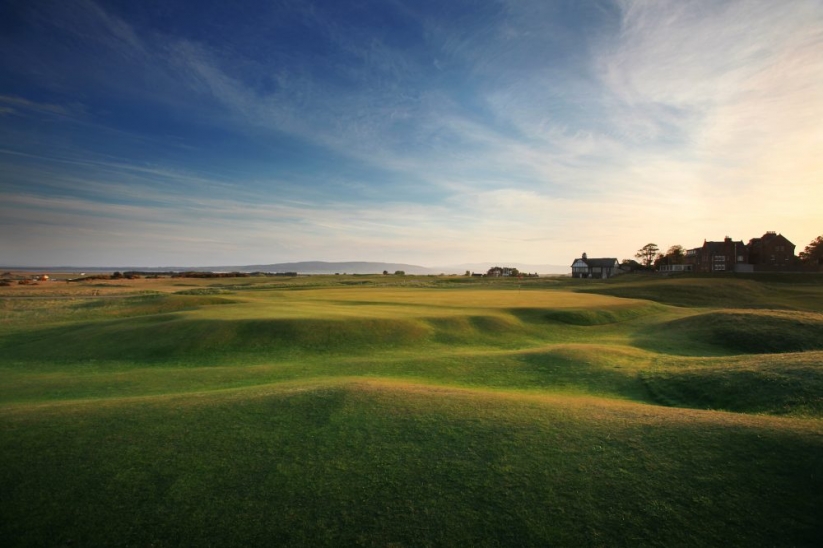 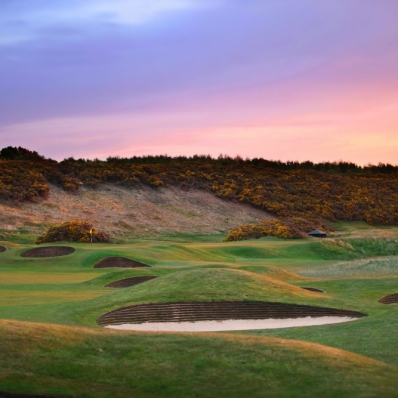 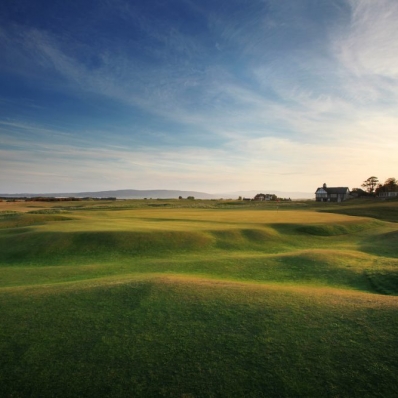 Reference is made to golf at Dornoch in 1616, with only St Andrews, Montrose and Leith coming before. The Sutherland Golfing Society would be formed in 1877 and evolved into the Dornoch Golf Club around 1883.

In 1904, JH Taylor would redesign much of the links routing the course into the dunes as far as Hole 6. Some of the original holes from the 1904 course are now played as part of the Struie Course.

In 1921, Donald Ross come home for a visit and while at the club helped John Sutherland remodel the 1st and 2nd holes.

In 2020, the new 7th by Tom MacKenzie was unveiled and open for play.

Part of the allure of Royal Dornoch Golf Club is the consistency of its holes. The 1st is somewhat of a 'gentle handshake' at a little over 300 yards - the driver might feel like the obvious play, but can often cause more problems than it solves. A generous fairway at 200 yards tapers towards the green, with a dangerous bunker some 30 yards short of the putting surface to catch the over-ambitious. The green sets the tone for what is to come - a beautiful upturned saucer, bunkered on the front edge with closely mown runoffs to the sides and rear.

The local joke regarding the par-3 2nd hole is the most difficult shot at Royal Dornoch Golf Club is your second to the 2nd. Only when you've missed this green can you fully appreciate this... From here you walk down the path cut through the 'whins' (gorse) to emerge on the course 'proper'. From this vantage point, most of the holes are visible - as well as the quite stunning Dornoch Firth. The land around the bay is on a split level, the outward holes marginally higher than the inward ones. This affords a view of the water on almost every hole.

3 and 4 are similar par fours measuring over 400 yards in length. Both are relatively straight holes with whins covering the bank to the left. Typically you end up right to avoid a prickly end - playing from exceptionally challenging terrain instead. The 3rd has a wider fairway and bunkers to the right, whereas the narrower 4th doesn't require any fairway bunkers to keep you on your toes. Both have the most wonderful green complexes with the 4th being the more extreme of the two. For the right-hander, the angle of the greenside string bunkers puts the short right or long left miss in real trouble.

The 5th at Royal Dornoch Golf Club is one of the best short par 4's I've found on my travels. Whilst it is a little over 350 yards from the championship tee - the members play it from 300. Stood on the tee, there are half a dozen clubs you could play - even on a still day. Whilst the fairway is one of the wider on the links - five bunkers lie in wait down the right-hand side for the non-commital mid-iron. The better line to the green is down the left-hand side, again flirting with the whins. On this line, three bunkers await at 270 yards from the member's tee - very much in play when playing down breeze on the firm fairways.

The green on the 5th is one of the best. Long and narrow, you can see why it is best approached from the left-hand side of the fairway. Pitching too far right and you'll run all the way down leaving an incredibly tough pitch back up the hill. Playing from the right-hand side of the fairway, the landing area is so narrow that one of the greenside pots to the left of the green is a common fate.

The 6th is a brilliant par 3 and a favourite of the members. It may be only 160 yards in length, but the green measures a meagre 12 yards wide. Whins or a trio of brutal pots come into play with a pull left. Many others will find themselves pitching up a steep bank having bailed out to the right. The turf is kept short enough to ensure the ball rolls all the way down but is just long enough to prevent you from simply putting back up.

8 involves a leap of faith from the tee. A drive or long iron at the marker post on the horizon and hope you find your ball on the beautifully undulating fairway that cascades down the hill towards the beach. The approach is one of the few occasions when you play down to the green.

9 brings a new hazard into play for the first time - a pulled drive on this par 5 could find the beach. With so much sand in play, there are no formal bunkers required on the drive. However, a bunker to catch a pushed lay up is tactically placed short right, and a few more guard this expansive green. This is another green best approached from the left.

10 is another medium length par 3, well-bunkered short with runoffs long and to the right which guard this beautifully proportioned two-tier green.

11 is a brute. Inward, the whins are to the right. To hit this long green in two, a long iron is normally required. From the cambered fairway, the bunker and run off to the left collect more than their fair share of approaches.

12 is the second par 5 in 4 holes and the final three-shot hole on the course. Here, you'll be happy to walk away with a par. The hole gently sweeps to the left, with thicker rough and more extreme broken ground guarding against the inside line being taken. If your drive does find the fairway, there are bunkers down the right-hand side to navigate with a layup. If you're feeling ambitious and going for it in two, make sure you navigate the grassy hump perfectly positioned front and centre of the green. Instead, a gentle draw off the right-hand greenside bunker is required - not easily executed with a stiff breeze off the Firth.

13 is possibly the easiest of the par 3's... unless you happen to miss the green. Seven bunkers surround this short hole, but it is one of very few greens where balls collect towards the centre - rather than being repelled.

With that, we reach the best known of Royal Dornoch Golf Club's holes, the 14th, named Foxy. This bunker-less par 4 measures just shy of 450 yards from the back tee. From the blind right-hand side, only a towering approach has a chance of holding this amazing green. With thicker rough down the left, you must be on the short stuff to have a chance of hitting the green in regulation by running it up the front left slope. The change in elevation between the fairway and ridges is only about 5-7 feet, and the green sits on the last of a series of ridges. There are no towering dunes in play at Dornoch, the topography here is more subtle - and Foxy is the epitome of it.

The 300 yard 15th offers a chance to recover the often dropped shot from Foxy. The flag is visible beyond the shaggy hill in the centre of the fairway. Again, a question is asked: short, right, left or over? All are possible routes to the green but none particularly easy. The green is heavily cambered from right to left and delicate pitches around the green are a real challenge. Laying short of the centreline mound is advisable but from here the blind approach is not much easier. This is an examination in subtlety rather than power.

16 plays up a steep bank with a pair of bunkers right just enough to focus the mind. Too far down the left and the 'quarry' could provide a final resting place for your ball. Left is dead - a precipitous drop to a lost ball. Right is closely mown safety with just enough rough clad hillocks to keep your mind sharp.

17 is one of Royal Dornoch's more famous tests. Back down the hill, a ball that limps over the plateau will demand a long approach that is almost more challenging than if it had held at the top of the hill. The best drive is instead longer than first inspection suggests - drawing over the marker. From the point where the fairway tapers, there are only 80 yards over the bunkers and rough to the rolling green. The sister hole to the 8th, but with an additional layer of jeopardy one would expect at this crucial part of the round.

Royal Dornoch Golf Club is a lesson in subtlety that tests the best with just two par 5's, one of the world's greatest par 4's and a superb collection of par 3's. - Course Synopsis provided by Sam Cooper.

Further information on Royal Dornoch Golf Club and its history can be found in Scott Macpherson's book, Golf's Royal Clubs. 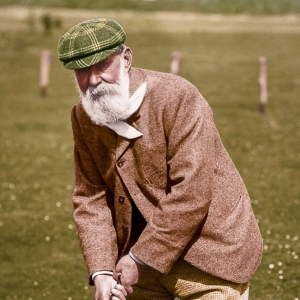 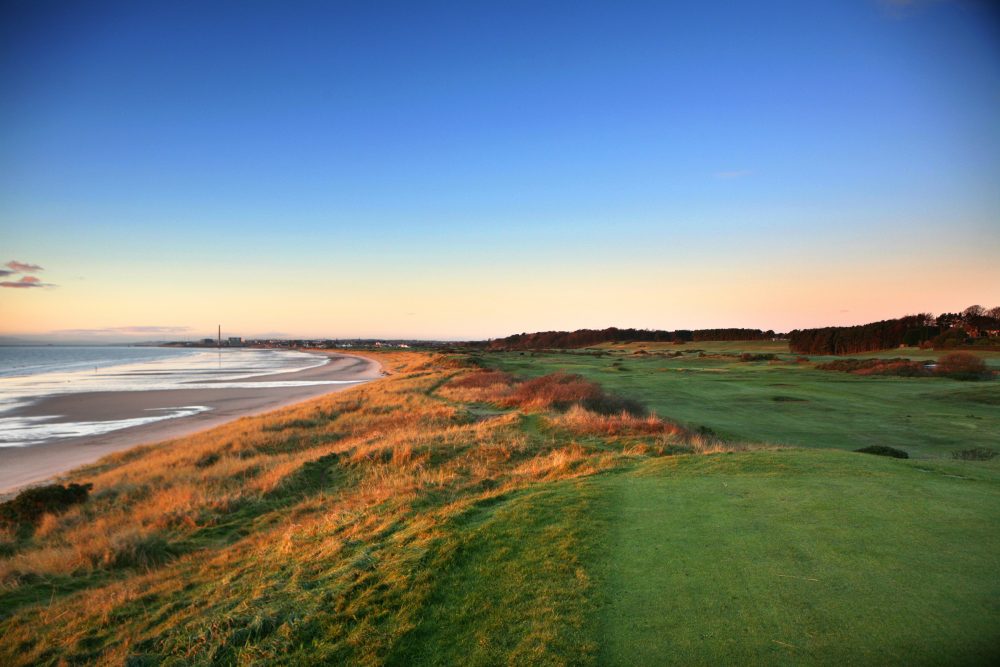 Lundin Golf Club is a fine links golf course in Leven, Fife, Scotland near St Andrews. The course is laid out on Largo Bay on the north side of the Firth... 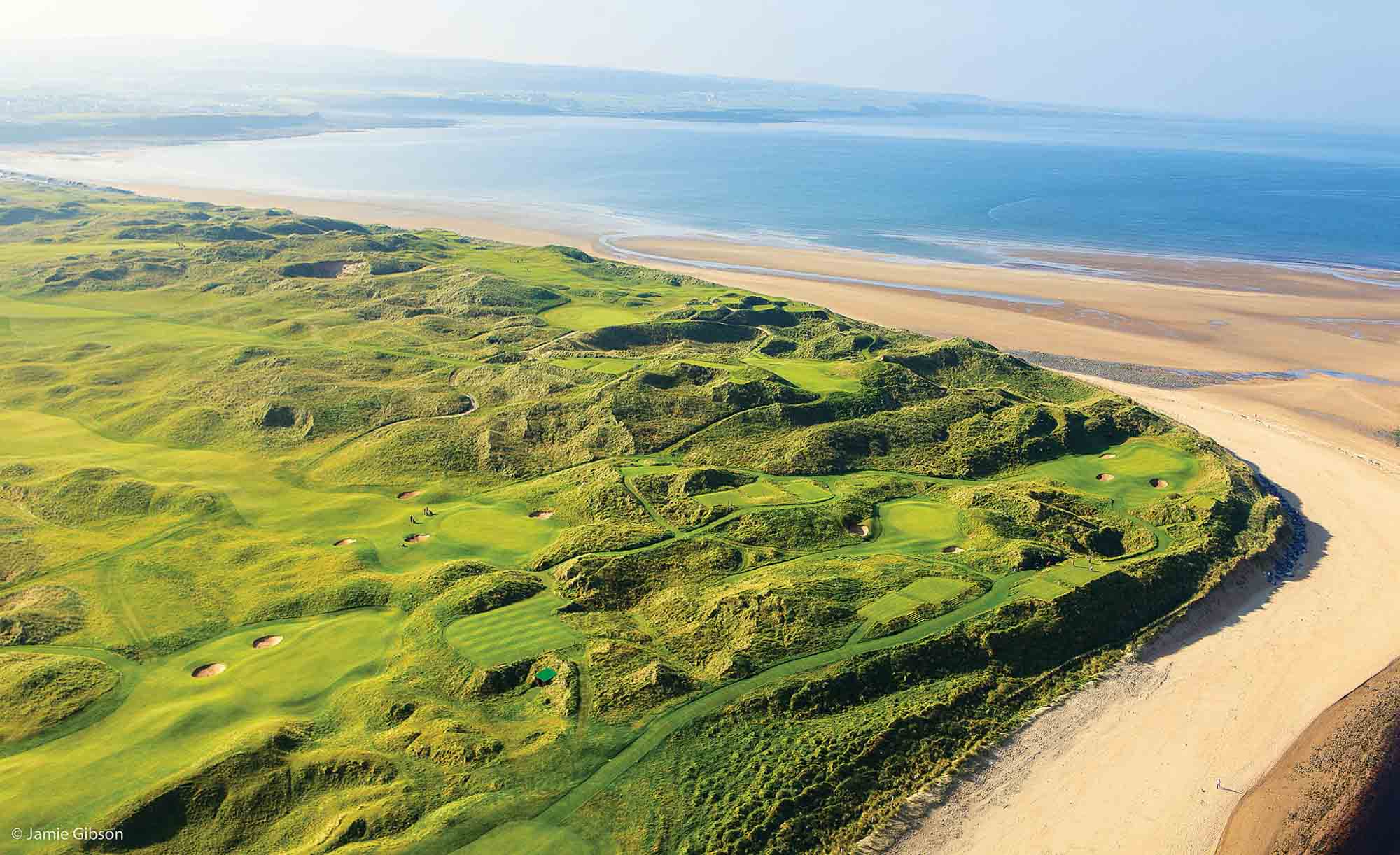