A great, fun, short course next door to some of the larger names just a little North! 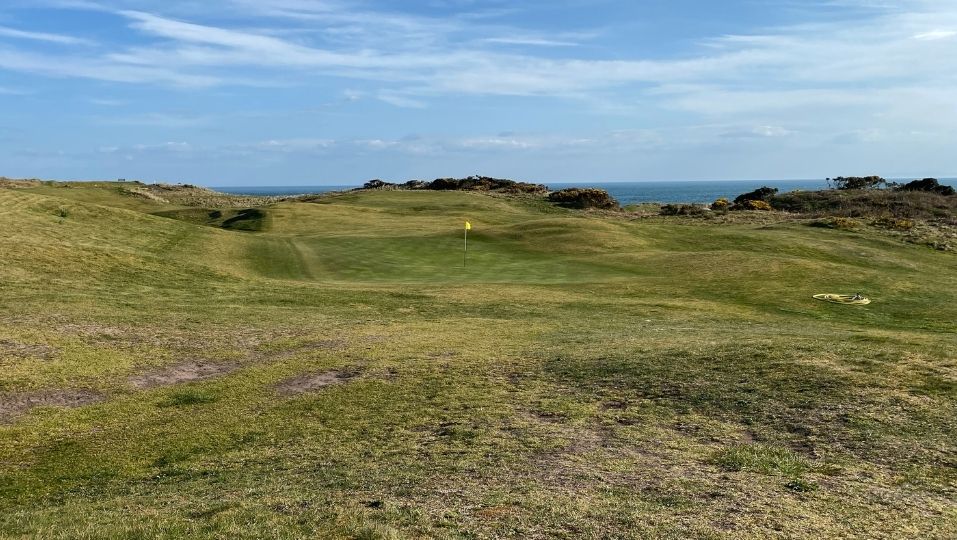 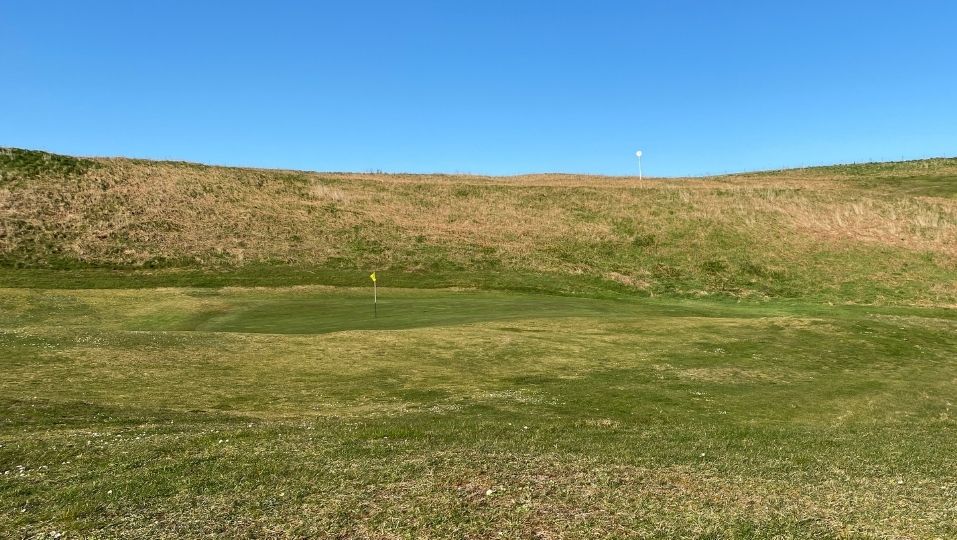 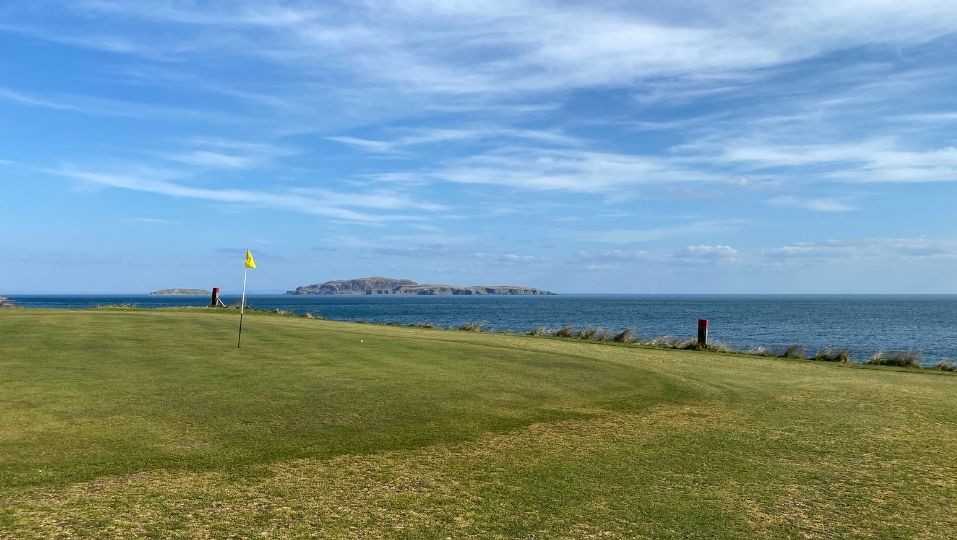 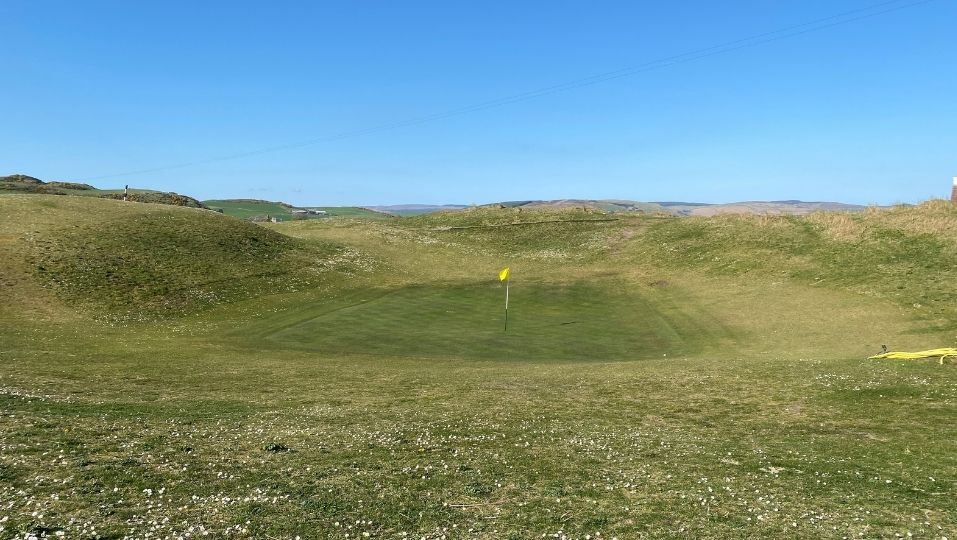 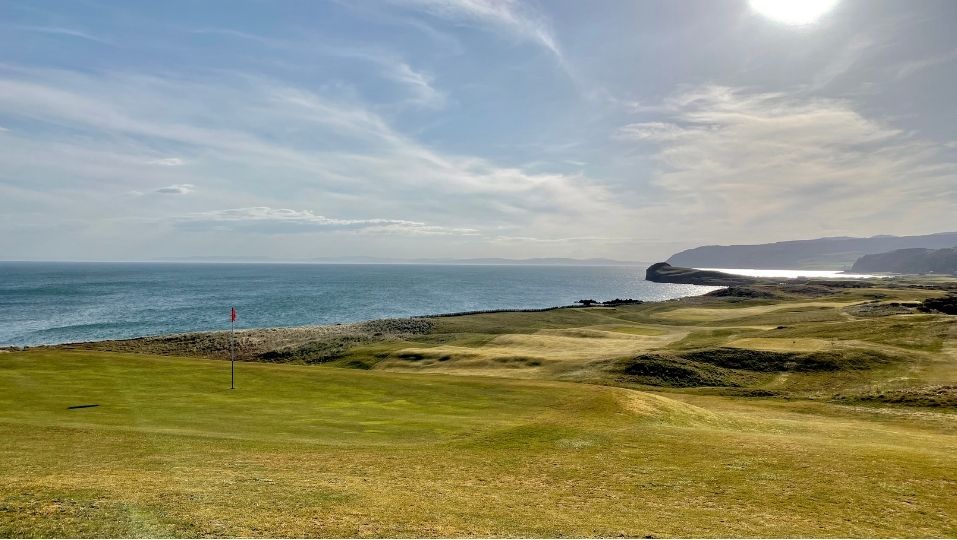 Dunaverty Golf Club is the latest course to obtain cult status with new-found adherents the world over. Once known only to a few intrepid golfers making their pilgrimage to Machrihanish, Dunaverty has captured the attention of golf's social media influencers.

The 18 holes come in under 4800 yards. On proper links land, the course provides simply spectacular views of Brunerican Bay and Dunaverty Rock whilst navigating Conieglen Burn. The golf course as it is today dates back to just after the Second World War.

The club owns all the land once you cross the burn on the 5th hole. The land for the first 4 holes, 17th green, and 18th hole are all rented from the local farmer since the founding of the club - now in the third generation of the agreement between family and golf club.

The quirky nature that Dunaverty is known for kicks in on the fourth with a completely blind par 3 to a green sunk in a hidden dell.

The 6th is 245 yards and depending on the wind could require one, two, or three shots. The next highlight comes on the 7th hole - a par 3 known as St Andrews. It features one of Dunaverty's two bunkers. If you weren't told, you probably wouldn't notice their absence nor would you require their presence.

Sanda is the 8th hole and is named after the island which stands prominently behind the green. The third-longest hole on the course, this hole can play as a short par 4 or long par 5.

The 9th is a larger version of the 4th and a Dell-punchbowl of epic proportions. The 10th will divide opinion as it is 123 yards uphill. When I played it was a full 5 iron, usually my 190-yard club. The climb up offers an epic view and perhaps the shortest 266 par 4 in golf. On the day, I drove the green easily with a 5 iron. On the 10th hole, I struggled to hit my 5 iron 123 yards and on the next, I was able to hit it all of 266 yards.

Sam Cooper tells us his thoughts on the course's only Par 5: "I thought 13 was a particularly clever par 5. A boundary fence right and flat fairway ahead looked innocuous, but a deep folly is cut into the left half of the fairway at driver's length. Just deep enough to hinder a long iron second. Sometimes the subtle defenses are best."

From the 14th hole home, the land is less 'linksy' and the golf is less exhilarating. Although the 17th approach and 18th provide adequate interest for the final two holes.

After playing Dunaverty, I was left with a range of emotions. It is exhilarating to play no holds barred golf. There is sometimes no rhyme nor reason for the golf on offer... simply that it is and always has been.

There is an amazing land that is unutilized and could be leveraged. As a golf course architecture student, it would be an amazing experience to have a topographical map and route a new layout making the most of the land. No doubt some holes would stay and some would certainly go.

This is where I am left divided. There is the potential for one of the greatest, quirky, short courses in the world... and some would argue it is already that. On the other hand, it's great to find an 'unambitious' club that is happy with the status quo - if it's worked this well for 120+ years why change it now?