For golfers, Harry Rountree is best known for his watercolours in Bernard Darwin's book, The Golf Courses of the British Isles.

The Golf Courses of the British Isles

The book contains Bernard Darwin's descriptions of various golf courses from Aberdovey to Woking in what is now The Republic of Ireland, Northern Ireland, Scotland, Wales, and England. Harry Rountree's name was misspelled on the cover of the First Edition from 1910. The book's full title was:

The book contains 64 plates or illustrations of which 49 are colour and 15 are monochrome. The classic green cloth binding with gold gilt is handsome indeed! The Scottish Thistle, English Rose, and Irish Clover are also to be seen on the cover. 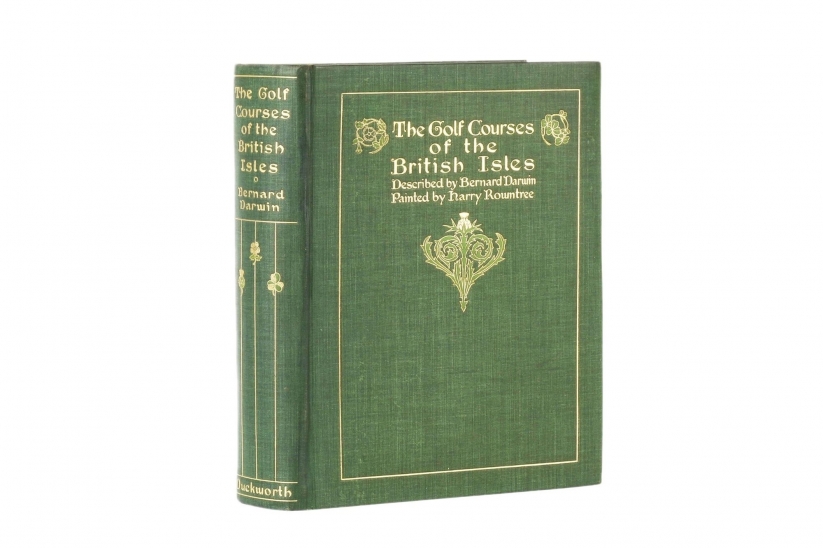 Contrary to popular opinion, Harry Rountree was a Kiwi! Born in 1878 in Auckland, New Zealand, his father was a banker of Irish descent and his mother was a local from a prominent family. After attending Auckland's Queen's College, he began working at Wilson and Horton Printers designing stationery with his earliest work published in 1899.

His skill earned him work with the Auckland Weekly News which had ties to the London periodical press. By 1901, Harry Rountree was on his way to London to pursue his dream and passion. He described the decision to move in 1909 when he said: "Auckland is my native city and New Zealand is my nation...though it may be glorious for sheep, for the simple life, for lots of fun, yet it is no place for the black-and-white artist who wants to sell his wares." His plan was to stay in London for 2 years.

Despite his obvious talent, Harry Rountree was but a small fish in a very large pond. He enrolled in Regent Street Polytechnic's School of Art and made a contact who was the editor of a small magazine. His commissions for the small magazine made an impression and lead to his work being sought after. The subject matter? Mostly animals from visits to London Zoo! His obvious gift is clearly seen in the watercolour: Portmarnock Golf Club, 'Coming Home'. 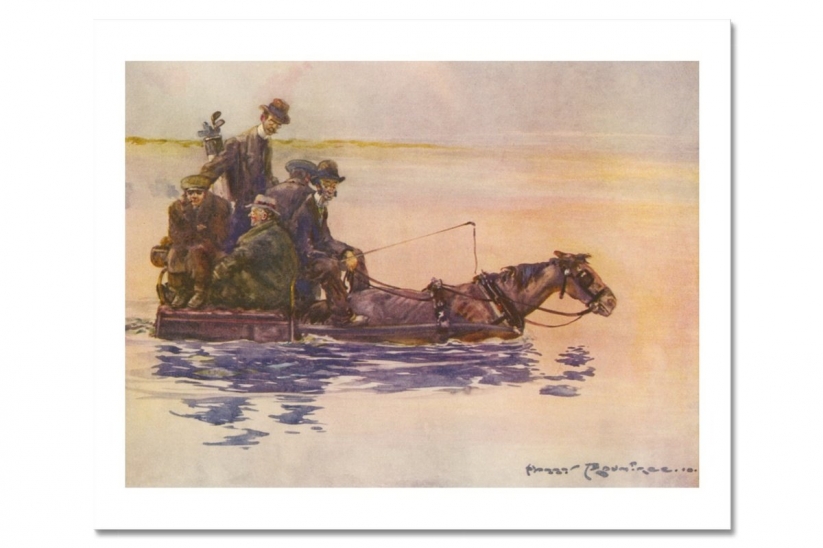 Harry Rountree soon became sought after and prolific. His work was seen in King Magazine, Little Folks, The Strand, Cassell's, Pearson's, The Sketch, The Illustrated London News, Playtime, Little Folks, Punch and countess others. Of particular note was his association with writers Bernard Darwin, PG Woodhouse and New Zealand Golf Cub member, Arthur Conan Doyle. Outside of the golf world, his most well-known illustrations are found in Lewis Carrol's Alice in Wonderland.

Harry Rountree passed away on September 26, 1950, aged 72. With plans to stay in London for just two years, he made a life left a legacy that continues to be felt today. Three days after his death, an article appeared in the St Ives Times written by Bernard Ninnes stated:

"As an artist, he stood alone in his own sphere as the supreme delineator of bird and animal life. His drawings and paintings in this specialised field bore the authentic stamp of deepest study and intimate familiarity of these subjects...  his charming personality, the wit of his drawings and rare ability as a raconteur made him outstanding... He was one of the grand company of illustrators of the Edwardian and first Georgian period, a time when illustration had reached a pinnacle of excellence..." 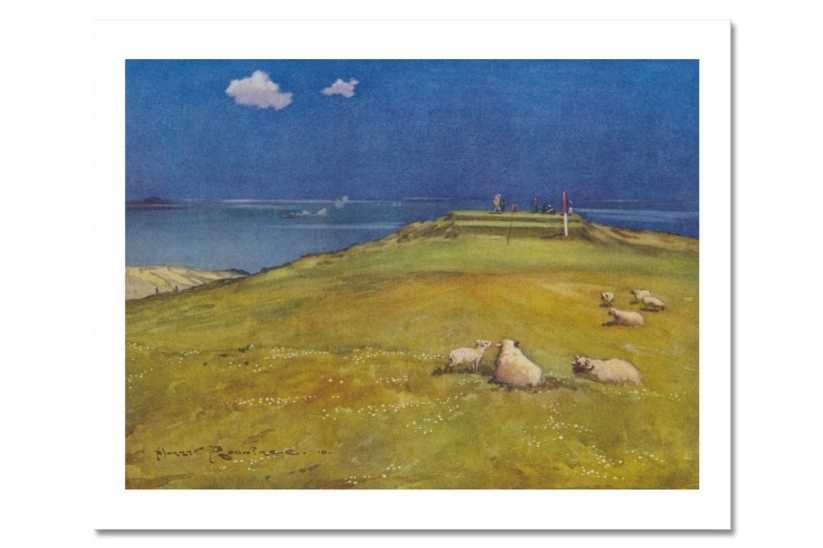 We are in complete agreement. The detail and depth of Harry Rountree's watercolours in the book, Golf Course's of The British Isles are iconic. We are proud to announce that all 64 are now available for all to enjoy in our shop.