A bucket list course of many, due to its incredible location. 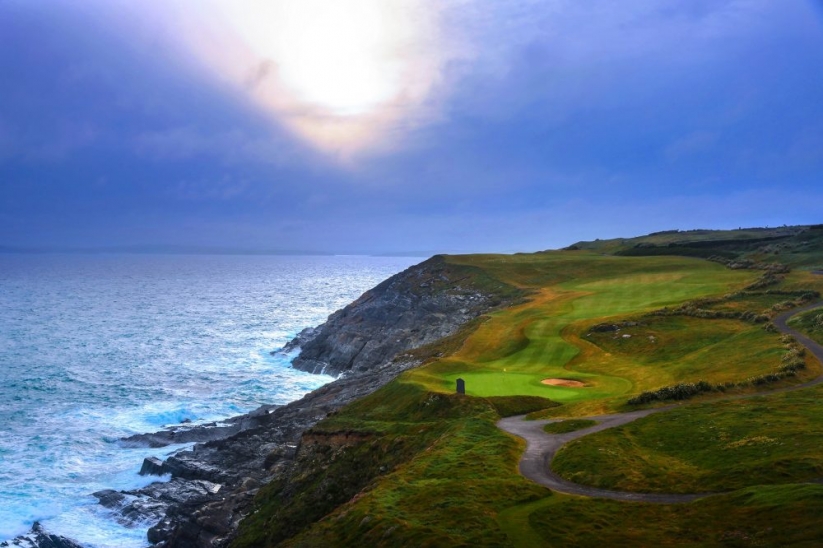 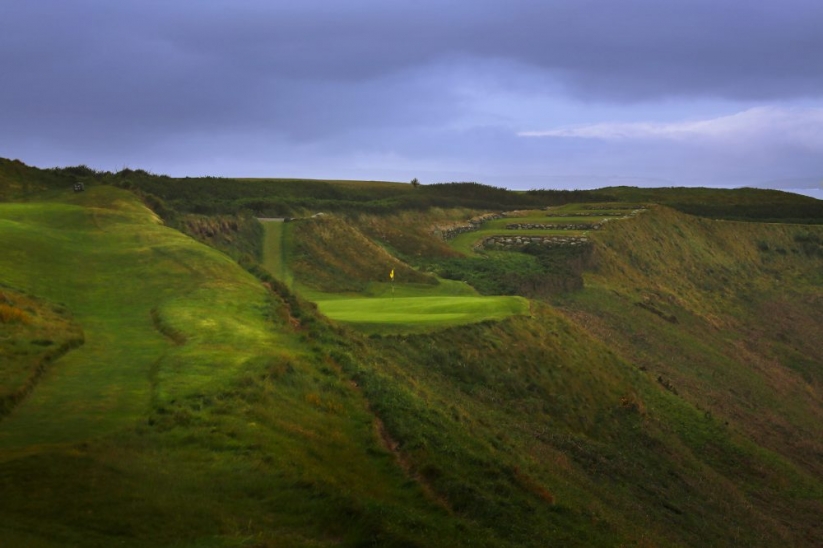 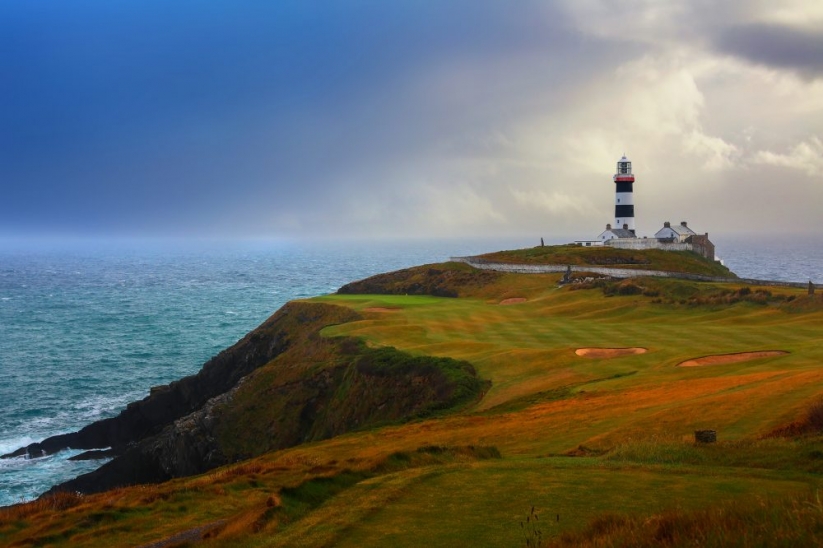 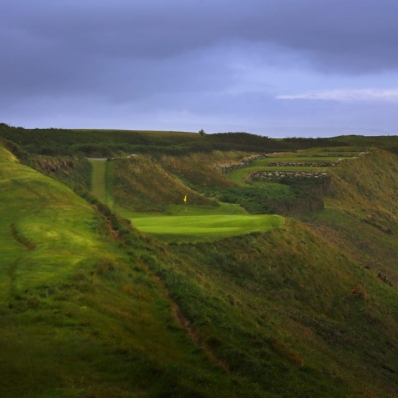 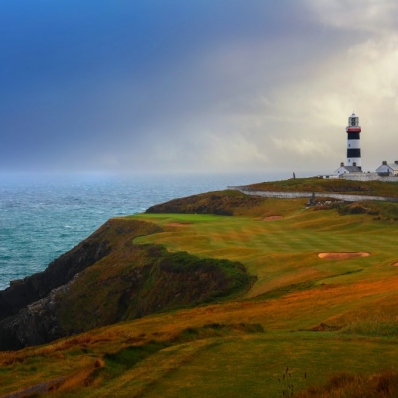 Old Head Golf Links is located on one of the most spectacular land formations on planet earth. The unique sandstone headland juts two miles into the Atlantic Ocean. Found near the popular tourist town of Kinsale, County Cork, Ireland, it is one of the most memorable locations for golf in the world.

The Old Head has a long Irish history, being shown as a landmark on a map by Ptolemy in 100 A.D.

The headland has been a sought-after stronghold for Iron Age settlers, the early founders of Ireland - the Eirinn clan, local king - Eri Cearmna, the Vikings, the Celts, and then the de Courcey family.

The 220-acre headland, known as the Head of Kinsale, was used for grazing sheep and cattle in the 19th and 20th centuries.

Purchased in 1989, construction began in 1993 and opened for play in 1997. A difficult and complicated construction project, the course is attributed mainly to the team of Ron Kirby, Liam Higgins & Dr. Joe Carr.

The links lie 300 feet above sea level on a 220-acre diamond-shaped promontory. 180 acres is used for golf with the remaining acreage framing the course. The cliff tops are home to a world-class golf course and luxury member's accommodation. There are five Par 5s and five Par 3s along with eight two-shot holes. Nine holes play along the cliff edge and all eighteen provide Atlantic Ocean views. 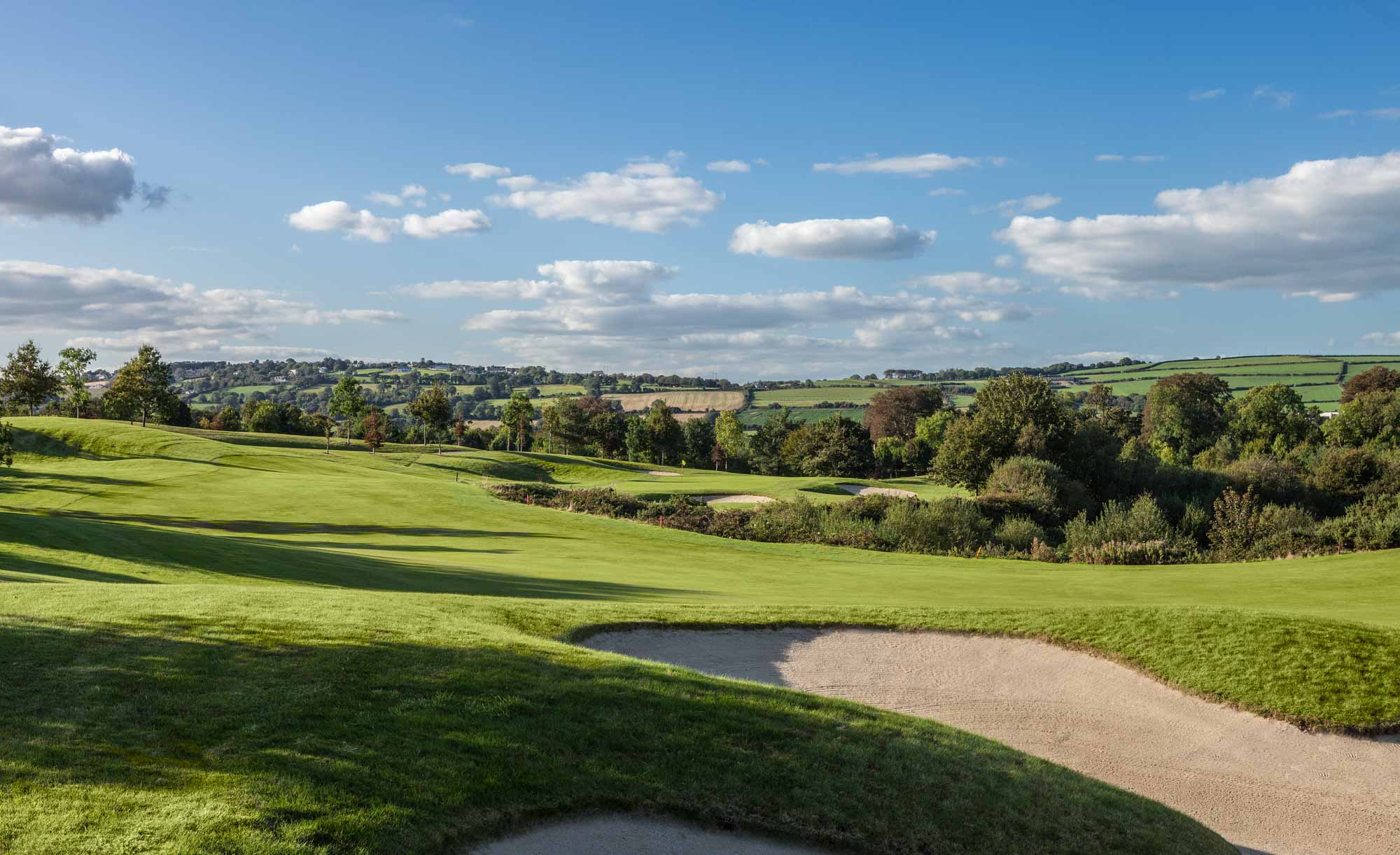 Fota Island Resort is found in the south of Ireland and east of the city of Cork. Perhaps more famous for Ireland’s only wildlife park, Fota Island... 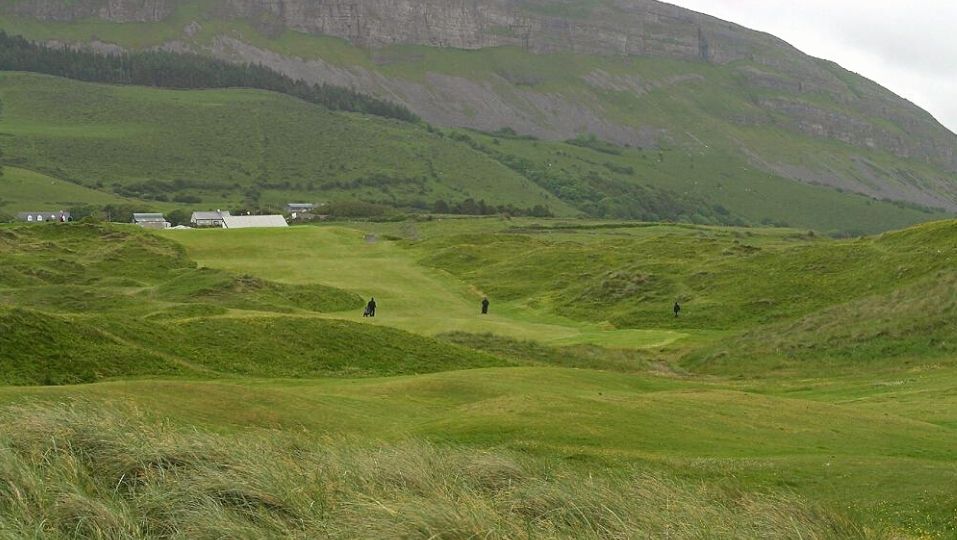 Strandhill Golf Club is found in the small hamlet of Strandhill just west of Sligo, County Sligo, Ireland. The course is situated across a peninsula, playing... 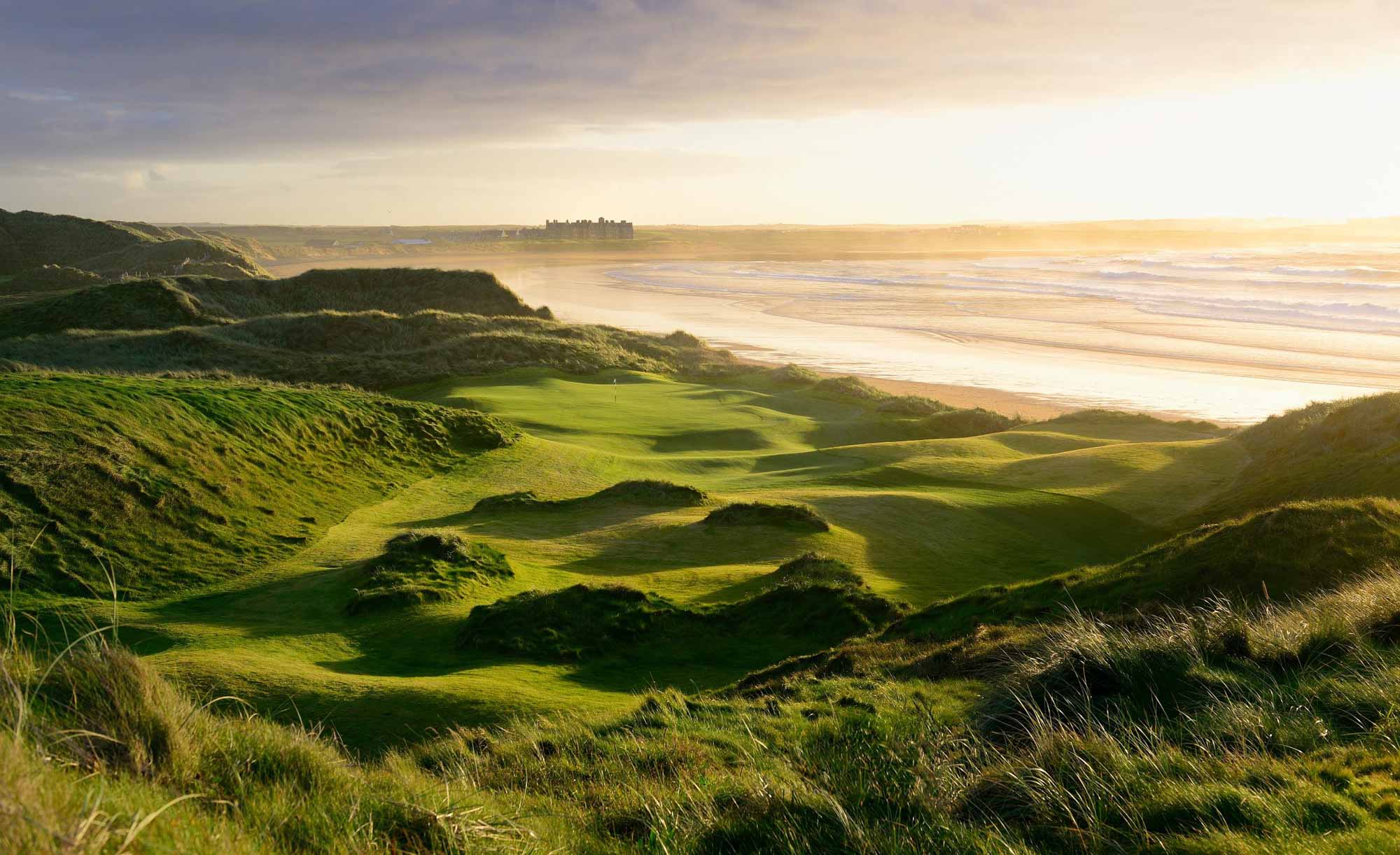 Doonbeg, of Trump International Golf Links Doonbeg, is an easy drive from both Lahinch and Ballybunion. The links are laid out on a crescent-shaped beach...