A Harry Colt course within striking distance from London and Heathrow without extortionate fees. 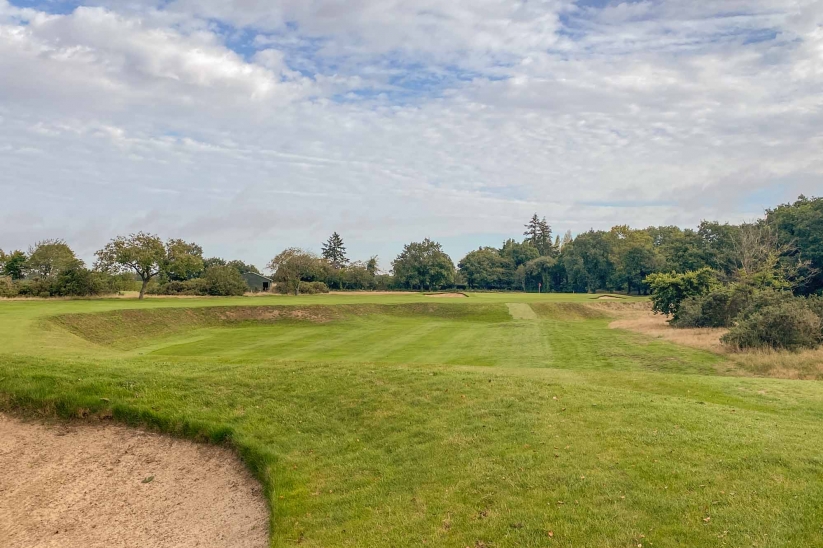 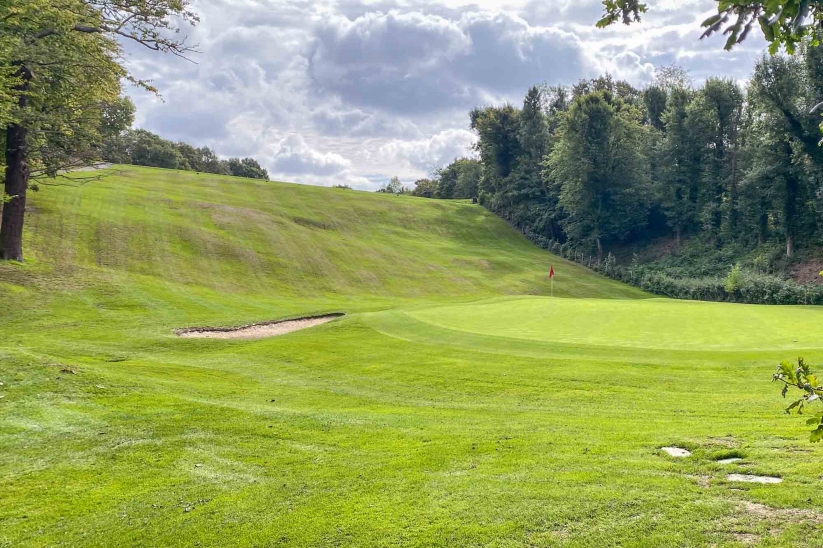 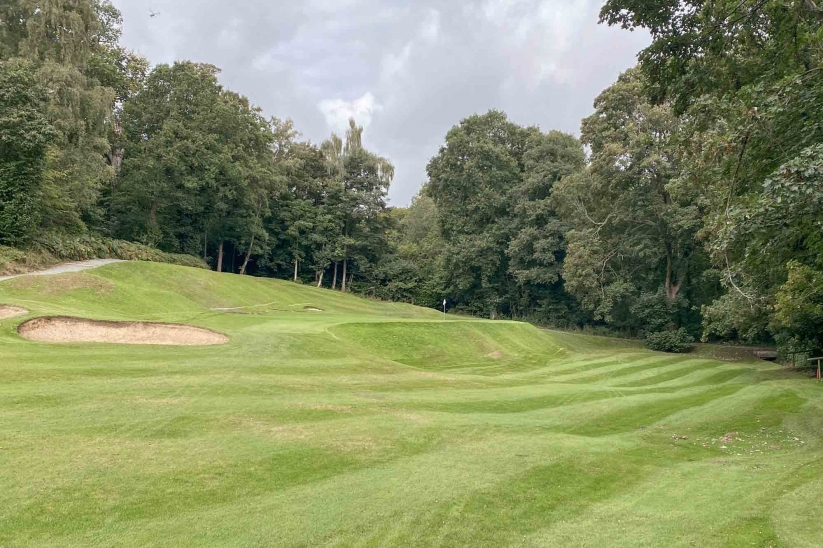 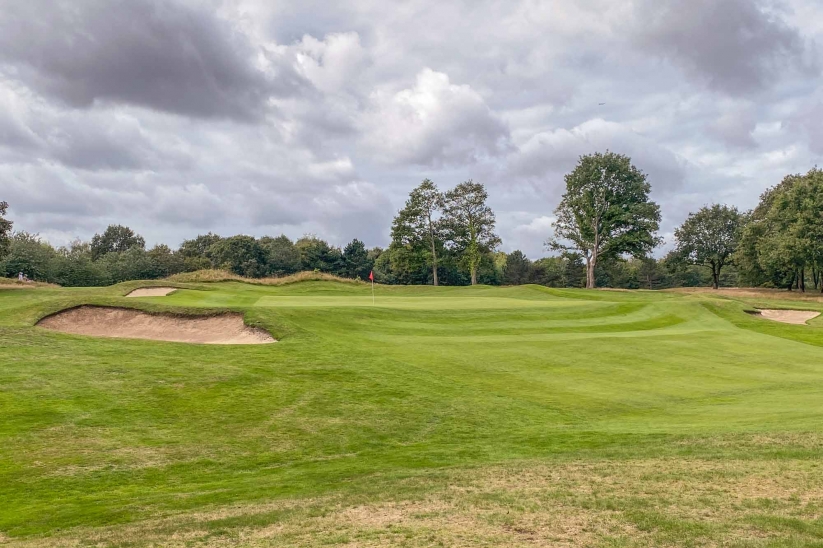 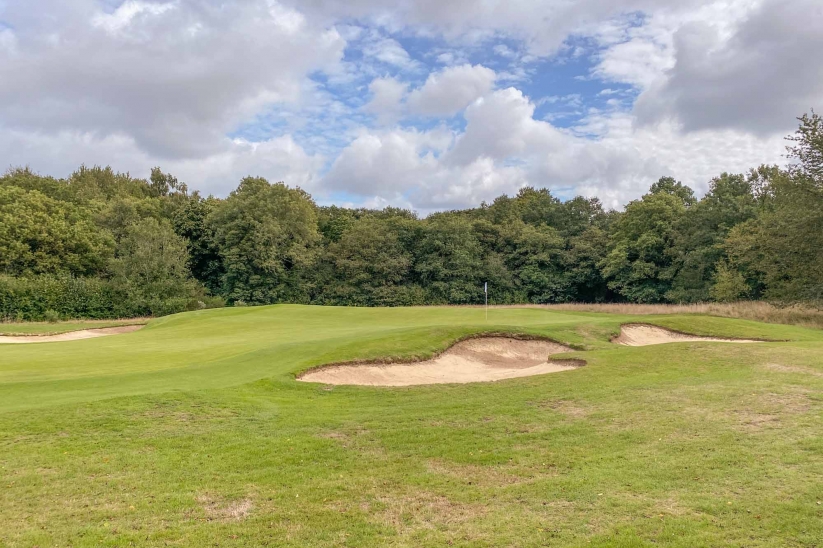 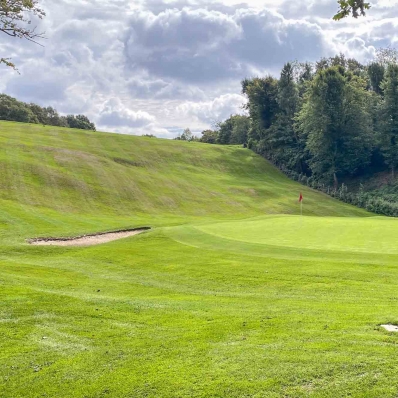 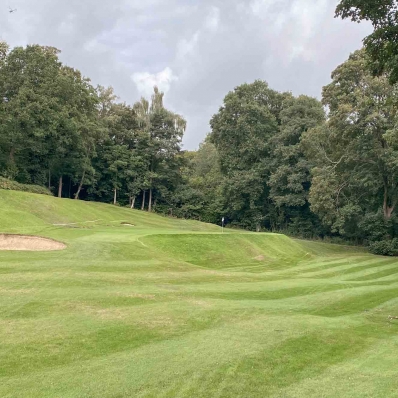 The Denham Golf Club is a traditional private members club located just inside the M25 near the M40 Junction. The Denham Aerodrome borders the course on two holes but it is the taxidermy in the clubhouse that the club is perhaps most famous for!

In 1911, 250 acres of Hill Barn Farm was acquired to layout Denham Golf Club. Used previously for farming the soil was identified as free-draining gravel. Harry Colt designed the course and Mr. Turner was the first keeper of the green. As mentioned in the press, the plan was not to erect many bunkers but later place them where experience showed they were required. It seems there were 27 holes planned - 18 to open in October 1911 and the additional 9, to open for play in May 1912. Only 18 remain today.

The support for the club was immediate. In fact, the local rail station needed to extend the platforms to 300 ft to cope with the influx of London businessmen eager to get to the course. By October of 1912, adverts were put into the papers to fill vacancies for caddies, especially on Saturdays and Sundays.

The course itself is a Harry Colt routing with a few exceptions. The 3rd hole played as a dogleg right over man-made mounds into the current area used as a driving range. The teeing ground and green site have remained but the fairway now hugs the OB fence line.

The routing can be verified as the Denham Golf Club is in possession of a 1921 Harry Colt map detailing both the routing and bunkering. Interestingly, there appears to have been some reconstruction of the greens after their initial construction. For example, Hawtree & JH Taylor Ltd ran an advertisement in the late 1920's showing off the 15th green which they claim to have both designed and built. There is advertorial evidence of claims having 'remodelled the course' prior to 1926.

It is interesting to see the contrast in styles between James Braid's (potentially Hawtree & Taylors) work and Harry Colt's. The best example of this is the difference between the 15th and 16th greens. The 15th is a two-tiered, false fronted affair with bold and striking contours. The Colt 16th is a refined, elegantly contoured green that is as devious as it is beautiful.

The current bunkering couldn't really be attributed to Colt nor Braid. Silent witnesses are seen all over the course, some of the almost penal Victorian sort. Braid's (? - TBC) bunkering from the mid 1920s was striking and would be keeping with the work of most Golden Age architects at the time.

The course is deemed to be a heathland but has developed a parkland character. The trees are at bay and the playing corridors still wide enough not to restrict play. The par 3 12th could be opened up significantly to tremendous effect. It was noted the planting of numerous trees along boundaries, tees and between fairways. Ornamental varieties have also been planted.

The 13th is an indifferent hole due to the original tee being to tree growth. The original tee played left of its current position over a quarry creating a Cape tee shot over an immense gravel pit. Reinstatement of this feature would easily rectify the weakest hole on the course.

It would also be of interest to see the inclusion of former quarry sites to create strategic intrigue. Depressions are a characteristic of the site and are clearly seen on holes 1, 2, 4, 8, 12, and 13. If they influenced play more directly and were allowed to encourage decision making some holes could be improved - with the 2nd being a prime example. Currently, all play is forced left due to the encroachment of trees and the quarry has essentially become part of the fairway. There is no suspense given to the player for a carry-over it nor is there any risk nor reward for taking it on from the tee. The current litigious climate and bordering OOB may be factors to consider, however, there is potential for adding strategic value relatively easily.

Denham Golf Club is full of variety and character. A stunning club with a warm and welcoming disposition. The course itself has everything you could want. The land is undulating but not hilly. It is free draining and plays firm and fast relative to other North London clubs. It would seem the nature of the club simply needs to be decided. It is screaming out to be a natural heathland but the next few years will be pivotal in determining whether it remains true to itself or fights to become something different.

Many of the holes could be improved with a reduction of bunkers. Imagining Denham Golf Club with Colt's strategic bunkering strategy and mid-1920s Braid aesthetic is what keeps golf course architect aficionados awake at night. If you have a chance to play it - take it! It is an excellent course with some secrets still to be unraveled! 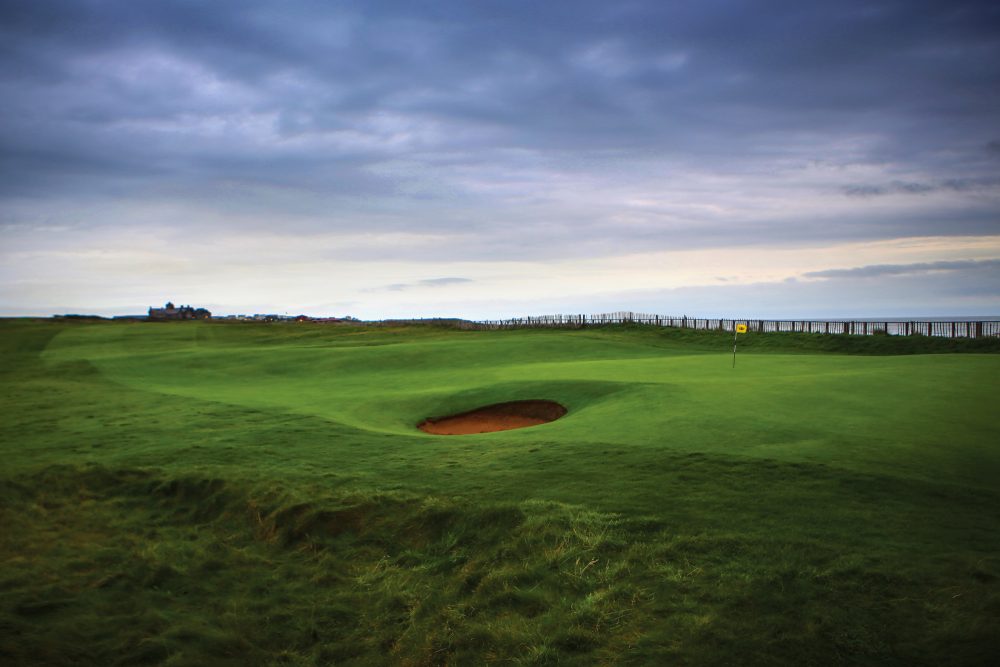 Royal Porthcawl Golf Club is a stunning links counted amongst the best courses in the world. Just down the road from Pyle & Kenfig GC (P&K) but...