This is the birthplace of Welsh golf! 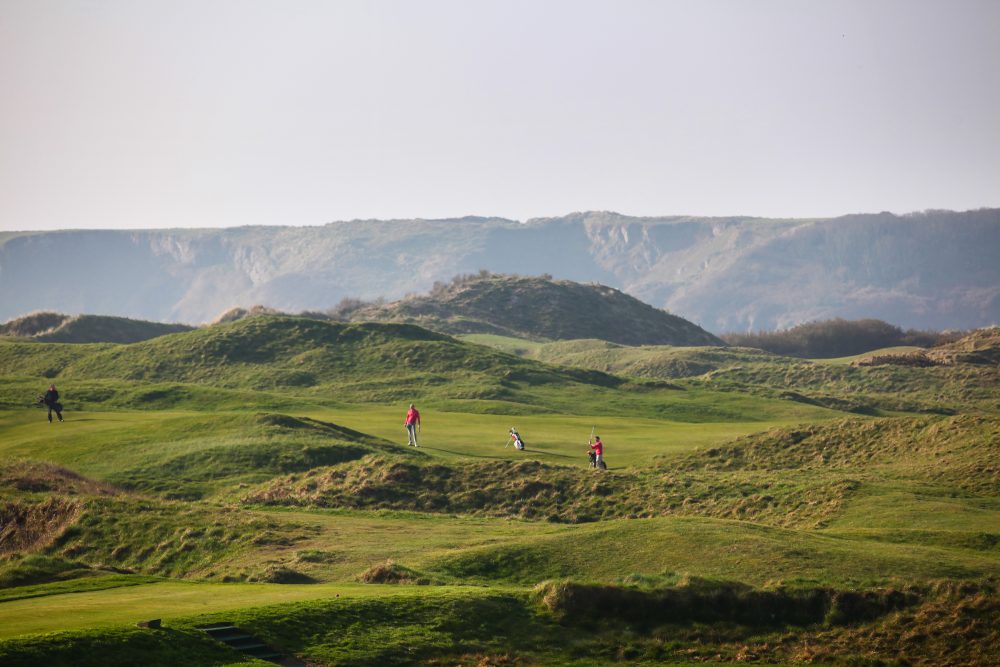 Tenby is one of the founding members of the Welsh Golf Union and the birthplace of Welsh golf.

Tenby Golf Club lies on the shores of the Tenby South Beach between St Catherine's Island and Giltar Point. Opposite the beach is St Margaret's Island and Caldey Island, with the Bristol Channel beyond.

The golf club itself dates to 1888 with golf being played as early 1875. Originally a 9 hole course, it was extended to 18 in 1907. Tenby was then a Victorian seaside spa town and noted health resort where sea-bathing was renowned. Golf appears to have been added to attract those who wanted to visit but stay dry. James Braid was brought in to advise on improvements to the course in 1913.

The course measures a healthy 6500 yards but has only two par 5's, encountered on the opening hole and then on the 16th. The layout has just three Par 3's meaning string of Par 4's are played in succession. For example, four are played in a row from holes two through five. From holes 7 through 11, five more are played without reprieve. The final six holes add the needed variety with no two holes of the same sort being played back to back.