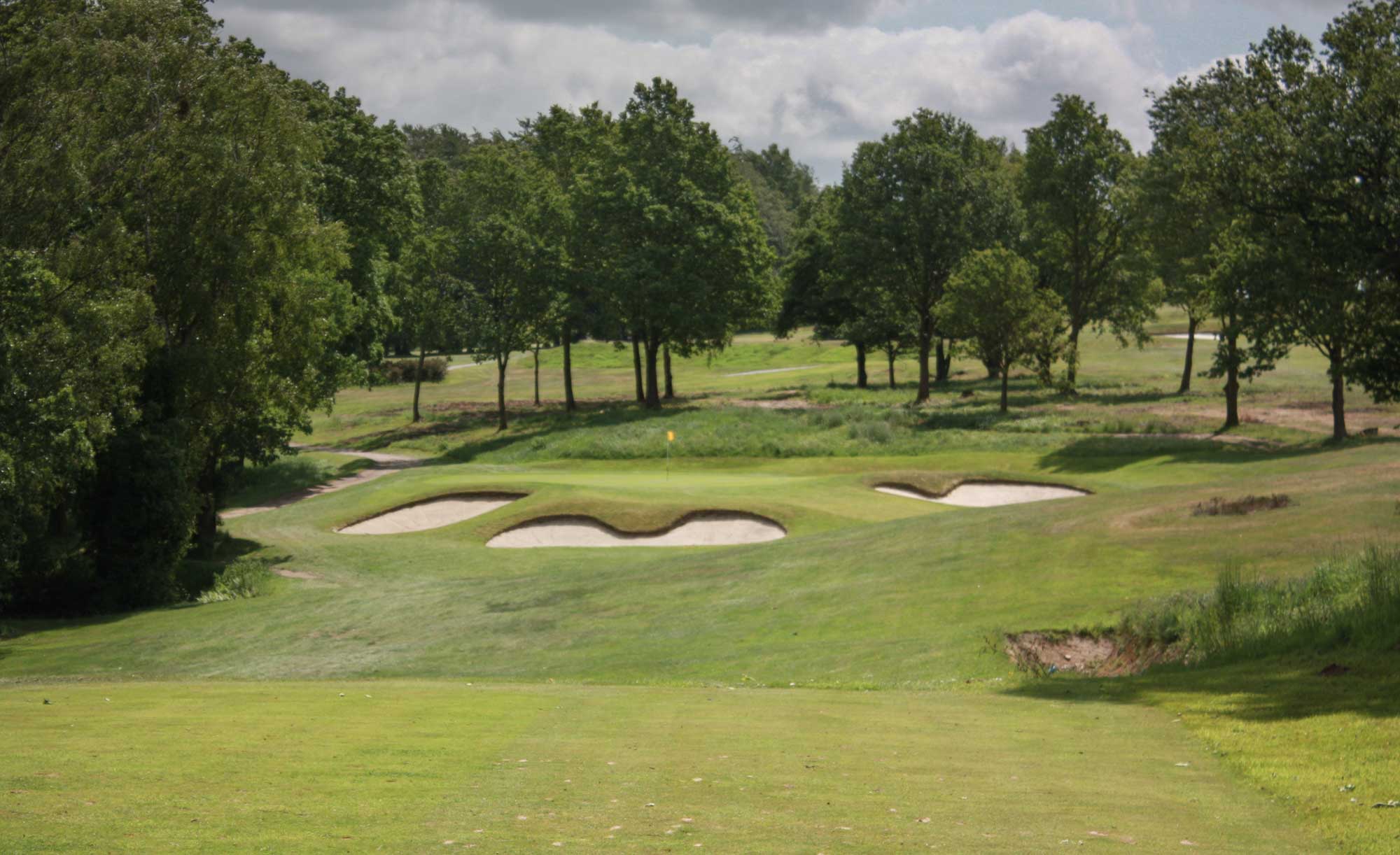 Along with Moortown Golf Club and Alwoodley in the immediate vicinity, Sand Moor Golf Club completes Leeds' Golfing Triumverate.. the common thread? Dr. Alister McKenzie. If you have the option to play any of Alister MacKenzie's work in Leeds, play Alwoodley, Moortown, and Sand Moor... in that order.

Sand Moor Golf Club is a heathland golf course in Leeds, Yorkshire with the Eccup Reservoir on the northern boundary of the site.

Henry Barran originally laid out a six-hole course in 1923. Four of the six holes were found south of Alwoodley Lane with the remaining two holes on the club's current location.

The Sand Moor Golf Club was established on January 14, 1924, with Alister MacKenzie as Vice-President. By February of 1924, he and his brother Charles were appointed to the Green Committee. A year later, the course was said to be in 'good condition' and would open for play a year later on March 20, 1926.

In 1935, it was reported the 4th hole (Modern Day 5th) was being redesigned along with the 10th green (Modern Day 11th). The work was done by N Barnes, the club's professional.