MacKenzie built the legendary hole Gibraltar which paved the way for the other 17. 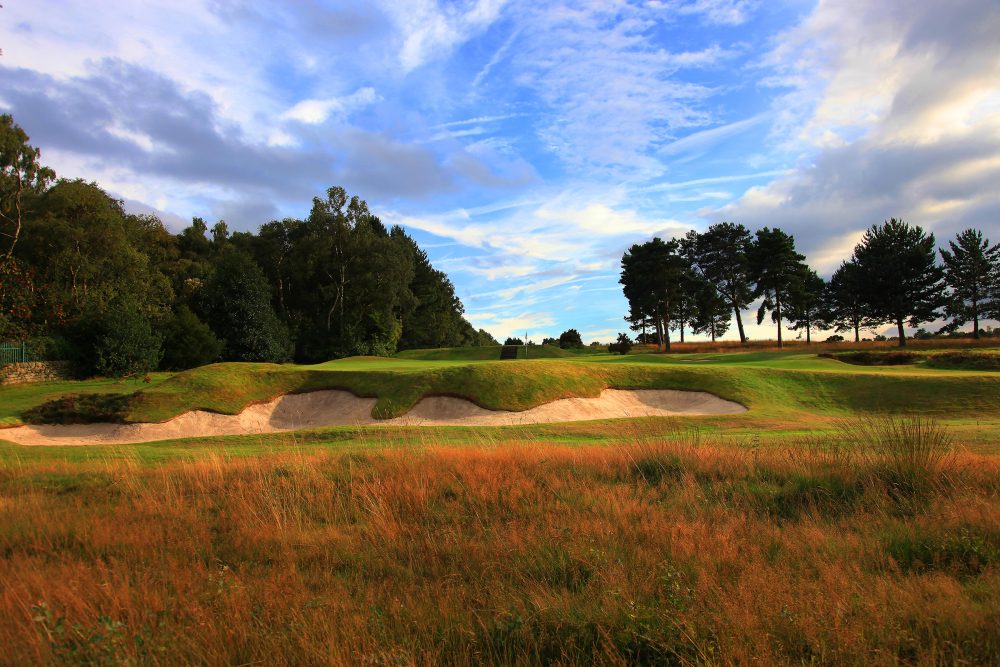 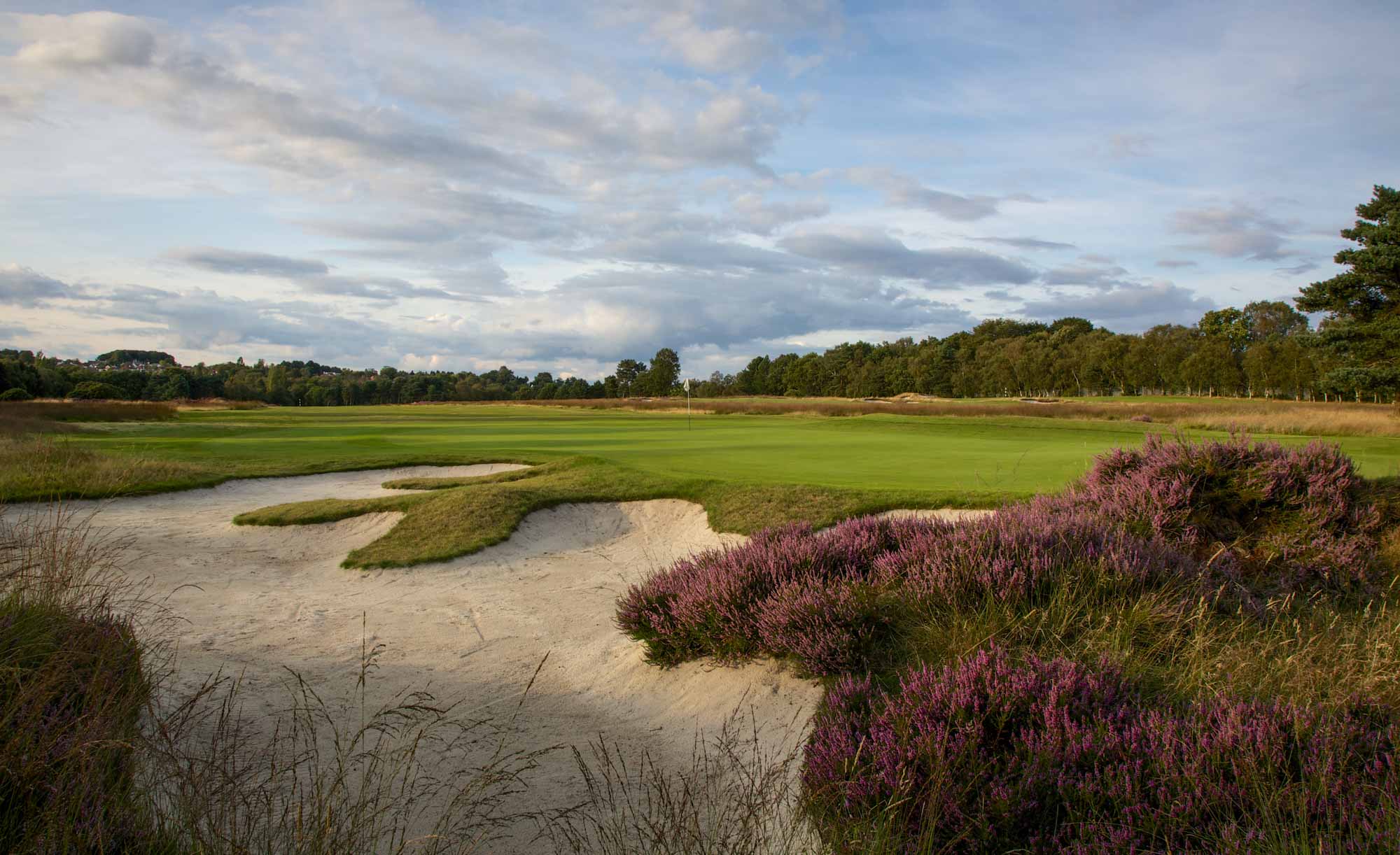 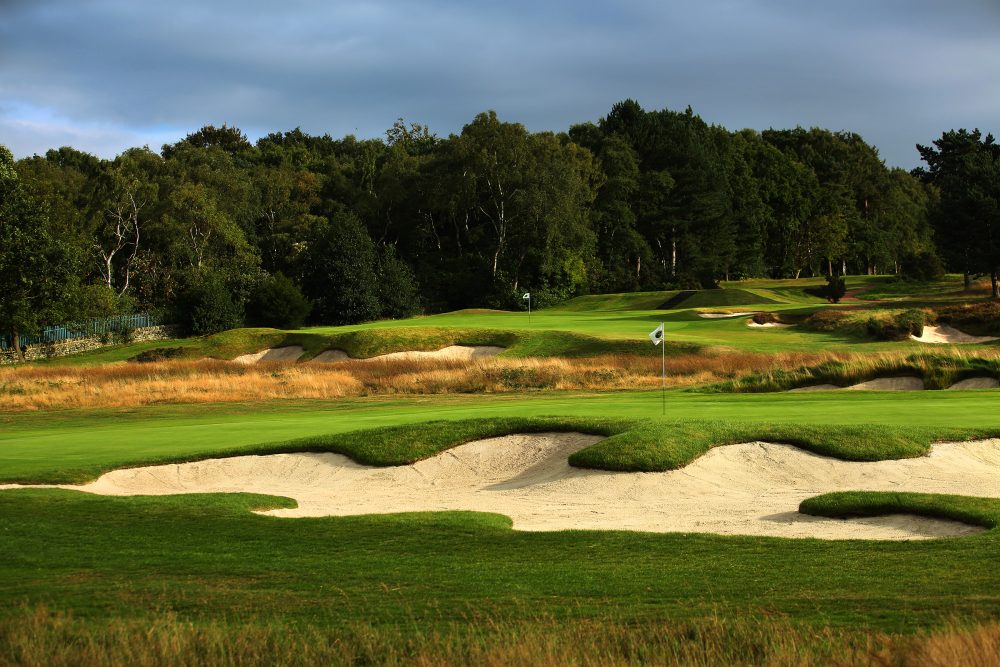 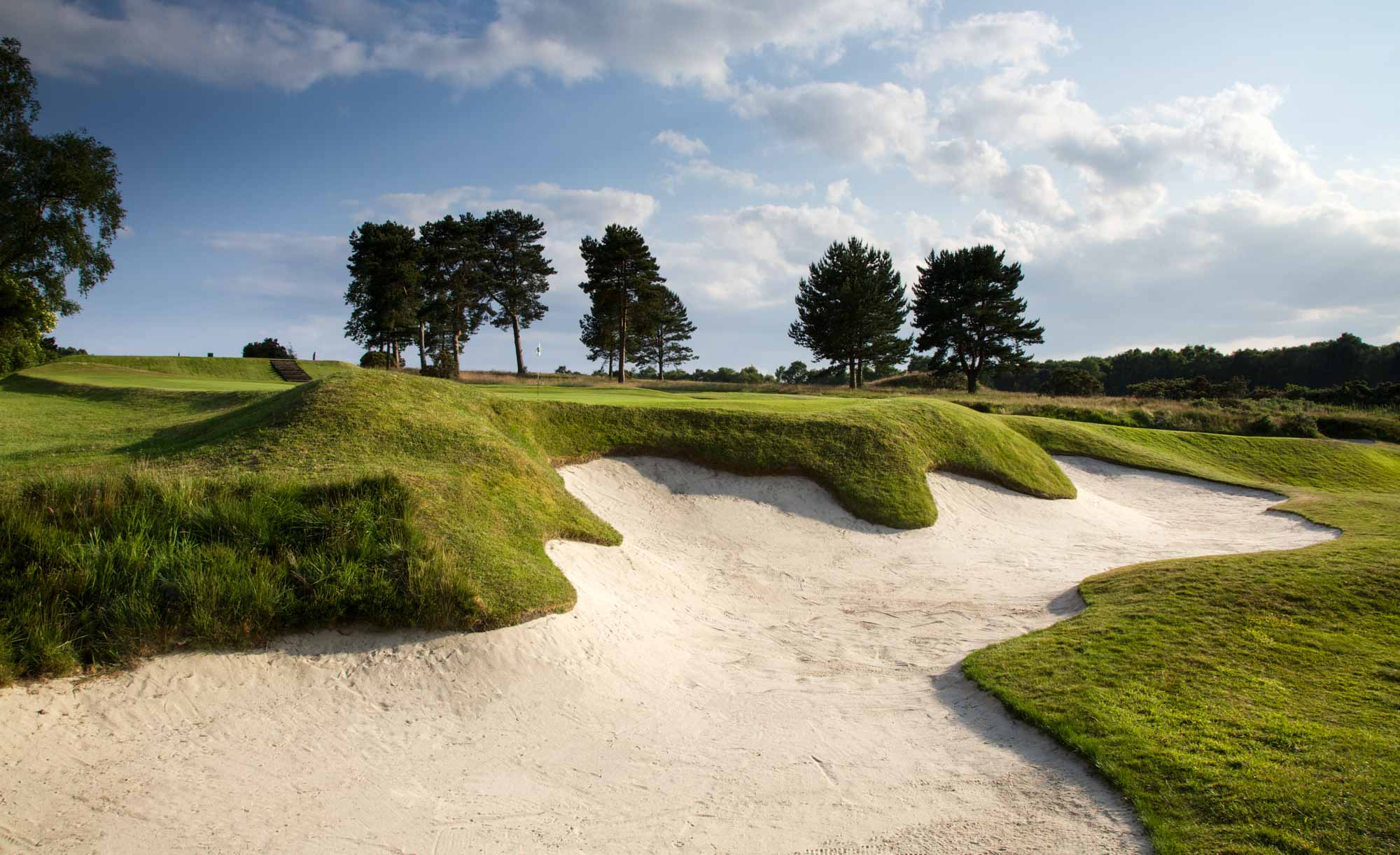 Moortown was inspired by what a nongolfer witnessed at Ganton Golf Club.

Moortown Golf Club is a former Ryder Cup Venue. You can see an 80% sized replica of the Ryder Cup in the clubhouse.

The original Union Jack from the presentation table is framed and on display in the clubhouse. Great Britain won The Ryder Cup 7 - 5.

In a photo at the entrance to the club, the Vice President of the club is named Dr. A. McKenzie rather than the usual MacKenzie.

If you look in the men's locker room, you'll find lockers for Dr. A MacKenzie, W C Hagen, and G Duncan.

There is a friendly rivalry between the two clubs as to which was Alister MacKenzie's first design. There is nuance but the good doctor himself wrote in The Fairway Magazine in 1929: "Moortown is one of five courses adjoining each other. The best of these is the first one I made, namely, Alwoodley." Harry Colt had some influence at Alwoodley. Perhaps we could say that whilst Alwoodley Golf Club was his original design, Moortown Golf Club was Alister MacKenzie's first solo design.

The genesis of Moortown Golf Club was the brainchild of a non-golfer by the name of Fred Lawson-Brown. Patric Dickinson writes that while on holiday in Bridlington in 1903, Mr. Lawson-Brown took a trip to Ganton and was so inspired by its beauty he decided Leeds needed a golf course just as stunning. After 5 years of searching, the current site was chosen in 1908.

The course was laid on Blackmoor and required significant effort to make it suitable for golf. The entire moor needed to be drained as it was a 'boggy hillside full of stagnant pools.' The 175-acre site could now be called a mixture of woodland and moorland.

It was said that Moortown's greens were the first inland to be designed and built in the fashion of rolling links greens. The full course was open for play on September 24, 1910, with an exhibition match between James Braid and Harry Vardon.

Dr. Alister MacKenzie was next door laying out Alwoodley and built a single hole to demonstrate his skills to both the founders and potential members of the golf club. That hole would become the now-famous 10th named Gibraltar. Thereafter, he was commissioned to build the full course as his first solo design.

How Much Alister MacKenzie is at Moortown?

The major changes have been:

In essence, 2 holes have been added (6th and 7th), 2 holes combined (original 13 & 14 or current 14th), and one hole lost (original 12th). The majority of these changes have been ascribed to Mr. Donald Steel.

Despite the changes, there is a lot of Alister MacKenzie routing remaining, with major changes around the bunkering.

You can sense the change after 5. The walk from the 7th green to the 8th tee is slightly awkward. In the original routing, you would have walked off the 5th green and directly onto the 6th tee (now the 8th).

It was reported that Alister MacKenzie made all of the greens and green surrounds at the same time and the highlight of the golf course was the one-shot holes. Five in total, it was said the worst of the lot would make the reputation of most inland golf courses. There are now only four par 3's on the course after the 14th was combined with the 13th to create a single hole.

Alister MacKenzie patterned the following holes after their originals:

The prototype was none other than a one-shot hole that features a multi-tiered green named Gibraltar. Earning its namesake, it is built on a large rock which creates the base and forms the shape of the green. This was the show stopper used to convince the members that a Doctor could build a golf course... not convinced by Alwoodley next door or giving too much kudos to Harry Colt, Alister MacKenzie made good on his opportunity and the rest is history.

The golf course itself is a complete set of 18 without a weak link where width is a key golf architecture feature.

Whilst most attribute the design as a whole to Alister MacKenzie, it was his younger brother, Charles, who would lead the course through its final development from 1928 to 1933. Between final construction and the 1929 Ryder Cup, the club had made some suspect changes which were later restored by Alister MacKenzie before the tournament.

In the near past, Ken Moodie has been responsible for getting the club back to its MacKenzie roots with recent work at the club. Since then, Clyde Johnson has been hired to carry the club forward with even more extensive restoration.

Clyde Johnson is making a name for himself and upon the good work the club did under the oversight of Mr. Moodie. The legacy Ken left was one of tree removal and clearance which has paved the way for Clyde to have a relatively clean palette. The 5th hole is now a stunning dogleg that is arguably one of the best on the course... the other being MacKenzie's genius - Gibraltar.