Archie Simpson laid the course, Alister MacKenzie redesigned the greens, and his brother, Charles, did the work. 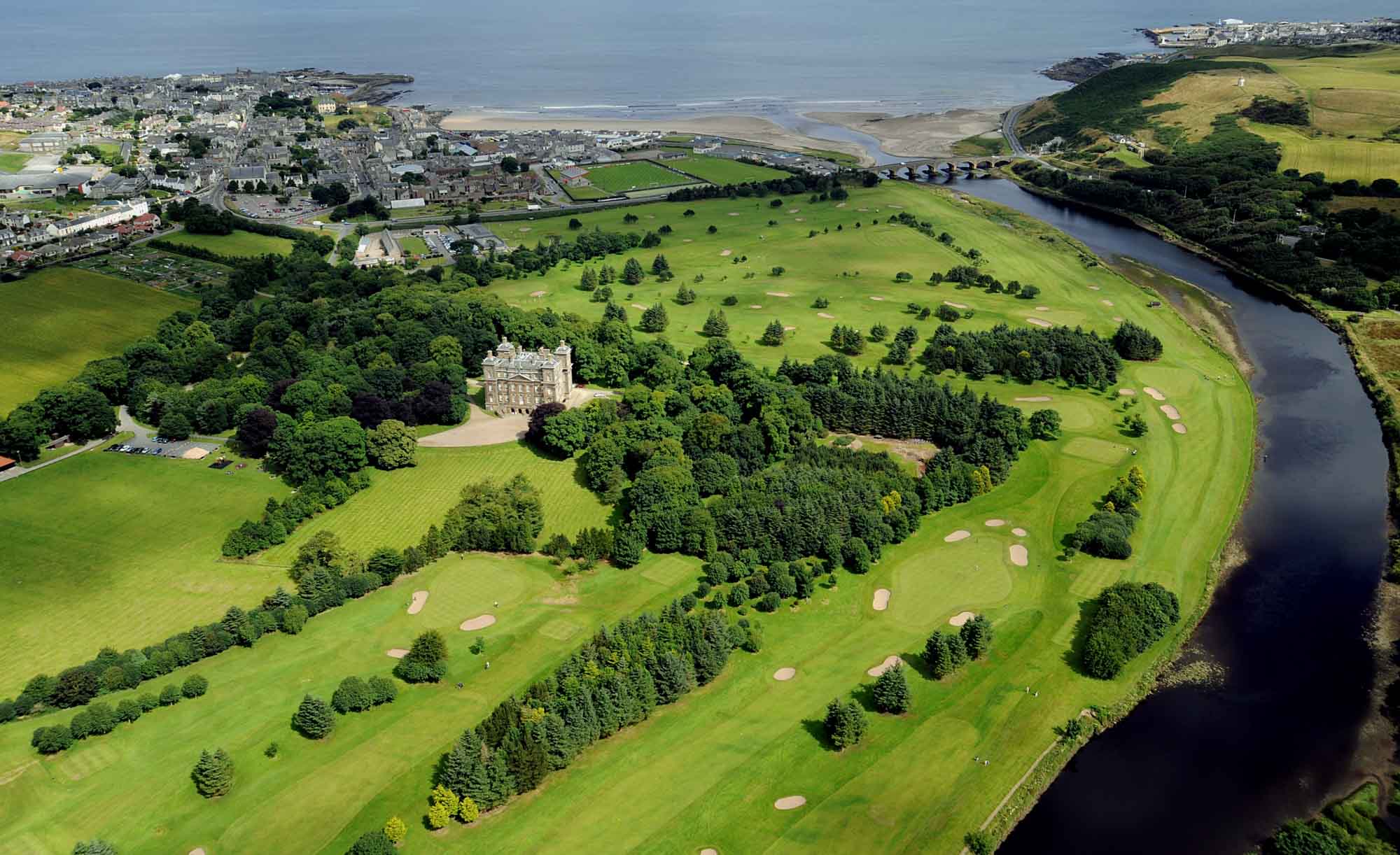 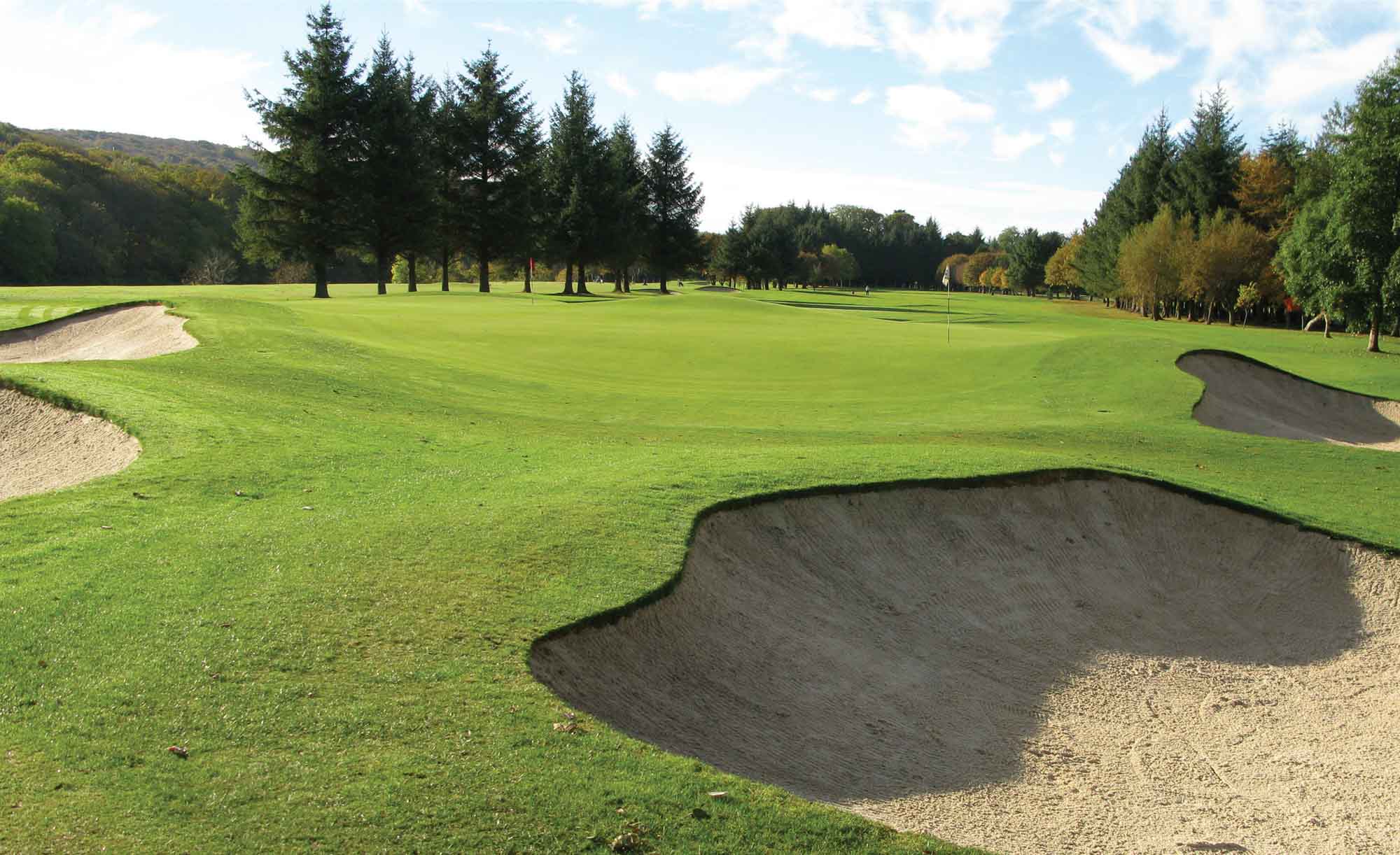 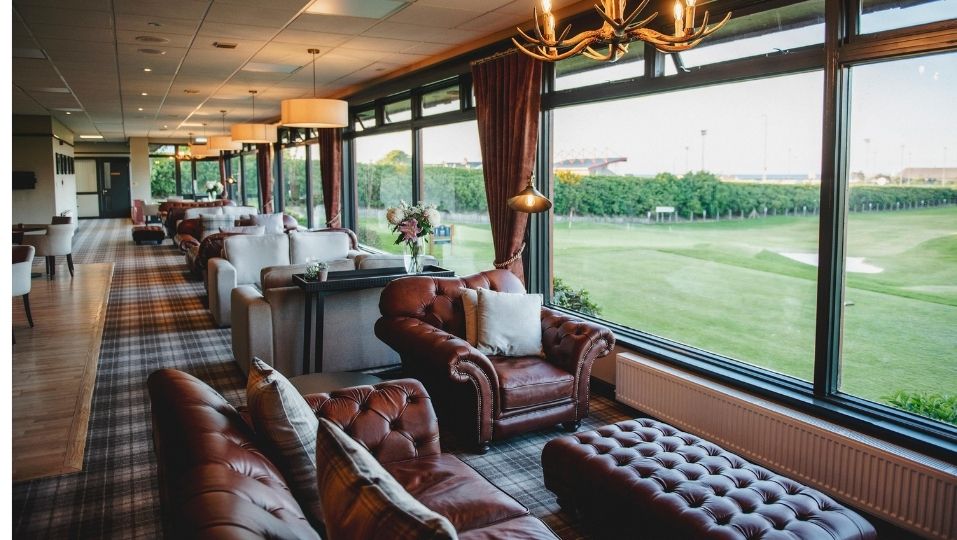 The only royal golf club where the royal title is used as a suffix and not a prefix.

Duff House is considered one of the grandest classical country houses built in the 18th century and designed by William Adam.

Duff House Royal Golf Club is located in the northern town of Banff, Aberdeenshire, Scotland. The River Deveron provides a natural border to the eastern frontier of the course with river mouth, Banff Bay, Moray Firth, and the North Sea nearby. The Brig o' Banff is the bridge that connects Banff to Macduff over the river.

The Club opened in 1910 after being laid out by Samuel Mure Fergusson and Royal Aberdeen GC professional, Archie Simpson. In July 1909, Golf Illustrated reported the course opened for play on July 17, 1909. The course measured just over 5200 yards with holes ranging in length from 90 to 520 yards. It was noted that broad, shallow bunkers lay in the fairway and the greens were surrounded by deep pots. JH Taylor was on hand to open the golf course officially. It was reported that Fergusson designed the course and Anderson was responsible on-site for the build.

It was in 1923, however, that Alister MacKenzie made the course what it is today. Interestingly, the nearby Macduff Town Council invited Dr. MacKeznie to advise on their own course. His advice? Extend the course at Duff! After submitting plans and having them approved, Alister's brother - Charles MacKenzie, constructed the course.