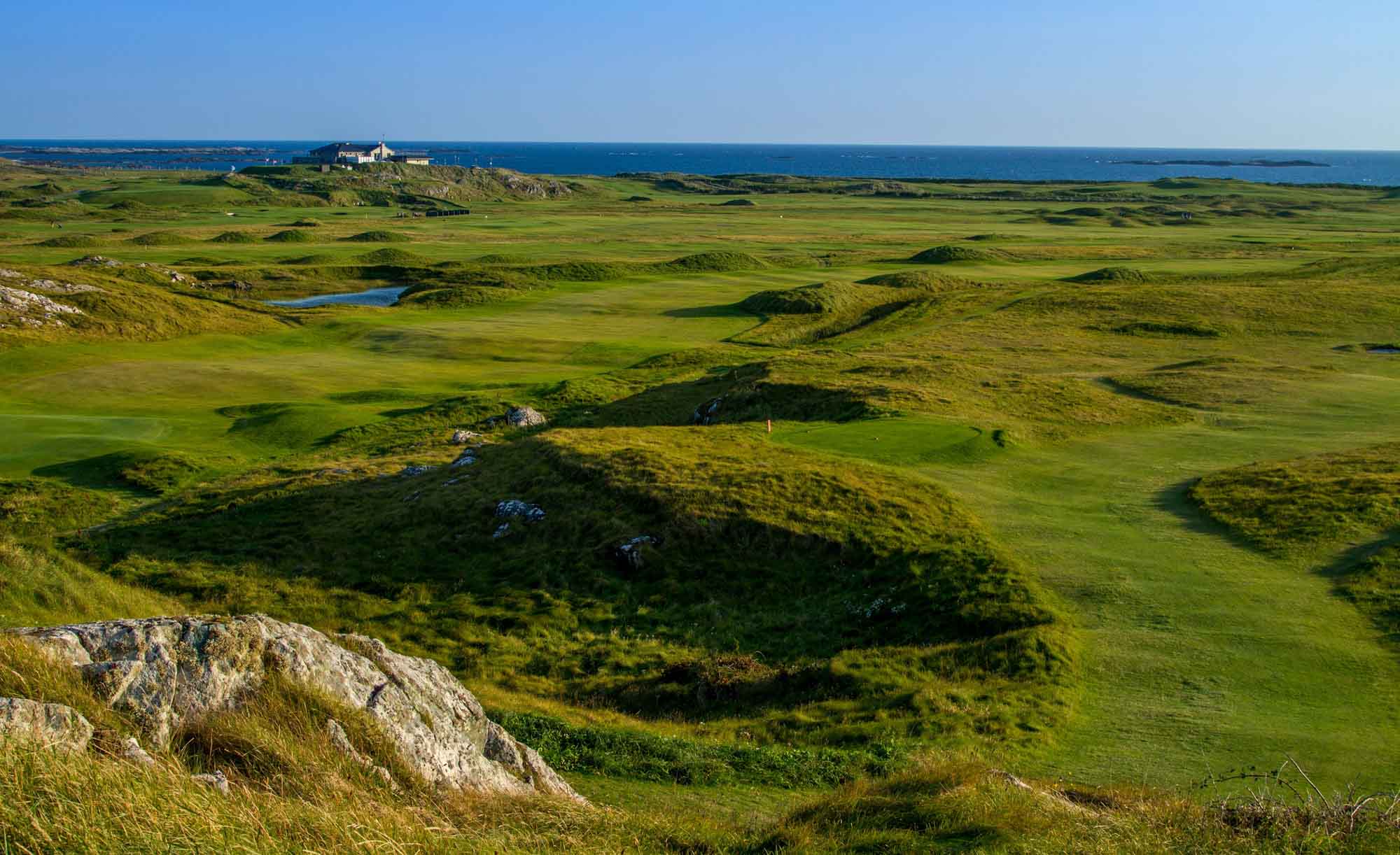 It may be hard to believe, but Connemara Championship Golf Links is County Galway's only links golf course. With views of the 12 Bens and the Atlantic, Connemara is pure, rugged and authentic. The road itself is an adventure and the golf is more of the same. An isolated links, the golf course was founded in 1973 and lies west of the small village of Clifden.

Connemara Championship Golf Links isn't epic in scale and the site doesn't have the dune-scape of Carne but it is anything but flat and insipid. Despite having 27 holes, the A9 and B9 will be the set of 18 you'll want to play. The course can be stretched to over 7,000 yards. The A9 sports only one par 5 but the B9 makes up for it with three - including two, back to back, to finish!

The A9 is understated, strategic and subtle. The B9 contrasts nicely, especially in the hills, midway through the back nine. The C9 starts off with a bang on the coast before working inland. The first few holes are of a decent standard but shouldn't be played before the other nines if it can be helped.