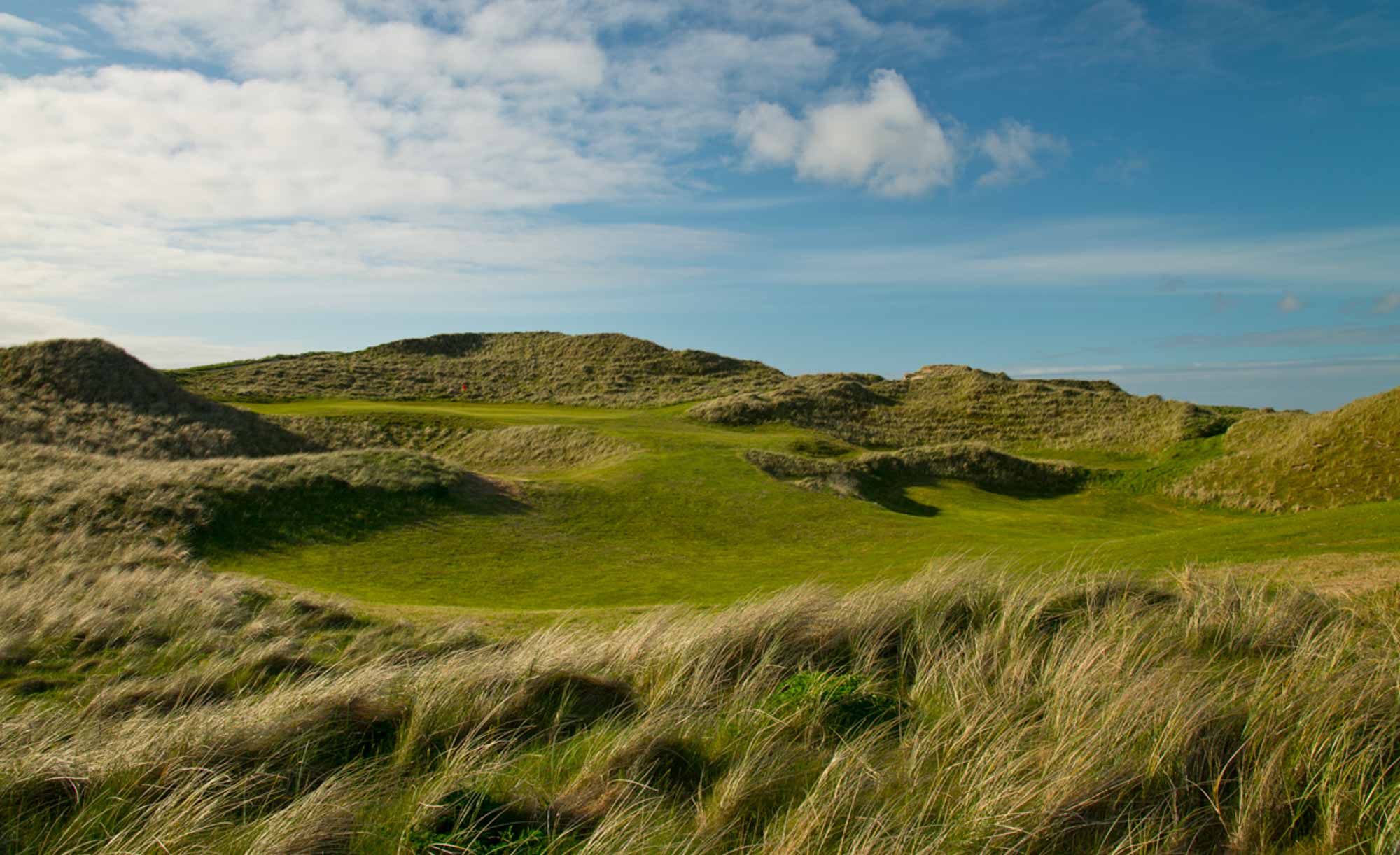 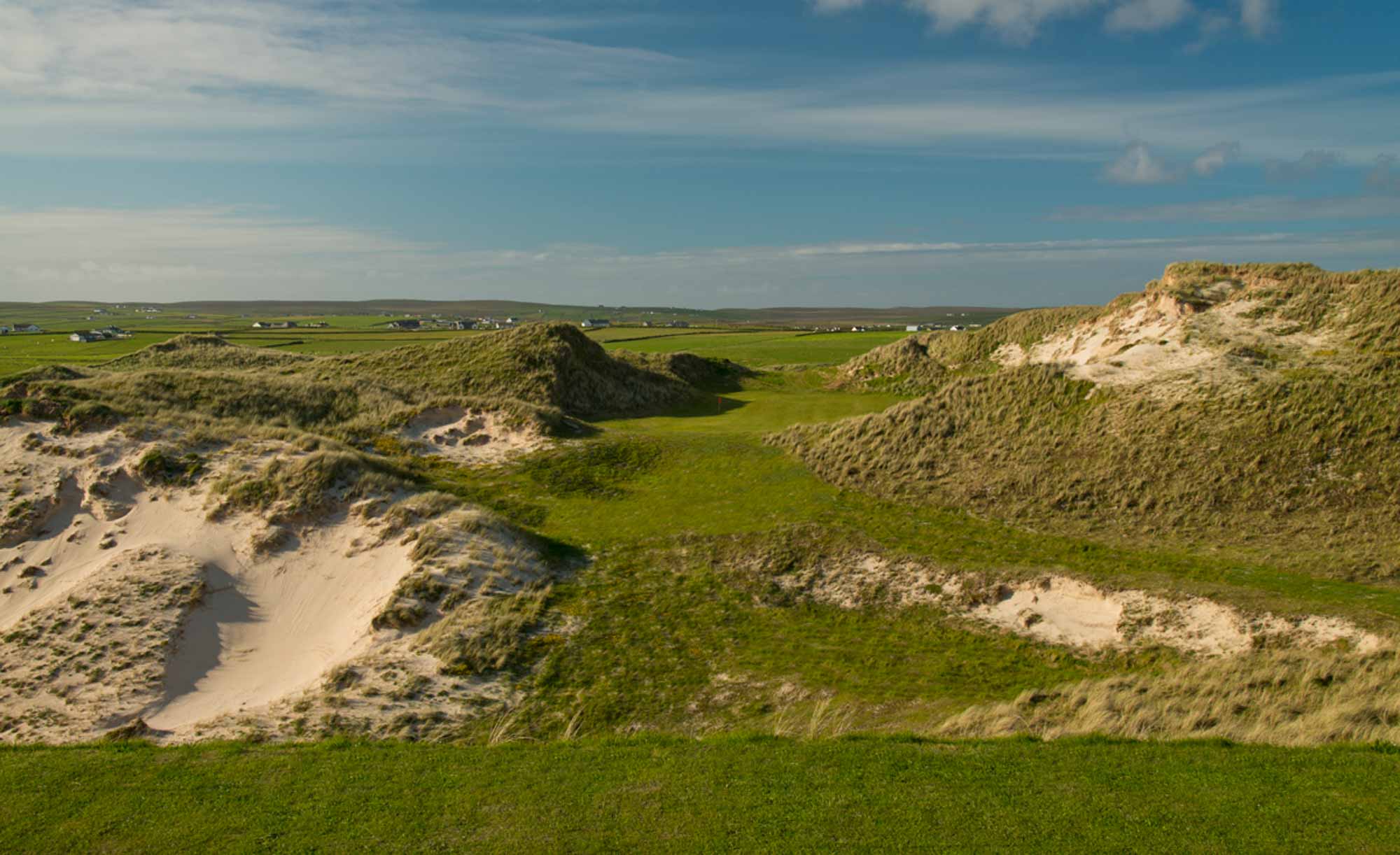 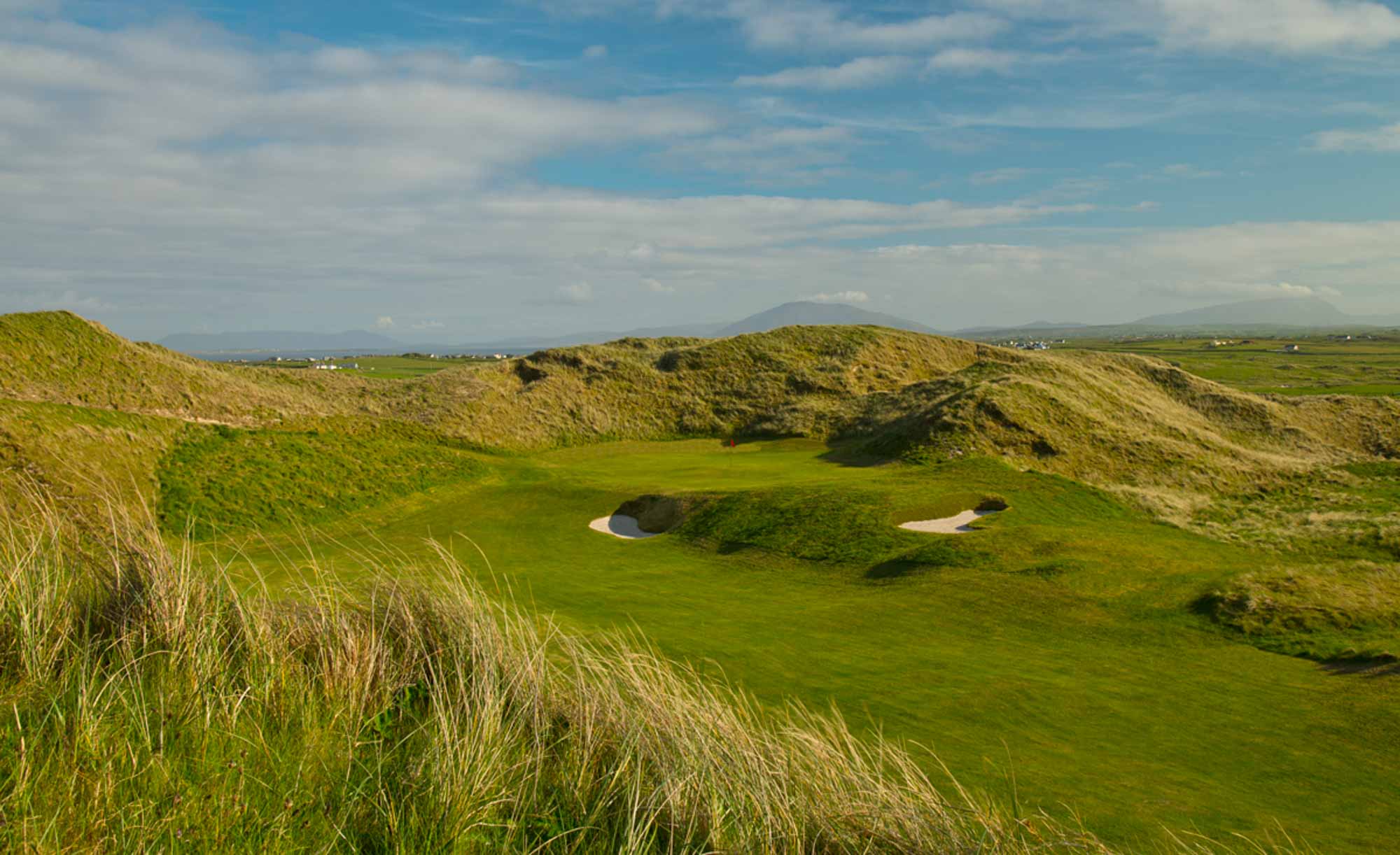 Tom Doak says these are the largest dunes he has ever seen... With the recent combining of the Hackett and Kilmore nines, the Dunes has been born. The club claims this now constitutes the largest dunes golf course in the world.

Carne Golf Links lies on the edge of nowhere... well actually, it's in North Mayo, Ireland. While there is much talk about the Wild Atlantic Way, this definitely embodies the essence of that moniker. With views of the Atlantic and the islands of Inis Glóire and Inis Géidhe, there are 27 stunning holes on offer.

The local Belmullet Golf Club was founded in 1925 and was invited to be the resident club at Carne in 1992.

Eddie Hackett designed the original 18 holes known as the Hackett Course. This remote links would turn out to be his final design. The first nine opened in 1992, the second nine opened in 1993, and the clubhouse was completed in 1995.

Another 9 holes were added in 2013 and were known as The Kilmore 9. This took the total number of holes at Carne Golf Links to 27.

In an attempt to create the best set of 18, the back nine of the Hackett course were combined with the new Kilmore 9 to produce the 18 hole Dunes course. The claim is this has created the largest dunes golf course in the world. The original front nine from Eddie Hackett's serve the club as its 9 hole relief course.