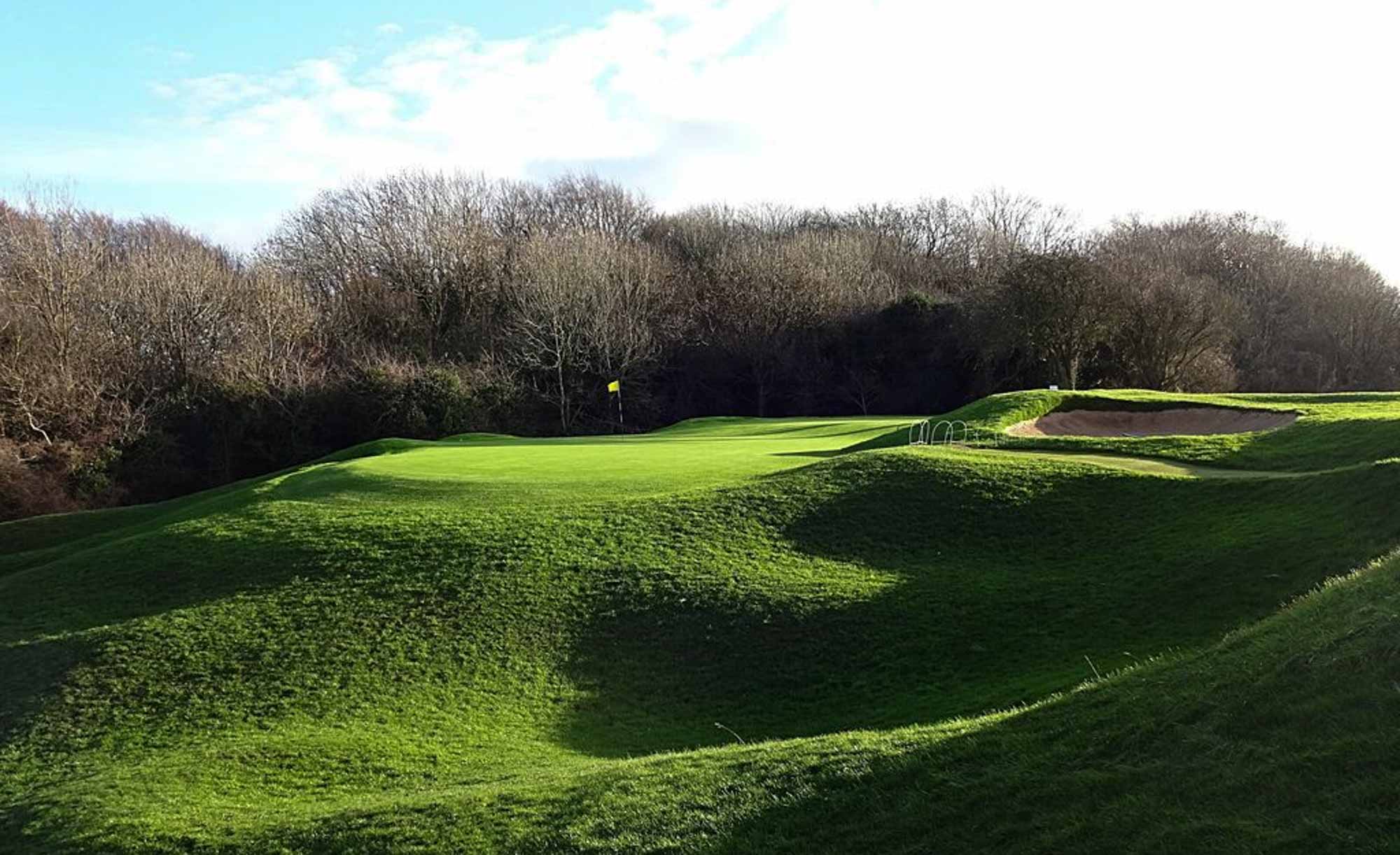 The stone walls come into and affect play! In fact, there are numerous registered ancient monuments scattered about the course.

Broadway Golf Club is one of the Cotwold's best-kept secrets. Established in 1895 and moved to its present location in 1901, there are beautiful views from the course's elevated position across the Vale of Evesham to the Malvern Hills and the Black Mountains.

The second half was designed by James Braid in 1939 but didn't open for play until 1962! Martin Hawtree has offered suggestions more recently and refinements are planned and being implemented.

An amazing stretch of unheralded golf can be had in the immediate area. Minchinhampton Old, Painswick, and Cleeve Hill are all easily accessible. Tack on Kington, Welshpool, and Church Stretton and you have a pure golf trip that will blow you away for next to nothing.