Imagine having a world-class course that played a pivotal role in the history of the game. The roots of the modern game and every first-class course earth-wide could trace its design ethos to a single hazard complex, on a single hole. Imagine historical behemoths sketched, wrote and otherwise immortalised your course in the annals of history. However, imagine there is a hole that doesn’t fit, is not regarded as a sound hole by most, and is held in disdain by the membership.

This is precisely where Woking Golf Club finds itself. The membership is not enamoured with the ninth. The fairway canters left to right, around a left to right dogleg to an elevated green. The required tee-ball and approach are not shots most members have at their disposal. Ultimately, there is a distinct lack of strategy at the strategic home of golf.

The solution? In 1937, Tom Simpson made a blind, two-shot par-four ninth into a long par three. The new, elevated tee behind the current eighth green cured the blindness of the former tee shot. The new double-decker green brought forward and built into the ridge that previously caused all the bother on the approach. Three tiers provided two options. There was an opportunity for birdie if significant risks were successfully courted or a safe play to the first tier with two putts for par.

In 1959 the two holes were again changed to their current configuration in an attempt to chase down a Par 5. Some felt the course would be more highly regarded with the addition of a three-shot hole. Soon after completing the work, the arbitrary definition of par was changed which reduced the hole from a Par 5 back to a Par 4. Instead of reverting to Simpon’s design, the club stayed the course.

From 1893 until 1937, the tenth was the weakest hole on the course. Between, 1937 to 1959, Simpson seems to have resolved the problem by creating two great holes from two indifferent. Since 1959, after alterations and with hindsight, the ninth is again regarded as the weak spot. A curious history of the Hidden Holes Woking Golf Club.

Where do we go from here? The only reasonable solution would seem to be to try the Simpson configuration. Tim Lobb and Andy Ewence are ambitiously improving the course. The reinstatement of Simpson’s 9 & 10 should no doubt be high on the list as it would be popular with the membership and a marketers’ dream. Will it soon be possible to play Simpson’s newest holes, 70 years after they were lost? We hope so! The world of golf is owed it. One can only hope the Hidden Holes Woking Golf Club aren’t hidden for much longer.

We wish to thank Lee Patterson for his contributions to this article. 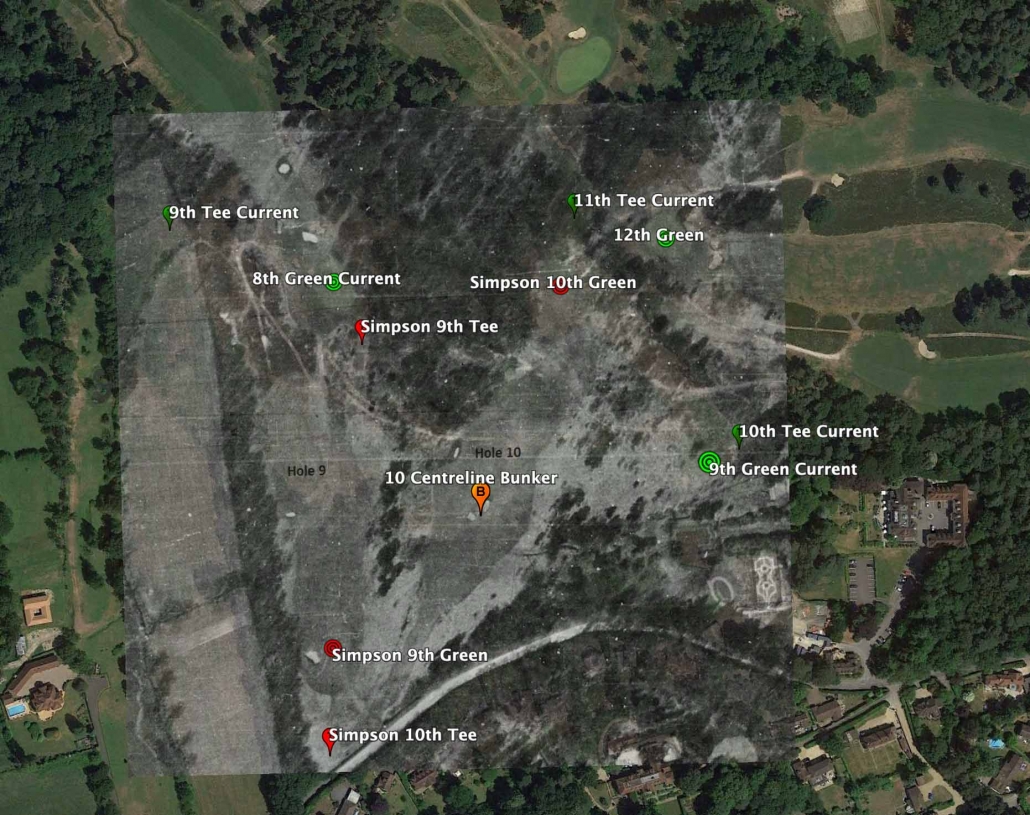