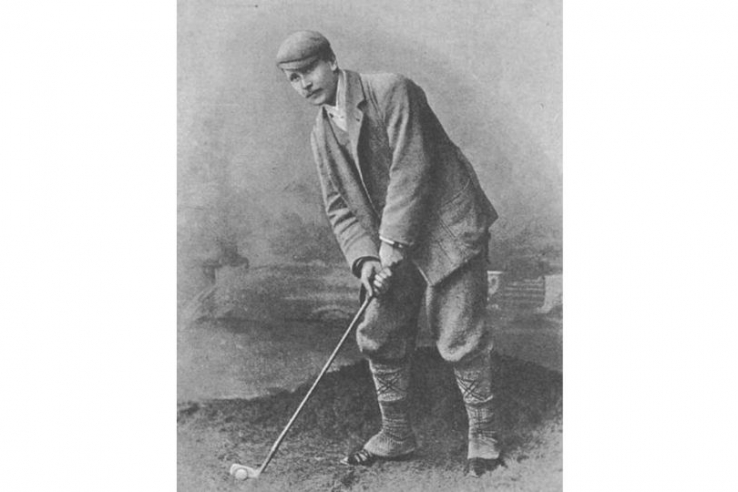 John Low is perhaps the grandfather of modern, strategic golf. He may have only built one bunker complex but it impacted the game more than any other single hazard in history.

In 1903, John Low's written work unfettered the shackles of penal Victorian golf course architecture. Coursing against the grain of the establishment, he was a visionary and a man to whom the modern game owes more than most.

John Low was one of, if not the first, to elucidate others on the merits of strategic golf course design. His work at Woking and in print influenced Arthur Croome and Tom Simpson. Countless others have been guided by John Low's musings ever since.

John Low's Articles of Faith provided the basis from which modern golf grew and can be read about more fully in his book 'Concerning Golf'.

1 - A golf course should provide entertainment for the high and medium handicapper while at the same time present a searching and difficult test for the accomplished golfer.

2 - The one aim of inventors is to reduce the skill required for golf. Golf architects must wage a battle against inventors by designing courses that emphasize golfing skills over equipment.

3 - The shortest, most direct line to the hole, even if it be the centre of the fairway, should be fraught with danger.

4 - The architect must allow the ground to dictate play.

5 - The fairway must be orientated to both the tee and the green, thereby stressing the importance of placing the tee shot in a position from which the green can be approached with safety.

6 - Bunkers should be used sparingly by the architect.

7 - Putting greens should be of the low, narrow plateau type, with the plateau tilting away, not toward the player. No putting green should be higher at the back than it is in the front, for that gives the player confidence. only half the flagstick should be seen from where the approach shot should be played.

8 - A course should never pretend to be, nor is it intended to be, an infallible tribunal of skill alone. The element of chance is the very essence of the game part of the fun of the game.

9 - Great golf holes involve a contest of wits and risks. No one should attempt to copy a great hole... If the terrain is suitable, some of the character of the original might be incorporated elsewhere.

10 - Inequalities of putting green surfaces should not be exaggerated. A tilt from front to back or left to right or vice versa is sufficient.

11 - Leave well enough alone, especially when (you) have a really fine course.