Edel Golf is an American-based golf equipment company. Headquartered in Texas, David Edel founded the company and made his name with exquisite, craft putters before they became putterporn for the woke crowd on social media. Linked to Nick Faldo and Bryson DeChambeau, there are a number of PGA Tour players that have visited and been fit by the putting guru.

David Edel founded Edel Golf to provide the ultimate putters and industry-leading putter fitting systems to the average golfer. The multiple patent holder and Californian native has developed groundbreaking products and continually innovates. Edel Golf sees fitting and equipment sales as a single product and pushes the industry standard on custom fit putters. There are no yearly product cycles or marketing gimmicks, just purpose-built putters, wedges, and single-length irons that will last a lifetime.

The current EAS lineup includes four putters. EAS 1.0 is a blade putter. EAS 2.0 is what could be described as a notchback blade. EAS 3.0 is curiously missing from the current lineup but we expect that hole to be filled in due course. The EAS 4.0 is a fanged hybrid. The EAS 5.0 is a classic mallet putter.

When going through the tour-level fitting experience you realised there is no such thing as an off-the-rack Edel putter. Every conceivable variable and component can be individually altered. The putter fitting process gives both the fitter and golfer instantaneous feedback on the impact of each component being interchanged.

The previous line of Edel putters was known as Torque Balanced. Much of the technology has been included in the EAS models in what could be said to be a more mainstream offering that is sure to be more palatable to the average golfer. The original models included the E1 (Mallet), the E2 (Modified Blade), and the E3 (Traditional Blade). The pixel face has been replaced along with the gold, red and black head-coloured options.

Edel Golf leads the industry with regards to custom-fitted or made to measure putters and single-length irons. They’ve now turned their attention to wedges and the product is spectacular. The new SMS (Swing Match System) has incorporated all the previous model’s innovation and added weight ports. There are four milled grinds available for every wedge from 48* to 60*. Loft, Lie Angle, Length, and one of 15 shafts from KBS, Nippon and True Temper come as standard issue.  The Edel SMS Wedge is optimised during the fitting and can be personalised with stamping, paint fill, and BB&F ferrules.

The Putter Tailor is a new made-to-measure mobile putter fitting company in the UK. There is a tour of Fitting Days nationwide being arranged along with one on one appointments. Evalu18 and The Putter Tailor are trusted partners. 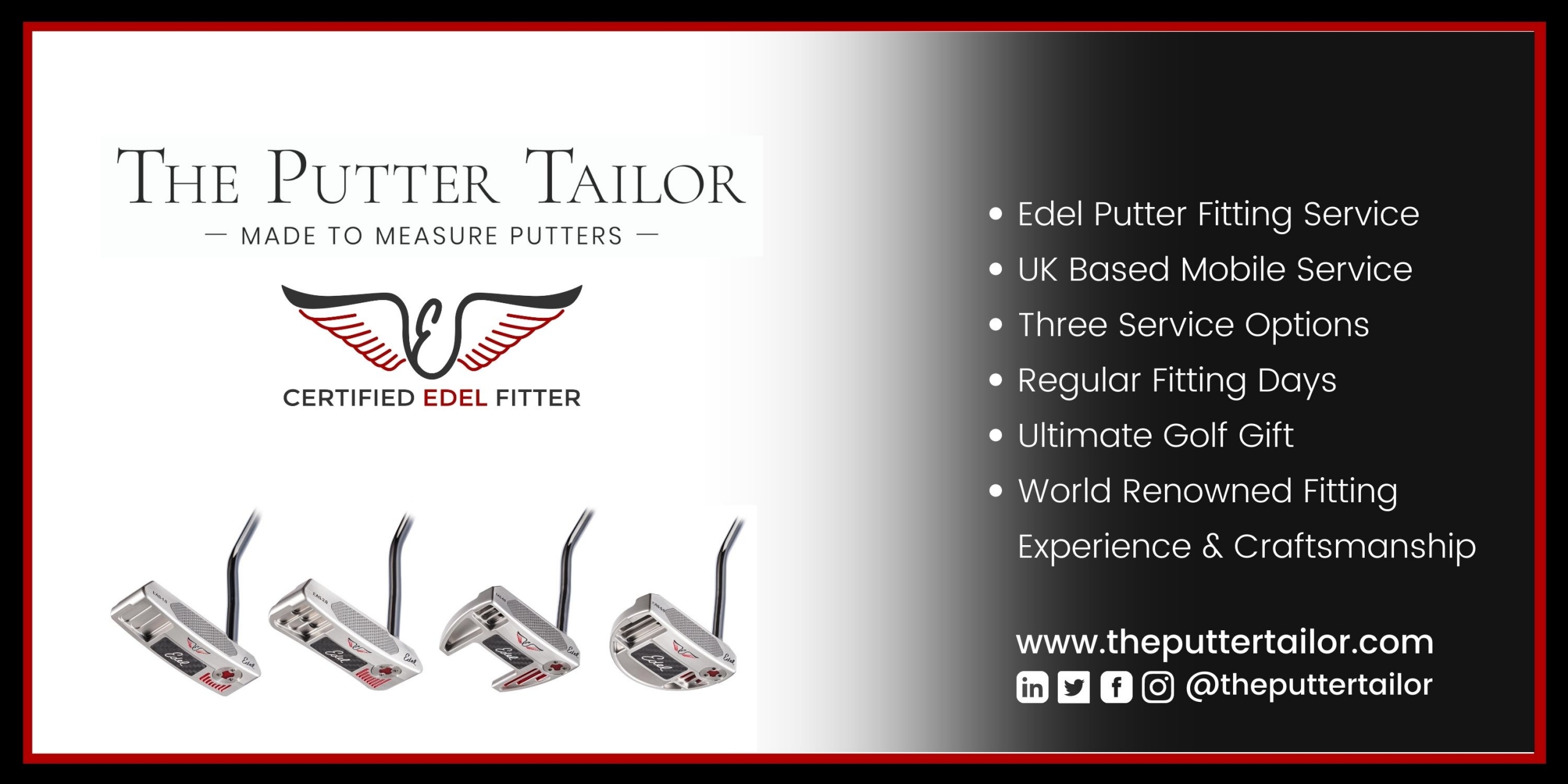 David Edel is perhaps best known for his early work alongside the enigmatic Bryson DeChambeau. Now a Cobra staffer, Bryson and met David when he was eleven years old. He had made Bryson putters and wedges for years and turned to David to create his single-length irons when attending college at SMU. Bryson went on to win the U.S. Amateur and NCAA titles using the clubs. A video with David Edel explaining the process can be seen here.

The current offering of Edel Golf’s single-length irons incorporates a single-length, advanced composite Kevlar Paderson shaft. The heads have variable weight adjustability with constant head size and bounce. The last bit of magic is the variable face thickness that moves the centre of gravity to exactly where it needs to be.

Edel Golf is synonymous with technology and innovation. Where it differs from other companies is its commitment to tour-level fitting of all its products. Edel Golf is committed to selling made-to-measure golf clubs to the discerning golfer who demands the best. Its network of Certified Fitters offers an unparalleled level of fitting that is not attempted to be challenged in the industry. If you demand the best, Edel Golf delivers. We game their kit and are able to wholeheartedly endorse the product.